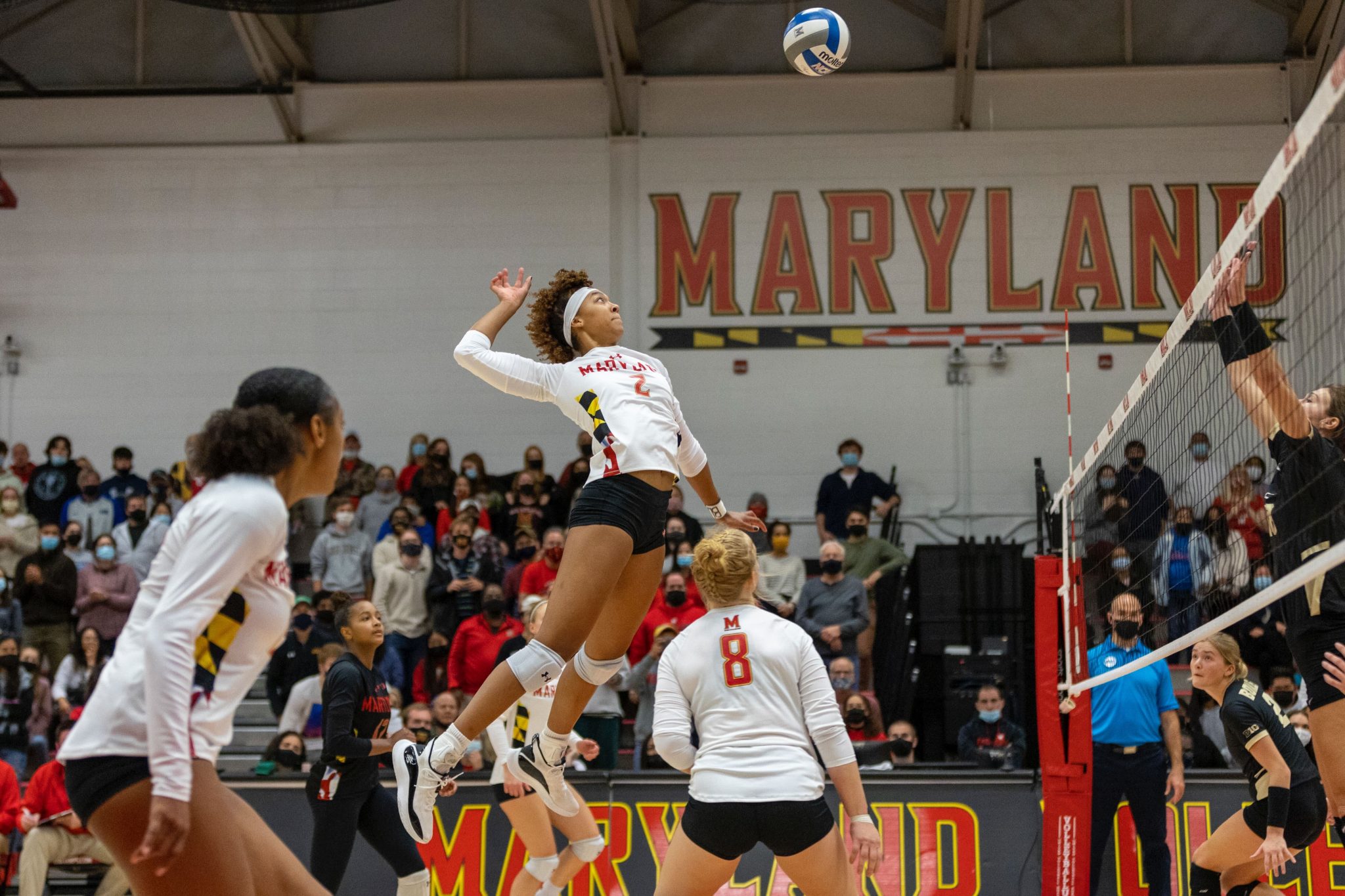 After a 19-win campaign last season, Maryland volleyball is poised to build on last year’s success with a core group of returning players and fresh faces primed to make an impact.

Last season, the program welcomed nine new players, but this year’s team has only four new additions, two of whom have prior experience at the Division I level.

The Terps retain six players who logged at least 100 sets for Maryland in 2021, as well as graduate student transfer Gem Grimshaw, who played 102 sets for Temple last season.

Entering 2022 with minimal roster turnover and established contributors is crucial for a budding program such as Maryland, which aims to further establish itself as a formidable challenger in the unrelenting Big Ten. “We’re not re-teaching a lot,” said coach Adam Hughes, who recently signed a five-year extension with the program. “I think we’re advancing a lot of things that we did in the last couple of years.”

The Terps will look to further advance their defensive dominance.

After leading the nation in blocks per set and finishing fourth nationally in total blocks in 2021, the Terps could replicate their proficiency in this season as they return four of their top five leading blockers from a year ago.

Among them is graduate student Rainelle Jones, who led the nation with 1.73 blocks per set, helping her earn first-team All-Big Ten honors.

Jones is primed to spearhead another stifling Maryland block in 2022 after electing to use her extra season of eligibility for one final ride with the Terps.

“It’s amazing to watch Rainelle grow into the human that she’s becoming,” Hughes said. “She’s really done a great job of putting her process ahead of everything, and she’s seeing the dividends of that.”

The leadership of Jones and other established veterans such as libero Milan Gomillion is crucial for newcomers such as freshman outside hitter Laila Ivey, who looks to establish a role in the Terps’ talent laden offensive attack.

“[Jones and Gomillion] have definitely helped me on and off the court become more confident since I’ve been here,” Ivey said after the team’s Red-White scrimmage. “It’s a little nerve-racking freshman year, and they’ve been through it, so they’ve been helping me a lot.”

With Jones and junior right side specialist Laila Ricks holding down the Maryland block, Ivey and junior outside hitter Sam Csire will anchor an offensive attack looking to climb the ranks in offensive proficiency. The Terps finished 12th in the Big Ten in kills per set a season ago.

“We’re trying to find ways to be a little bit more aggressive … what we are okay with them taking some risks for — it is a big point of emphasis for us,” Hughes said. “I think [Csire] has a better understanding of what she’s trying to do as an offensive player.”

The Terps emphasized a goal-oriented approach through their first traditional offseason in three years, seizing opportunities to improve individually and as a unit.

“In the spring, we put a lot of emphasis, obviously, on our individual work, so everyone came in with goals,” senior defensive specialist Lexy Finnerty said. “Everyone was really hardworking and really dedicated to each practice and to getting better. I think that is going to translate onto our season this year.”

Looking to build on a season in which it got off to its best start since 2005, won its most games since 2010 and defeated eventual national champion Wisconsin, Maryland will be buoyed by veteran depth and a sprinkle of young talent as it traverses through a 32-game schedule.

Having numerous familiar faces within the program will presumably help freshmen such as Ivey and Ally Williams along with transfers Grimshaw and Anastasia Russ adjust to Maryland’s system as the season progresses.

“That has been cool to see the younger players, I don’t want to say ‘struggle,’ but just have to pick up that learning curve,” Hughes said. “There is a lot of continuity, but there is also some nice fresh blood, and that merge, that mend, is what’s really important for us.”