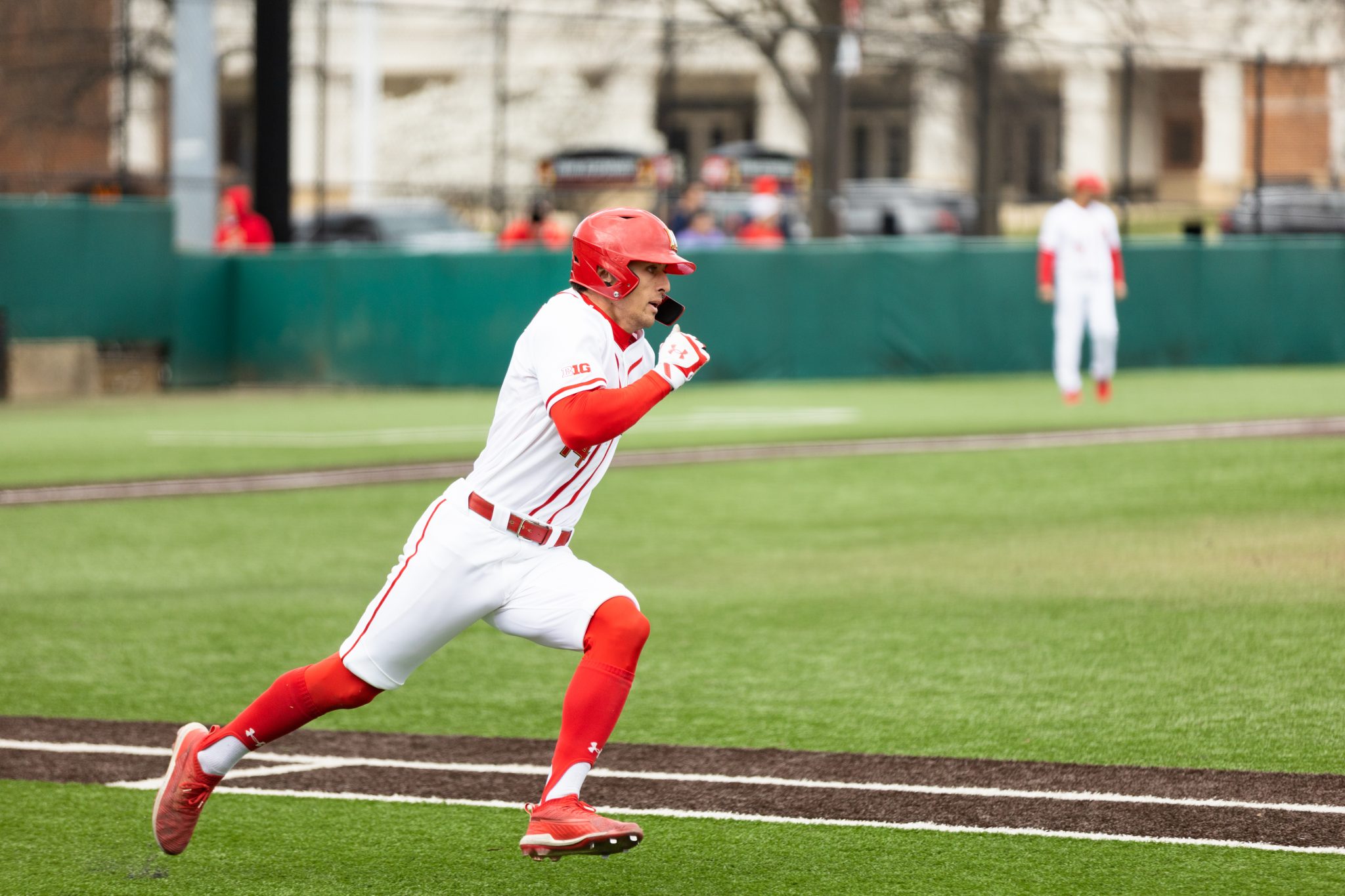 Maryland baseball coach Rob Vaughn couldn’t stand to stay at his home to wait for Maryland’s opening regional game in College Park. He wandered over to Maryland’s campus early — ripe with anticipation for what would be an historic day.

It had been a long time coming.

His predecessors, Michigan coach Eric Bakich and Virginia Tech coach John Szefc, never managed it despite their success outside of College Park.

Vaughn had the confidence he’d guide his team, and built on his first NCAA tournament appearance in 2021 with a record-breaking season that shooed in Maryland as a host.

And the day Vaughn predicted so long ago arrived on Friday. Crowds lined up outside of Bob “Turtle” Smith Stadium, something Vaughn said he had never seen before, and packed both the stands and the new left-field bleachers.

Maryland was coming off an atypical offensive performance in the Big Ten tournament that saw the Terps go 1-2 with 39 strikeouts at the plate. With the concerning performance in the background, Vaughn mused that the last thing his squad wanted to do was lay an egg in front of its record home crowd.

It was apparent the Terps needed to return to their record-setting regular-season selves to succeed in the College Park Regional and avoid a repeat of their early-exit in the Big Ten tournament. Maryland needed the explosive hitting that proved to be its trademark in several high-scoring outings this season.

On Friday night, the Terps returned to form — blasting nine runs in the second frame to kick off a monstrous 23-2 win over Long Island.

A key bunt from Bobby Zmarzlak kicked off Maryland’s scoring, and Vaughn points to that for their success in the frame.

“Something coach Szefc taught me a long time ago, ‘Take an out on a bunt, you give up a run. You don’t get an out on a bunt, it turns into a crooked number,’” Vaughn said. “That’s something I’ve brought with me my whole career…[Zmarzlak] did his job.”

From there, every score was all icing on the victory and not a player in Maryland’s starting lineup was left without a hit. By the time the dust cleared and the Terps celebrated their first playoff win in College Park, five different hitters had three or more RBIs.

Vaughn had led his team to a win in its premiere regional game at home, and built on his years-old promise. But he had plenty of individual help on Friday.

A stellar outing from pitcher Ryan Ramsey — five innings pitched with four hits and two walks to go along with 11 strikeouts on the day — helped sail the Terps to the finish line with ease in their 23-2 victory.

Maryland baseball more than impressed in their first-ever regional game at home. But a key contributor helped kick off their big inning as well — Troy Schreffler.

Schreffler, who had thrived in the Big Ten tournament with eight hits and four RBIs, banged a single to right and scored the first run of the nine that quickly put LIU away in the early-going.

“[The big inning] is pretty good,” Schreffler said. “It’s safe to say the bats are warmed up and ready to go tomorrow. Hopefully we come out with the same mindset we came out with today and get the win.”