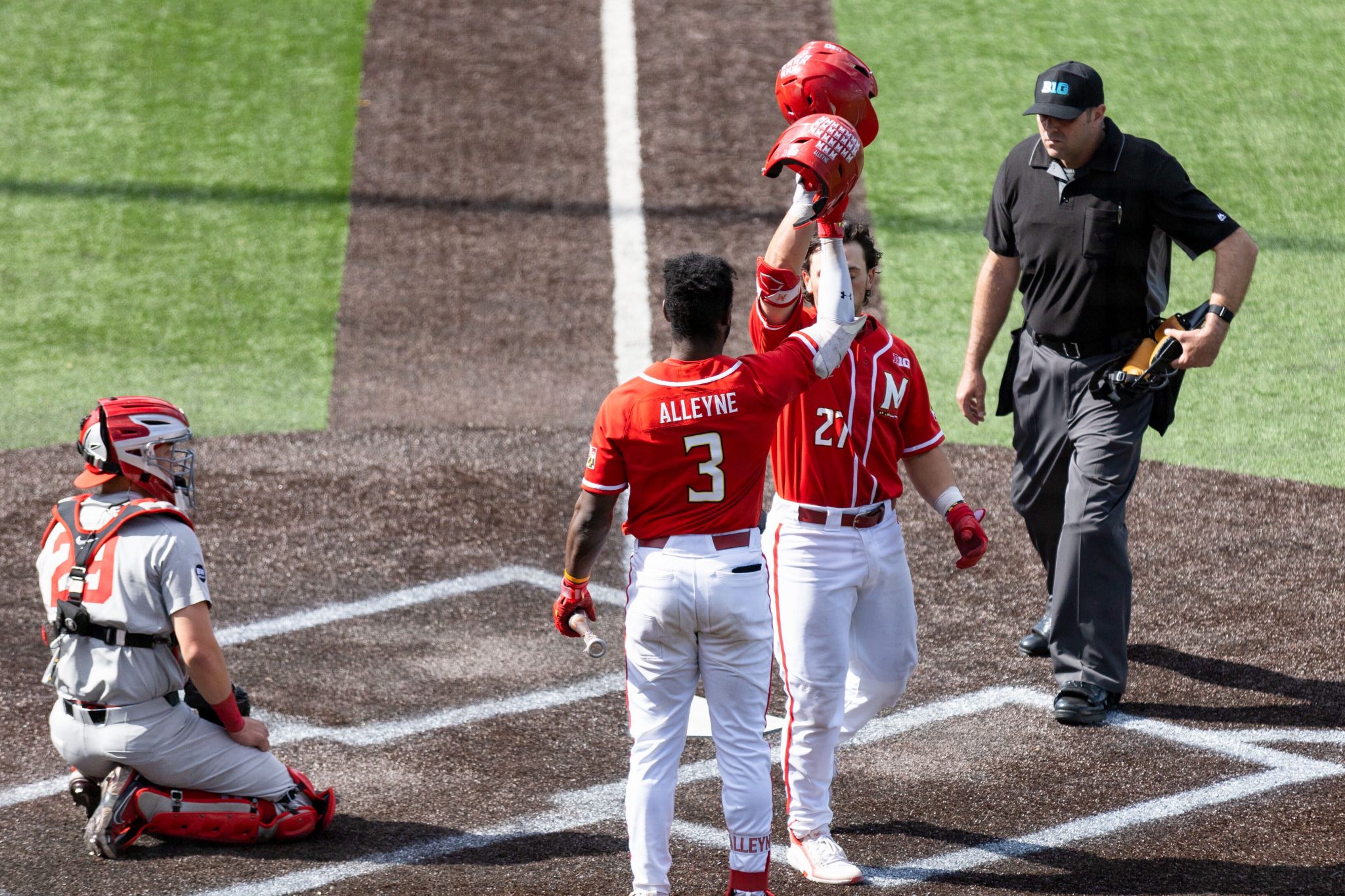 After losing to East Carolina in last years NCAA regional, Rob Vaughn had a heartfelt message for his team.

“I’ve never in my life been a part of a grittier group of dudes. You guys kept showing up, you kept being here with us and you kept believing in what we’re doing,” Vaughn said. “We will dogpile, I promise.”

And that they did.

The No. 14 Terps defeated the Boilermakers, 18-7, for their seventh consecutive victory and fifth straight game scoring ten or more runs. Friday’s win clinched Maryland a share of the regular season Big Ten title, its first baseball conference title since 1971.

The Terps improved upon their program-best win total and now stand at 44-10 overall and 18-5 in conference play. The win also clinches the series in Maryland’s favor. It has won all eight conference series this season.

Maryland came swarming out of the dugout, screaming with joy, jumping with exuberance and piling in celebration after the win — one the team sees as the first of many.

On just the third pitch of the Terps’ title-clinching victory, Chris Alleyne was thrown a fastball over the middle of the plate — and as he’s done all season, he capitalized.

Alleyne turned on the pitch and tossed his bat as the ball soared. All the Boilermakers could do was watch. The solo home run, one of two blasts from Alleyne on the day, was just the start of a Maryland offensive onslaught.

He smashed two home runs and had 5 RBIs. It was his second consecutive standout contest — the fifth-year senior and Big Ten home runs leader went 4-for-4 with a home run in Thursday’s victory.

Coach Rob Vaughn said ‘there’s no way,’ that Alleyne isn’t the Big Ten’s player of the year, and credits his decision to return to Maryland as one of the biggest factors to the Terps’ success this season.

“I think everybody on our team would agree we’re not even close to being where we’re at if that guy’s not here,” Vaughn said. “Just really, really proud that he’s getting to do this and lead from the front and he’s our captain and we go as he goes, and we follow him.”

But before Alleyne would expand the Terps’ with a three-run shot in the seventh inning, another scorching hot hitter helped the Terps.

Maryland took the lead after a three-run fifth inning but relinquished it in the bottom of the frame. Nick Dean allowed three runs on a pair of doubles and a home run to bring the game back to a tie. In his five innings Dean allowed 10 hits and five earned runs.

After that lead evaporated, the Terps needed a spark. That’s exactly what they got when Shaw stepped into the batter’s box.

Shaw entered Maryland’s second game in West Lafayette as the reigning national player of the week. He continued his blistering stretch with a go-ahead two-run homer in the sixth inning, giving Maryland the lead before it would never look back.

It was one of two home runs from Shaw, who went 4-for-5 on the day with 5 RBIs. In the last week, Shaw improved his batting average from .280 to .304, hitting eight home runs in six games while driving in 19 runs.

The cleanup hitter cited some minor adjustments as potential reasons for such a successful week — Shaw said he’s staying more upright and relaxed at the plate, lessening his chases at breaking balls in the dirt.

The adjustments are helping Maryland win games but they’re also helping Shaw in individual competition — a preseason bet he made with Alleyne before the season about who’d hit more home runs.

“Every time he hits one he has something to say, every time I hit one I have something to say,” Alleyne said. “So it’s kind of fun to go and cat-and-mouse chasing each other. It keeps us competitive and [we’re] just trying to win ball games.”

After Shaw’s home run, Nigel Belgrave pitched scoreless sixth and seventh innings. He started the eighth by allowing a lead-off double and a walk before being replaced by David Falco.

Both runners that Falco inherited scored, but he rebounded to exit the inning without allowing further damage. After he returned and pitched a scoreless ninth inning to secure the Terps’ victory, he was swallowed into the bottom of the dogpile.

If Maryland’s season ended now, this accomplishment alone would be one to be proud of. But the Terps don’t see themselves stopping anytime soon.

“This is a special group of young men we have here,” Vaughn said. “It’s a great feeling, but I think the one thing about this group that makes them pretty special is it’s kind of on to the next one. Obviously, we’re excited and fired up, but this group has big things coming in the next few weeks so we just got to keep our head down and keep going.”