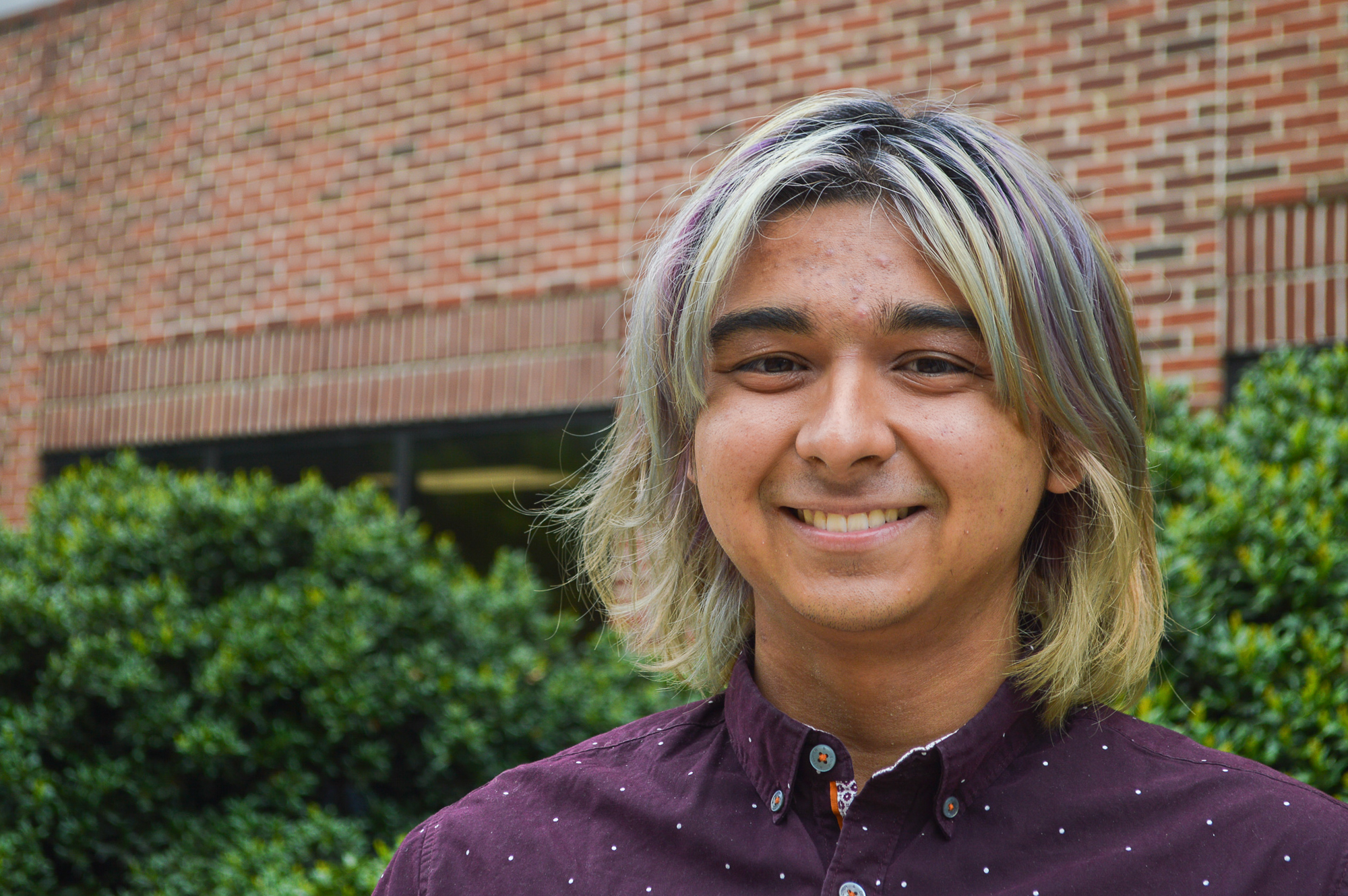 M Pease, a university senator, chair of the VP for Diversity and Inclusion Student Advisory Committee, and nonbinary/trans activist, pictured in front of Susquehanna Hall on May 5, 2022. (Giuseppe LoPiccolo/The Diamondback)

By Joel Lev-Tov
For The Diamondback

One letter can make all the difference for nonbinary students.

The University of Maryland has committed to implementing an “X” gender marker — indicating that a person is neither male nor female — by 2026 as part of a huge overhaul of its student information systems called the Elevate project, but many nonbinary students say that’s not nearly fast enough.

“I think the urgency of it has been all the more emphasized with the rise in anti-trans legislation,” M Pease, a senior psychology major, said. “It sends a message about whose lives and perspectives are considered valid, and whose are not.”

Two years ago, the university bragged about being ranked the friendliest college for LGBTQ+ students by a website called Best Colleges.

Last year, it fell to eighth place, but is still ranked four out of five stars. The lack of an “X” gender marker is a stain on the university’s reputation, Pease said.

“For an institution that speaks so highly of its own progress in these areas, it can often feel a little invalidating or performative when there is this blemish on our record, that there is a data system that so consistently and explicitly excludes nonbinary individuals,” Pease said.

Students’ gender marker is used for assigning students to sports teams, such as women’s and men’s soccer teams, and for collecting information about students at this university. Its official statistics don’t include any gender other than male or female.

Katie Lawson, a university spokesperson, said in a statement that the university “deeply” cares about its LGBTQ+ community and acknowledged students’ disappointment about the lack of an “X” gender marker, but noted nonbinary students can express their identity through Zoom and Canvas.

The existing student information systems aren’t sophisticated enough to connect with other systems that use an “X” gender marker, the university said, making a temporary fix impossible.

“Our current systems are outdated,” said Jack Blanchard, the university’s associate provost for enterprise resource planning and the chair of the committee working on the Elevate project.

The system is based on a coding language called COBOL, which is more than 60 years old.

“It’s increasingly difficult for us to maintain and support that system because it is so old,” he said.

Part of the new system is going live next year, but the part with the new gender marker can only be built once the first part is up and running, Blanchard, the university’s associate provost for enterprise resource planning, said.

“We all want improvements and benefits as quickly as we can have them. But I also understand the constraints that we have,” Blanchard. “We are focused on delivering this project successfully on schedule.”

Until 2026, though, nonbinary students are stuck with either male or female gender markers.

“On some level, I do understand that, like, there are frustrations and challenges that the IT department has to deal with, but it is people’s lives and their lived experiences,” Pease said. “And it speaks to the extent to which the university views certain identities as valid.”