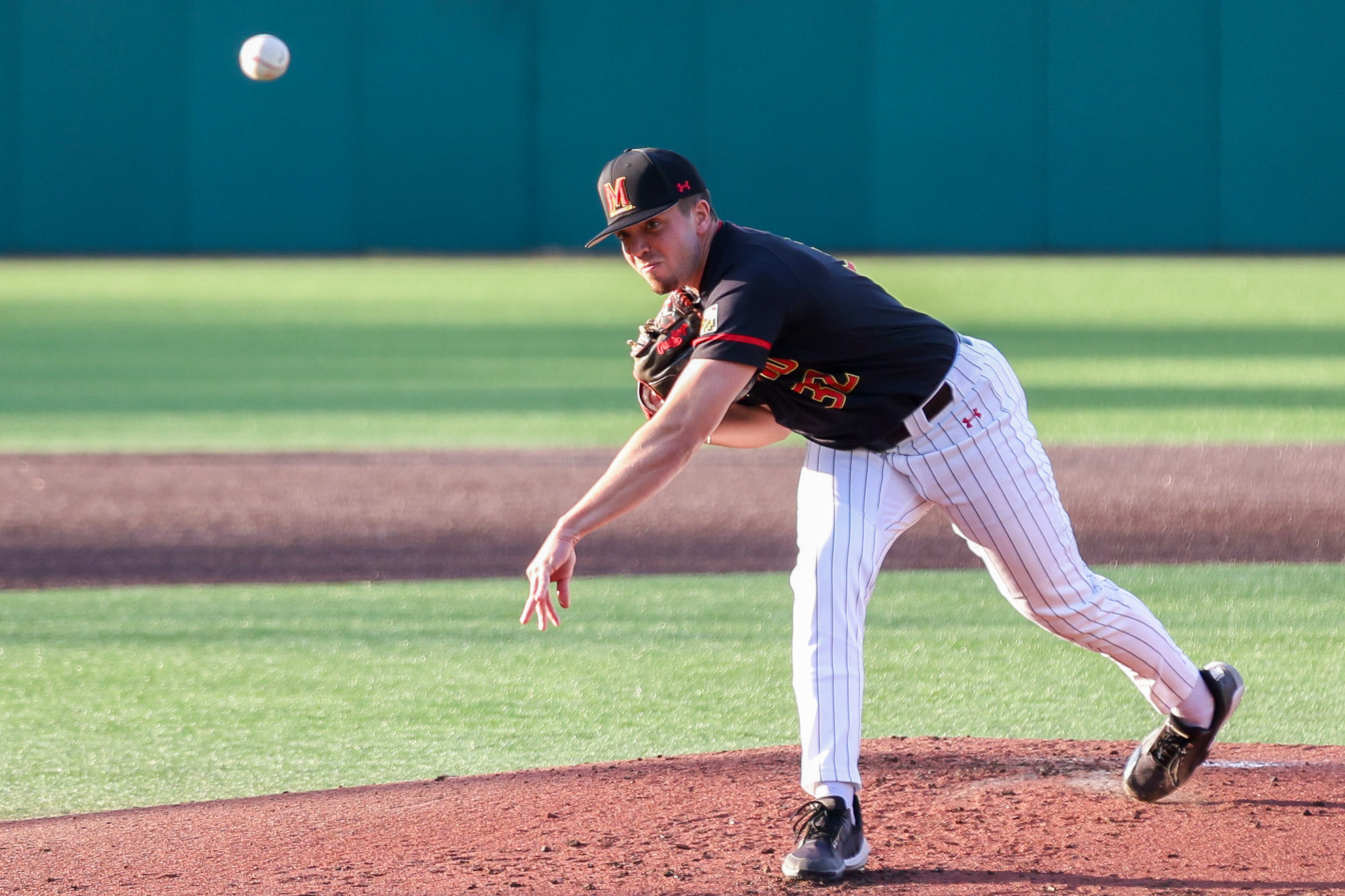 Amid the tight bear hugs of his teammates and the elation of a once-in-a-lifetime performance, Maryland baseball pitcher Ryan Ramsey saw two faces in the crowd.

His parents, Randy and Colleen Ramsey, were on hand. They had waited a long time — nine innings and 118 pitches — for their son to take his final trip off the mound.

That final trip came after a masterpiece.

Ramsey’s day couldn’t have been better. Twenty-seven batters went up, and 27 returned to the dugout dejected in his perfect game. He saw his parents and eventually scurried away from his fellow Terps, toward the dark green fence bordering the field.

He hopped it and found his dad standing in a bright, white sweatshirt before the two hugged.

“That embrace is all the years of hard work, all the years that my dad kept talking to me, making me better,” Ramsey said. “My mom driving me to a whole bunch of places to play baseball … it comes from them.”

“[My dad has] been my second coach in life,” he said. “He played at Mount St. Mary’s, pitched there … he’s kind of the extra guy that’s given me advice throughout my entire career.”

He turned to hug his mom, and it soon became clear that the pitcher wouldn’t forget these fleeting moments.

Meanwhile, coach Rob Vaughn couldn’t wrench his eyes off of the three Ramseys. The coach said the moment Ramsey hopped the fence and hugged his dad is burned into his memory.

Vaughn said it’s why he coaches — the sentimental moments and the hard work that translates into something tangible.

“I will coach for hopefully another 40 or 50 years and I might never see anything like that again,” Vaughn said. “To see the reaction of him, I get emotional with stuff like that.”

Ramsey undoubtedly put in the work.

A year ago at this time, he sat as a reliever in a crowded pitching room. But after Sean Burke departed for the pros, Ramsey seemed perfect to slot into a full-time role, especially after his strong start against Charlotte in last year’s Greenville Regional.

As he dealt smooth performances throughout this season, Vaughn promoted Ramsey to the lead Friday starter spot in late April. Competing against quality starters such as Nick Dean and Jason Savacool, Ramsey became top dog.

“A big question you have as a [pro] scout is ‘Okay, he was great in the bullpen, how does that translate into a starting role,’ [and] he’s answered about every one of those questions,” Vaughn said.

Ramsey’s ascension was not complete without struggles. He recovered from a hamstring injury in the preseason and achieved a stellar start to the season.

But the junior sunk into a lull the past few games — allowing the most runs in any four-game stretch for him this season.

But on a Friday night against Northwestern, it all faded.

In just 11 games, Ramsey became a starter and threw a perfect game, the first by a Maryland pitcher in over 60 years.

“It’s something you really just dream about, something you joke with your dad about every once in a while,” Ramsey said. “It’s cool to see that come to life.”

One hanging curveball, one miscalculated ground ball, one gust of wind — any of those could’ve easily wrecked Ramsey’s first Friday night start.

Instead, all 118 pitches flew true. Now, when the junior heads home to New Jersey this weekend to face Rutgers in another crucial conference series, he’ll have one more accolade.

Ramsey may never forget his unblemished outing — but the embrace with his parents will forever remain etched in his mind.