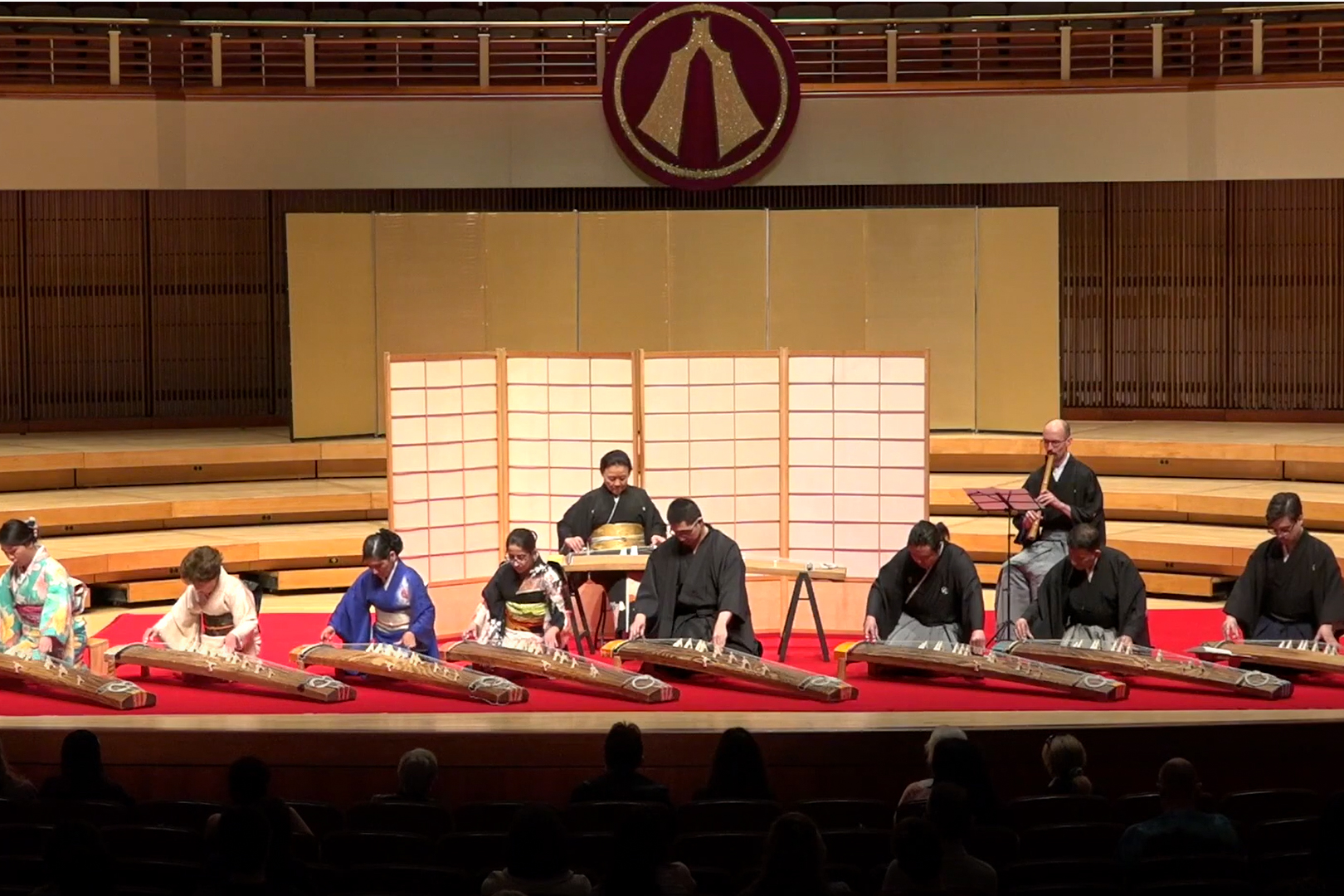 By Tyrah Burris
For The Diamondback

The students, dressed in colorful kimonos, were accompanied by singers, a flute player, a Japanese flute player and members of the Washington Toho Koto Society.

This 13-stringed Japanese instrument originated as a religious instrument used for ceremonial purposes. In the 17th century, a blind musician learned how to play the instrument from a monk, according to Kyoko Okamoto, the director of this university’s Japanese Koto Ensemble. The musician then taught it to the common people.

“We had all these different instruments come together for this ensemble, and it was really awesome to see all the pieces come together and experience something new,” said Cole Shapiro, a senior animal science major and a student in the beginner koto class.

The yearly concert is typically held in April, said Coco Lei Li, an alum and member of the Washington Toho Koto Society. The event coincides with the end of the cherry blossom season.

Members of the Washington Toho Koto Society traveled from Florida, New York and Massachusetts to play in the concert.

Sabrina Sanchez, a clarinet performance graduate student, started playing the koto this semester. She said picking up a new instrument for the first time was nerve-racking, but the Washington Toho Koto Society community helped.

“They make you feel so loved and cared for and that you’re going to do great, and the community feel is just awesome,” Sanchez said.

Students learned the meaning of Japanese symbols and numerical values to learn to play the koto, Shapiro said. Okamoto incorporated more parts of Japanese culture, such as ending and beginning class with a bow and always saying “thank you.”

“It was really cool to see how even though you can just play an instrument as it is, we still were involved in the customs,” Shapiro said.

Sanchez, a Hispanic woman who grew up in a Texas city with a large African American and Hispanic population, enjoyed the opportunity to participate in and learn about a new culture.

“We essentially got to learn this whole other part of a new language that I have never really known or had the opportunity to learn,” she said.

The musicians sit on their knees to play the instrument, a style of playing influenced by Buddhism and Shintoism. Sitting on the ground conveys being close to the Earth and being humble, Okamoto said.

People from different cultures can now come together to enjoy the Koto’s sounds and melodies.

“It was a special experience, because I am not Japanese. I am Chinese, and I know Japanese music, and it’s like you can see a culture,” said Gloria Wang, a mother of one of the performers. “Sometimes, I would like to close my eyes when I hear the music to imagine you’re entering the other culture.”