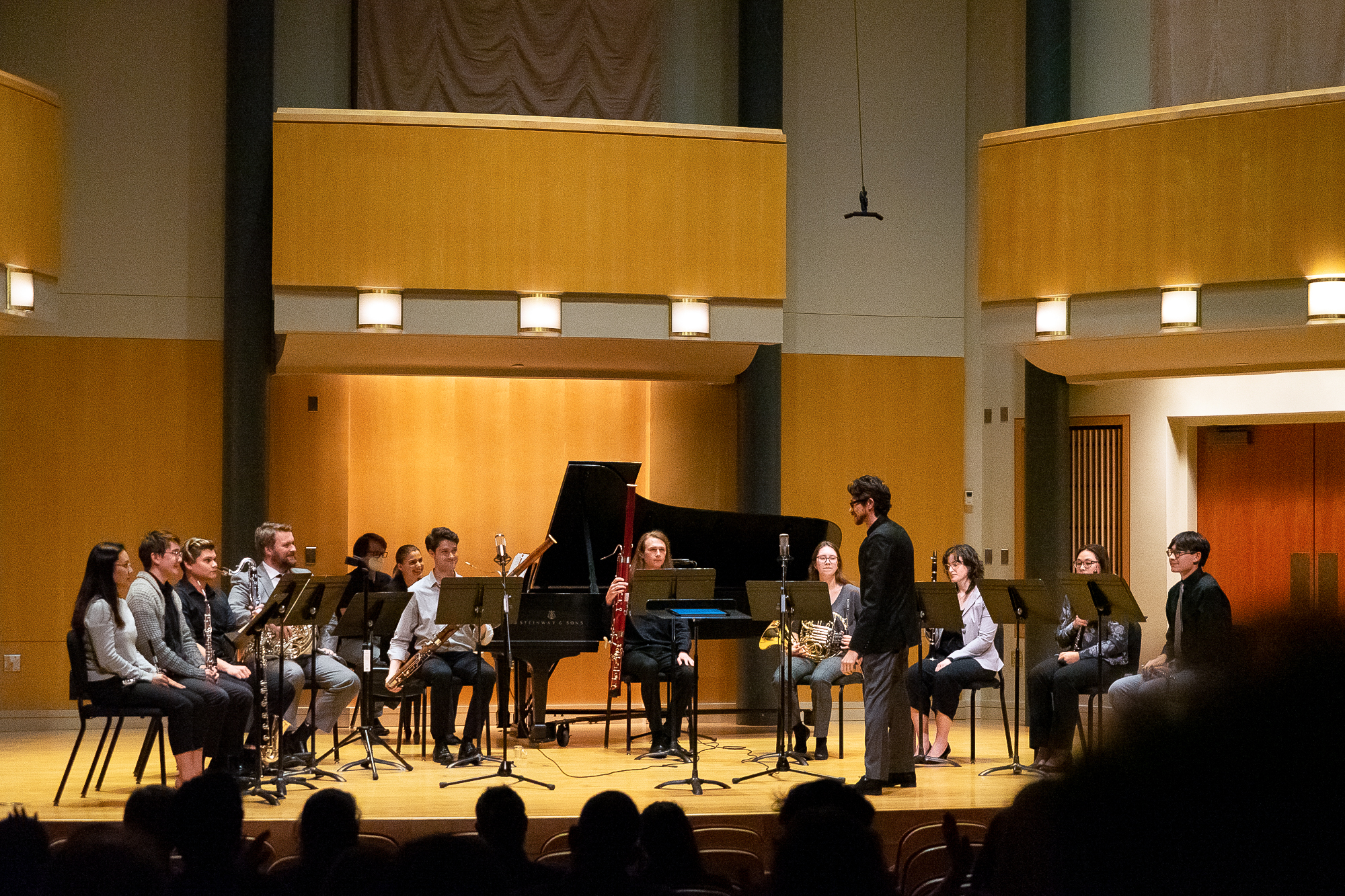 By Freddy Wolfe
For The Diamondback

The University of Maryland highlighted original compositions in “New Music at Maryland,” a concert showcasing works created by student composers, on April 18.

The first half of the show consisted of five solo pieces composed by four different students. One of those students was Sean Kim, a freshman cello performance and music composition major.

“It was definitely a very surreal experience,” Kim said. “This was the first time I actually had my compositions performed live in front of a really big audience.”

Kim performed his piece “Theme and Variations for Solo Cello” and had his piano composition, “New Beginnings,” performed by piano performance graduate student Leili Asanbekova at the concert.

“It was more of an experiment to see how weird I can get with it but also still make it … still palatable,” Erickson said.

After an intermission, the second half was comprised entirely of a five-movement piece composed by lecturer William Kenlon. Kenlon’s composition, “Desire Paths: Chamber Symphony for Double Wind Quintet and Piano,” was his dissertation for his doctorate, which he received from this university in 2017.

Kenlon had the idea for the piece after learning about the desire paths, which in urban planning is a footpath created by continued use of the shortest or most easily navigated route to a destination.

“The piece is my attempt to explore the idea of a musical desire path, where there is a main idea that kind of works its way through the piece … even though it is beset by a number of impedances along the way,” he said.

This was the first time “Desire Paths” was performed live.

Kenlon stressed the importance of this opportunity for young composers to have their work performed.

“Having your work played live is a better teacher than taking any class,” he said. “You’re gonna learn a different set of things from the performance of it than you would learn from just writing it.”