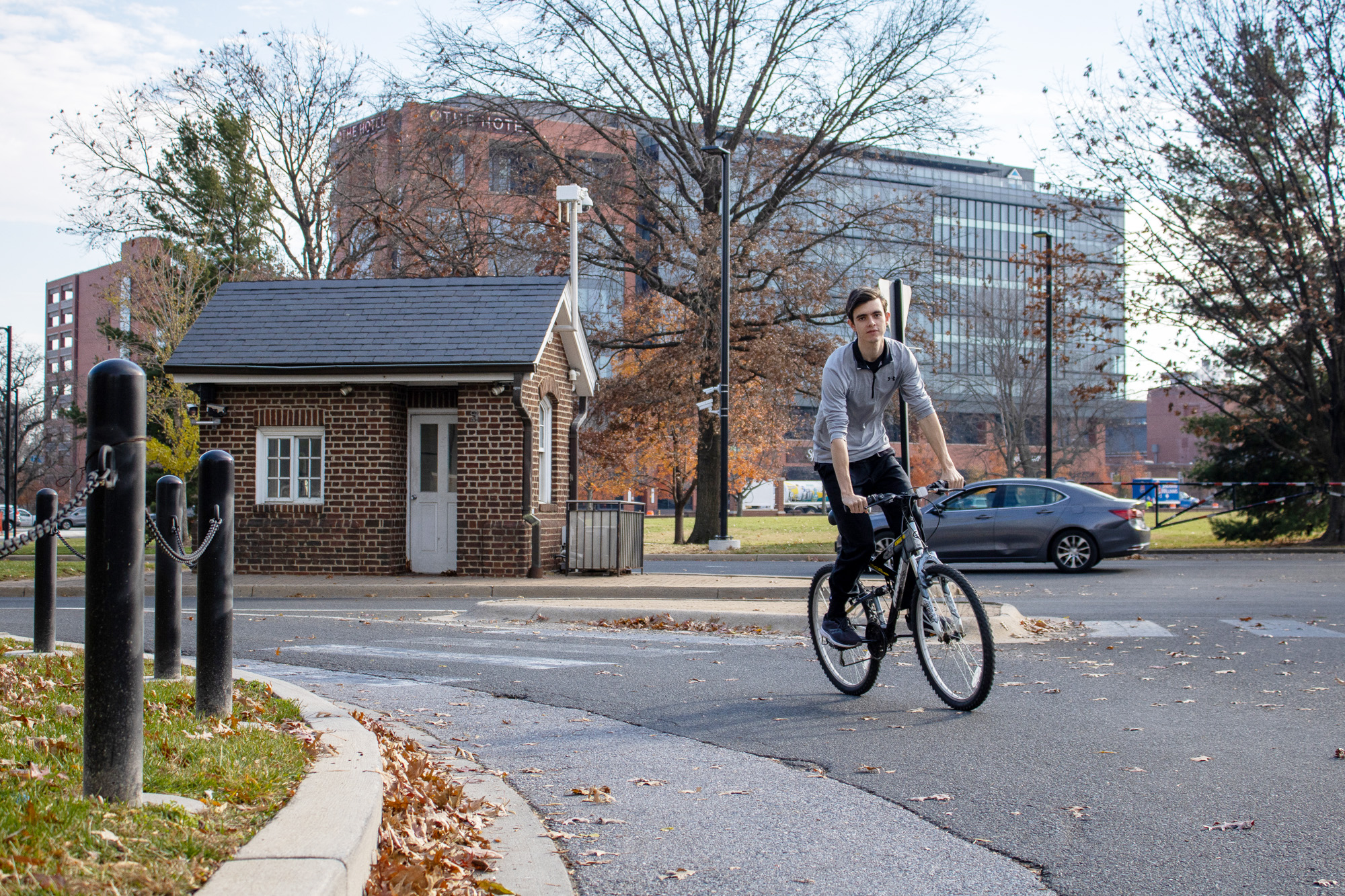 By Olivia Nicholson
For The Diamondback

The University of Maryland campus could be one step closer to getting its first bike lanes as the construction of a new bike lane has already been funded while feasibility studies are being conducted for others, according to the Department of Transportation Services.

The university funded bike lane would run alongside the Purple Line on Campus Drive, from the west side of campus to Rossborough Lane, according to the Department of Transportation Services. Future bike lanes can be part of the facilities master plan, which is in development.

With a growing number of bicyclists on this campus — and bike advocacy groups — students are still pushing for better bike infrastructure.

Webb, a senior civil engineering major, said he hopes the new bike lanes will be protected, as most people feel safer riding bikes if protected lanes are available.

Webb says he’s seen some close calls himself. He recalls a time when he was closely passed by a car and then yelled at to get into a bike lane, but there wasn’t a bike lane at all.

“We want to make sure that we’re building bike infrastructure that is comfortable and safe,” Webb said. “Just painting some bike lanes, with no actual protection, isn’t really going to accomplish that on many campus roads.”

[Bike Basics: A guide to biking at UMD]

Luke Litrenta, a member of the triathlon and cycling clubs in addition to being a frequent bike commuter, agrees. He bikes everywhere he needs to go, from La Plata Hall to the Iribe Center, on and off-campus. In his experience, both cars and people tend to ignore bikes outside of bike lanes.

“One of the biggest issues I have faced [is] some random person walking across the street, not paying attention,” the sophomore computer engineering major said. “If they put a physical barrier up, like ‘this is the bike lane,’ it might solve the issue for a bit.”

Mackley said he was nervous to start biking when he first came to campus. He said his girlfriend was hit by a truck on the campus, but came away without injury. The incident drove Mackley to advocate with Terps for Bike Lanes.

“Our mission is important to students on campus,” Mackley said.

Hiro Iseki, an associate professor of urban studies and planning in the university’s architecture school and a member of the Campus Transportation Advisory Committee, says DOTS has been working on planning bike infrastructure on campus. But the department can’t implement anything without the coordination of other campus stakeholders, including Facilities Management.

Besides DOTS, Facilities Management, the UMPD and the university’s ADA/504 coordinator, with a student work group advising on student facilities’ needs and mobility infrastructure, will also need to sign off on the new facilities master plan in progress. The Architectural and Landscape Review Board and Facilities Council will also oversee the approval process.

Early in the process as the situation may be, the announcement to bring bike lanes to campus is still a step forward in the push for better bike infrastructure at this university.

“It’s definitely [going to be] a long process,” Webb said. “And I’m a senior, so I’m not going to see any of it… I think there [are] definitely things that could go wrong. But it seems like we’re actually making progress.”