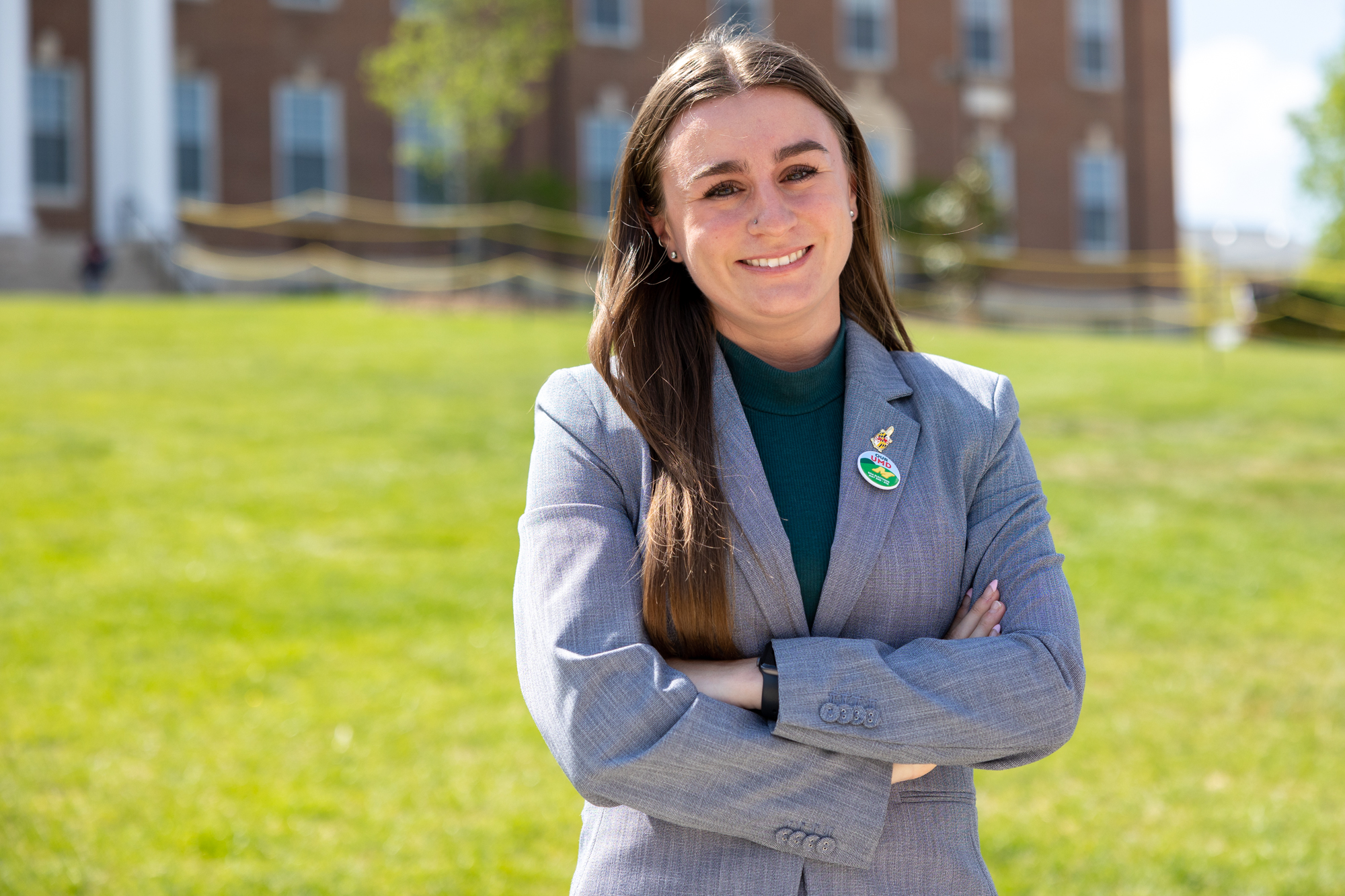 Josie Urrea, a junior Chinese and public policy major, and Our UMD's candidate for SGA president on May 2, 2022. (Cam Andrews/The Diamondback)

Meghana Kotraiah, the current speaker of the legislature for the University of Maryland Student Government Association, was surprised when Urrea decided to run for student body president. Urrea has never been outspoken about wanting to be president, Kotraiah said.

But, Kotraiah said it also did not surprise her that Urrea decided to run because of her character.

“She’s a very duty driven person,” Kotraiah, an agricultural and resource economics and government and politics major said. “So if she feels like something is calling her or like she has to do it, she will do it.”

Urrea has spent the past three years involved in the SGA, dedicating most of her time to the Sexual Misconduct Prevention committee. She said one of the primary issues that sparked her drive to run for office is working on restructuring the way the SGA does student group outreach.

“I just don’t think we do enough outreach to explain to the student body what we do, how we do it and the actual initiatives that we are doing, and I think that has made us come off as a very elitist and inaccessible group,” Urrea said.

To change the way student groups view the SGA, Urrea wants to improve outreach by letting student organizations know they can come to the SGA for help with student advocacy efforts. If elected, Urrea plans to implement liaison positions within the Office of the President to give more communities a voice in decision-making processes.

The liaisons would work with underrepresented communities along with the Greek councils on the campus. Those representatives would be tasked with relaying what the SGA does back to their organizations.

In preparation for the election, Urrea has also been meeting with student leaders on the campus and familiarizing herself with the intricate problems student groups face.

Emily Tocco, the deputy director of SMP, has worked with Urrea in SMP for the past three years. She said she thinks Urrea would be a good president because she makes sure everyone’s voice is heard in her role as director of SMP.

“She really values hearing different student voices, but also forming good relationships, not just with administration, but with other groups on campus,” Tocco said. “Just basically doing everything that she can to make sure that we’re hearing everybody, taking everyone’s voice into consideration when we’re organizing events and deciding what we bring up to administration.”

Kotraiah, who is running on the Our UMD ticket as the agriculture representative, said Urrea is the reason she became drawn to join the party’s ticket. Empathy-led leadership is a priority for Our UMD, according to Kotraiah, and speaking to students and cultivating those relationships is where that starts.

“And that’s what I hope that Josie will continue next year,” she said. “And it’s not just Josie, it’s everybody in the organization, but that leadership from the top is really valuable.”

Urrea said she sees Our UMD’s platform as collaborative, action-oriented and advocacy-driven.

“I think our vision for UMD is what sets us apart,” Urrea said. “Our whole values of making this our campus really shows that we represent a variety of student experiences, backgrounds, identities on this campus, and we’re all doing this because we wholeheartedly are very passionate about advocacy and making campus a better space for all students.”