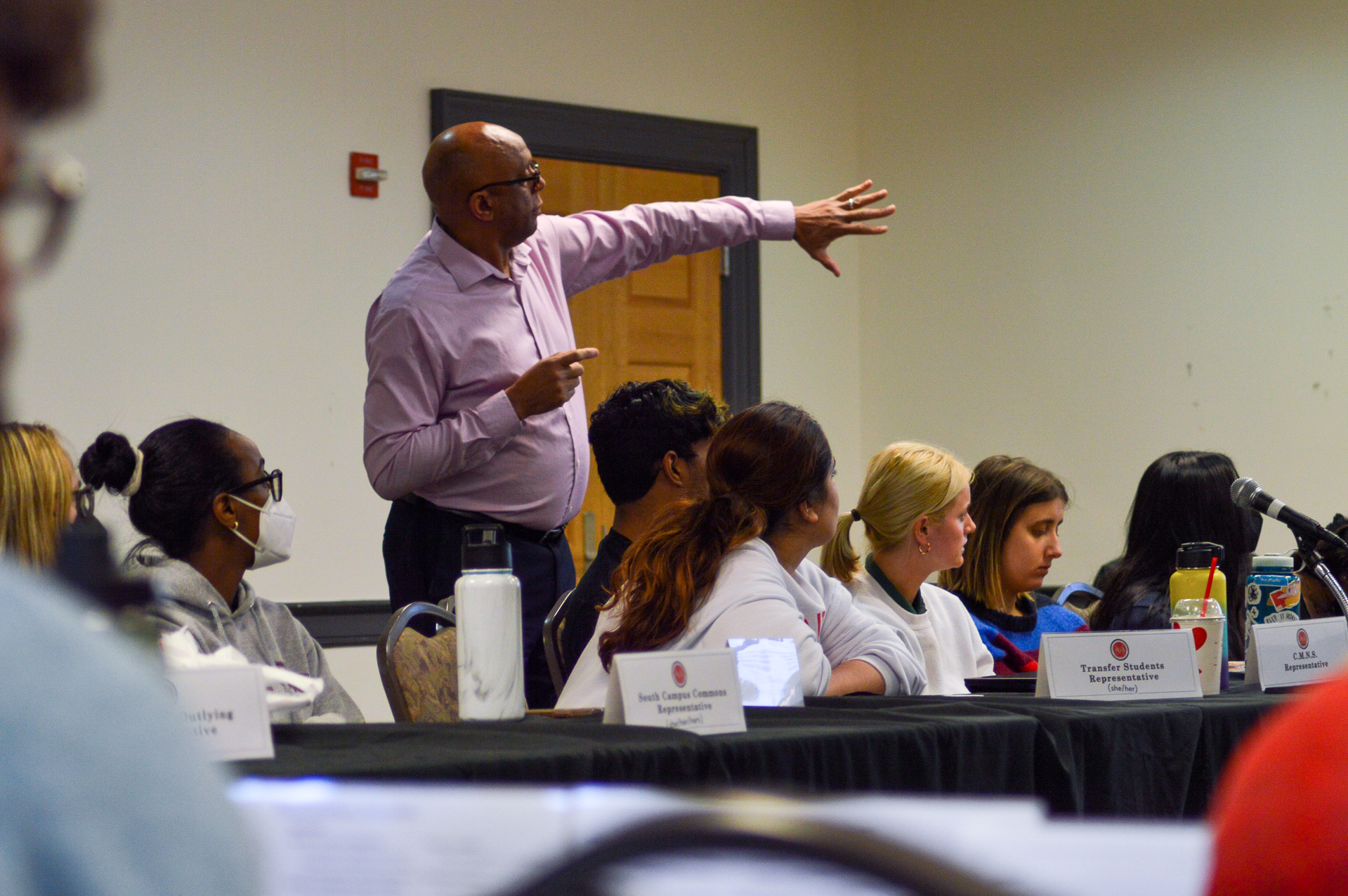 David Allen, executive director of the University of Maryland Department of Transportation Services, spoke to the SGA at its general body meeting Wednesday night with transparency about the current financial state of the department and estimated future revenue.

Allen said DOTS has been struggling with its budget for a long time, but it has come up with a plan that is more long-term and sustainable. He said the department has been talking about this plan for months and now believes the timing has aligned.

“It happens to be perfect right now for us to be able to have the opportunity to kind of strike now,” Allen said. “I’m providing you this information because we need your input.”

While Allen said DOTS has not increased the parking fee since 2019, costs have spiked significantly as the COVID-19 pandemic has resulted in a reduction in revenue due to fewer people parking on campus.

The COVID-related deficit is estimated to be $4.7 million, according to Allen.

However, because more people have been on campus and parking during fiscal year 2022, more tickets have been issued and the department expects they will end the fiscal year with a surplus of more than $2 million. Taking this into consideration, DOTS will end up with about a $2.6 million structural deficit for parking, Allen said.

Allen also addressed students’ concerns about the decreased Shuttle-UM services. Allen said they had to cut the shuttle operations by more than 60 percent, which has not been widely popular among students who take Shuttle-UM buses to get to class.

“It’s clear to me that, for our department and myself and students in general, we are not doing the job providing shuttle services because it’s reduction in revenue,” Allen said.

He said DOTS lost revenue for Shuttle-UM primarily because parking does not subsidize the shuttles anymore.

Despite the current debt the department is experiencing, Allen said he expects parking to have a revenue of almost $20 million by 2028, partially from parking not subsidizing the shuttles anymore. While he said there will be no parking fee increase from 2024 to 2028, there will be increases for the following couple of years.

Allen also said the department is asking the university for a $6.5 million loan with 1.5 percent interest with the intention of using the money to offer a larger shuttle service. DOTS plans to have up to 10 to 12 more shuttles running eight to 10 hours a day, starting in May.

Mira Bayraktar, the off-campus neighboring representative and sponsor of the bill, created a survey with Vice President Josie Shaffer about two weeks ago, which received 230 responses. One hundred percent of respondents said the university should provide free menstrual products on campus.

Currently, 19 academic buildings are left out of the pilot program. Several survey respondents said they “never know which [bathrooms]” the menstrual products are available in.

“We’re asking for about $9,000 to install 29 new menstrual product dispensers in the remaining 19 bathrooms on campus,” Bayraktar, a sophomore public policy major, said.

The bill also allocates more than $140,000 of SGA surplus money toward this initiative of providing free menstrual products to the 54 buildings now in the pilot program. It passed with a vote of 28 in favor, zero against and one abstention.