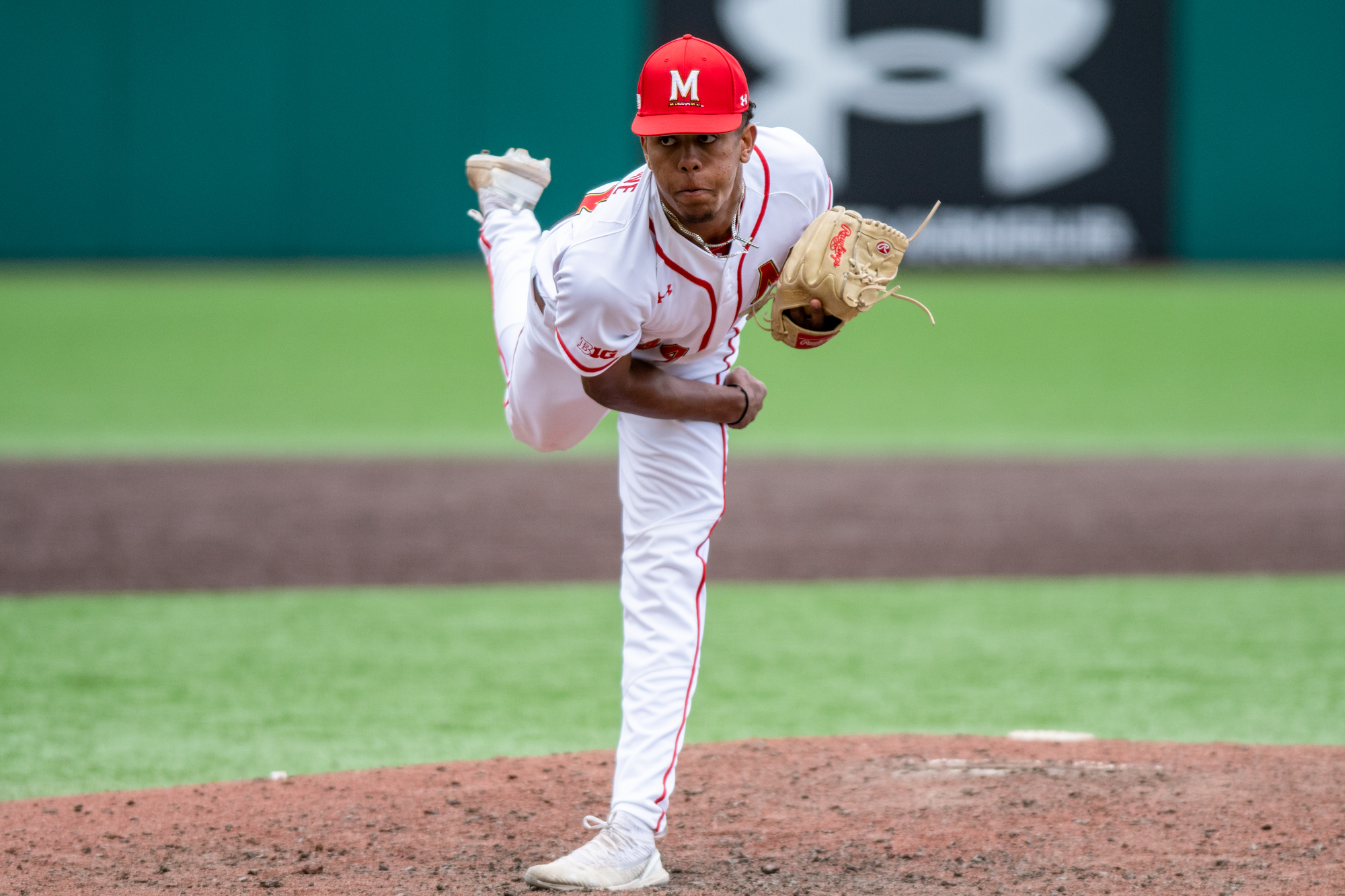 Relievers Nigel Belgrave and Dave Falco held a tall task this weekend — closing out a dynamic Illinois lineup that eviscerated Maryland’s bullpen the day before.

Friday’s 19-1 defeat must’ve weighed on their minds as they both snatched the mound and tried to close out nail-biting victories in Saturday’s doubleheader. Nothing came easy against the Illini, a team that tested Maryland’s starters throughout the weekend.

But when called upon, Belgrave and Falco steadied the Terps’ bullpen against a red-hot offense.

Falco came up first, grabbing the mound after Sean Heine surrendered a game-tying two-run shot the inning before. The redshirt sophomore’s stuff wasn’t evasive against the confident Illini offense, but it did the job.

“I thought Dave Falco was outstanding,” Vaughn said. “Dave made every pitch we needed him to make.”

The redshirt sophomore yielded a trio of light-contact outs to end the eighth inning and gave his offense room to add another run for his ninth inning stint. But the three-run lead couldn’t stand.

After grabbing two early flyouts, the reliever caught himself in a pressure situation. A single and a hit batter put two runners on in the bottom of the ninth inning as the Fighting Illini faced a three-run deficit with two outs. Falco needed just one pitch to put them away with a batter down in a 1-2 count.

He delivered — but Matt Shaw fumbled the ensuing ground-ball to allow a pair of unearned runs. Illinois eventually tied it up with a single before Falco stopped them short of a walk-off victory by forcing a groundout.

His outing didn’t look spectacular on paper, but he did enough to give Maryland a chance to repent for its mistakes.

Noah Mrotek took over for Falco in the tenth and closed cleanly after an explosive four-run frame by Maryland’s offense put the Terps in prime position to grab the victory.

Still, Falco’s pair of innings stood out in a weekend where Maryland struggled to pitch any scoreless innings — mostly notably in Friday’s drubbing, where several relievers racking up earned runs allowed in short outings.

Belgrave had fewer issues after taking over for Jason Savacool in the second game of the doubleheader with an exhausted bullpen. Like in the first game, Illinois faced a three-run deficit, but it sparked no theatrics this time.

“What Nigel did is not easy,” Vaughn said. “That guy sat around the field for 12 hours today and doesn’t do anything … [then] the dude’s 95 with a hammer breaking ball pounding the strike zone.”

Belgrave needed only eight pitches to square away the Fighting Illini as he assisted Maryland to a hotly-contested series victory.

“We really did a great job today of taking that event from Friday night and turning the page,” Savacool said. “It’s really, really hard to be a part of a game like that and have confidence going into the next day.”

Maryland turned an 18-run defeat into a doubleheader sweep the next day. While the Terps weren’t dominant over the weekend, they were resilient, and their relievers epitomized that.

Despite watching their bullpen get torn apart for 13 earned runs the night before, Falco, Belgrave and Mrotek allowed zero in their appearances.

“It’s huge when you’re not having to use some of those [high] leverage arms [in game one of the series] because that’s what gave us a fighting chance today,” Vaughn said.