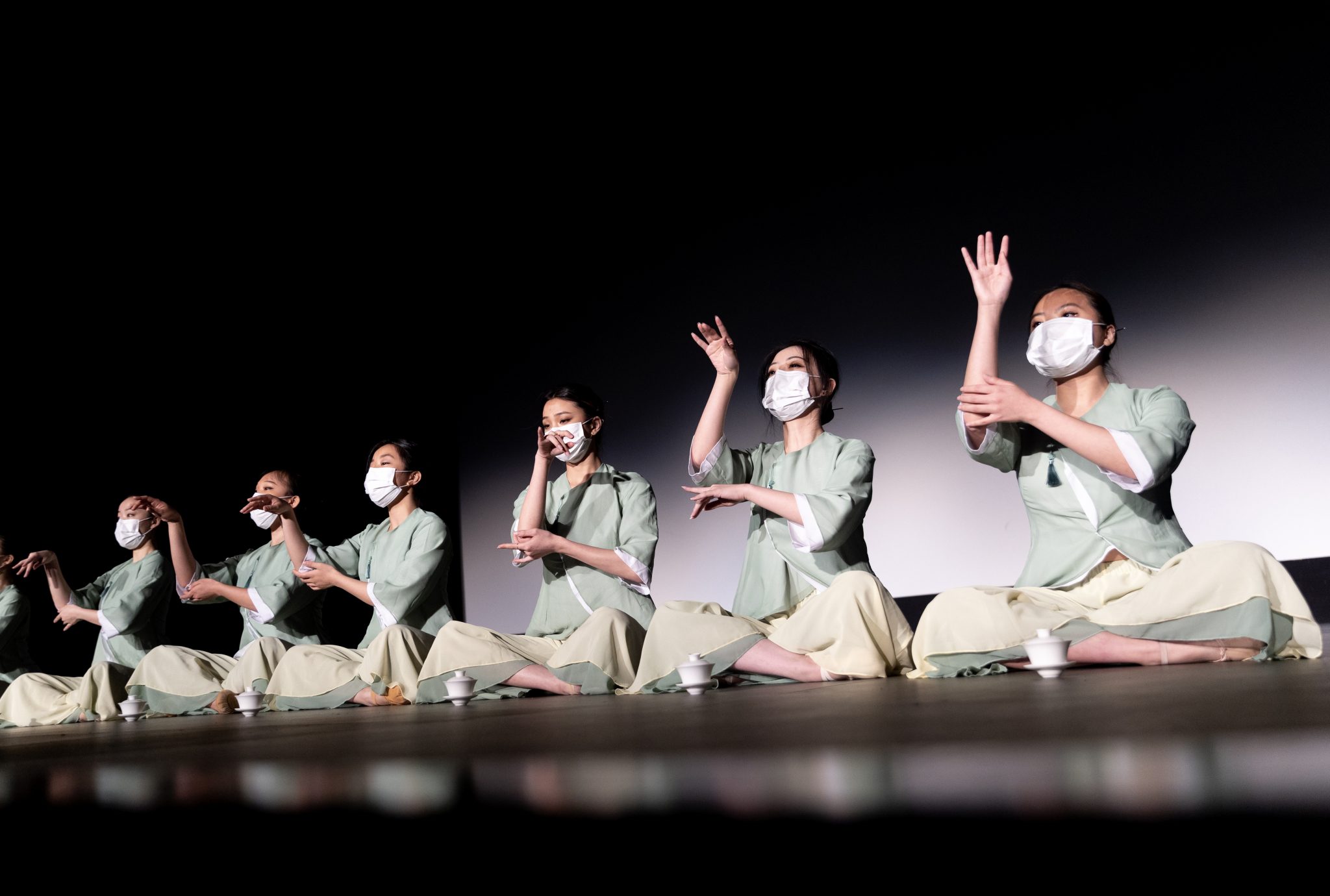 The University of Maryland Tianyi Dance Team celebrated its 10th anniversary Saturday night with its yearly end-of-the-year showcase at the Hoff Theater.

This was the Tianyi Dance Team’s first in-person showcase since the COVID-19 pandemic started, and it had all the dancers wear masks to respect the University of Maryland policies regarding COVID-19.

The group has been preparing for this showcase since the summer. The show was just more than two hours long and had sponsors such as the Student Entertainment Events Funding Board and the Student Government Association.

“[This showcase] is a culmination of all the hours that we put in, and it’s also just a display of Chinese dance and other Chinese art forms,” said Erin Rao, the president of the Tianyi Dance Team.

The showcase also included some guest performances from other groups, such as TerpWushu, Gina Ling Chinese Dance Chamber, UMDiablo and Xuejuan Dance Ensemble.

The Tianyi Dance Team was established in 2012 and is the university’s only Chinese cultural dance team. This dance team is a group of students who express interest in Chinese culture through folk and traditional Chinese dance.

The Tianyi Dance Team performs in many other events students can watch throughout the year, such as TerpThon, the Chinese Student Association China Fest, banquets and more.

According to the dance team’s website, Tianyi “aims to widen the perspectives of the University of Maryland’s student population and local communities so that [people] can learn to understand and embrace different cultures.”

The showcase included 14 performances and translation into Chinese for any speaking parts of the show, as well as the program.

It started off with an introduction from Rao, a senior information systems and operations management and business analytics major, and then followed the performances.

The performances were a mix of group dances, solos and trios and included Chinese-style costumes and choreography.

Each performance had its own storyline, which was listed in the program and acted as inspiration for each performance’s costumes and scenery.

“It’s really elegant,” Tamia Agurs, a freshman biochemistry major who came to watch a friend perform in the showcase, said. “You just want to pay attention to every detail.”

There was a short intermission in between the show, where donations were received through the front desk because admission was free.

“They just know what they’re doing,” Daniel Liang, an alum of this university and audience member, said. “They’re just masters of their craft.”

“After every year, I reflect upon the tremendous amount of effort it takes to organize and execute such an event,” Rao said. “I’m incredibly proud of every Tianyi dancer for their hard work and dedication.”