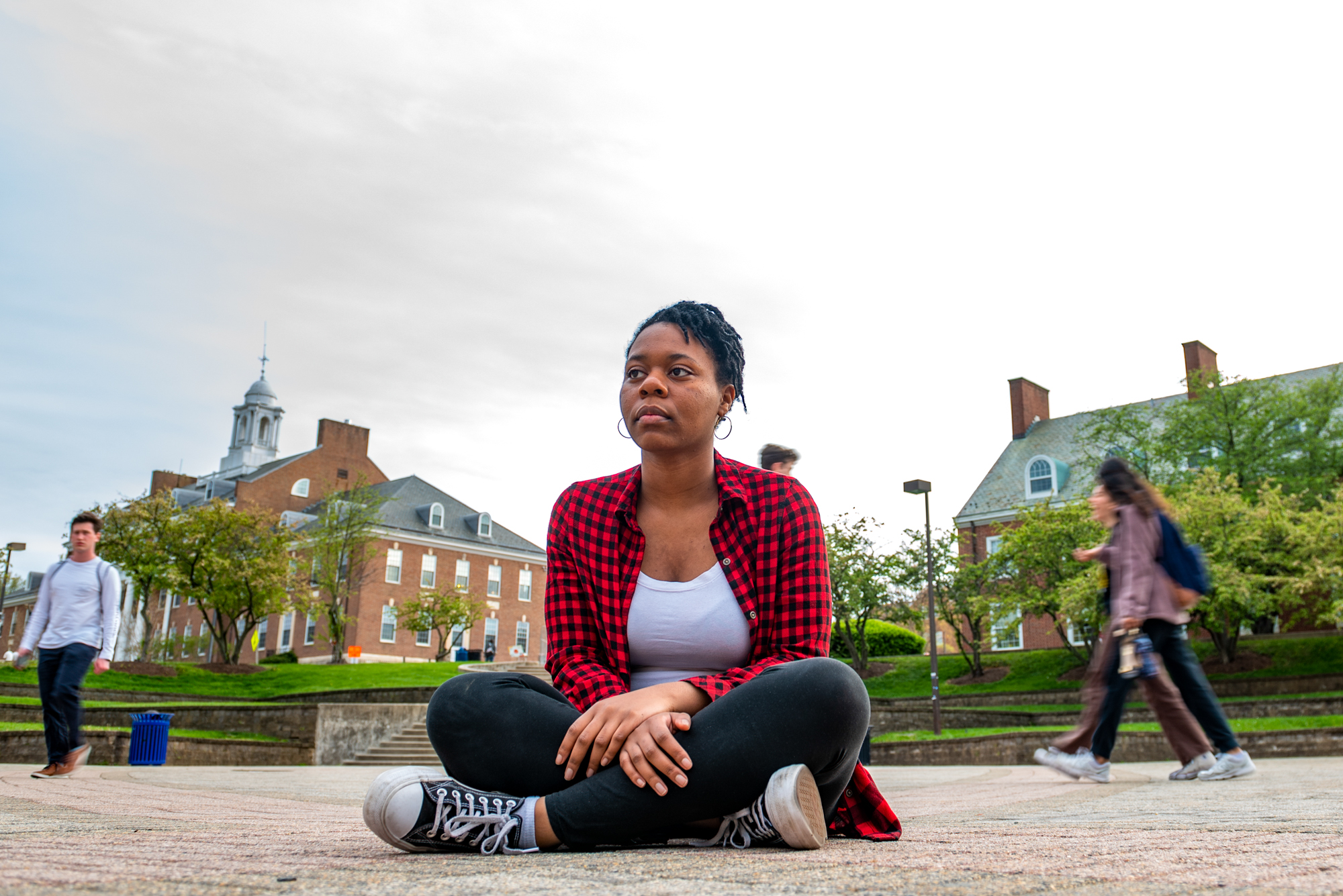 Most people aren’t as alone as they may think when it comes to not feeling good enough in their career and field of work.

Imposter syndrome describes an experience of feeling inadequate despite being qualified and competent, according to Kim Meninger, an executive coach and consultant at Executive Career Success — a business aiming to help women develop better mindsets and skills for the professional world.

“When we don’t feel safe to experiment, to make mistakes, to take risks, we will engage in these kinds of hiding behaviors,” she explained.

Meninger said it’s important to recognize that imposter syndrome is a very human response. White men often dominate in leadership positions, she said, so when people who are not a part of that demographic enter a workplace, they are more likely to experience self-doubt because of identities such as race or gender.

Senior criminology and criminal justice major at the University of Maryland Vivian Ebisike is taking a public policy class that’s very discussion-based. Other students often talk about their opinions and bring in knowledge from the readings, which Ebisike finds overwhelming.

“Their prior knowledge is very expansive, and I just wonder, ‘How do they know all this?’” she said.

Ebisike explained when she doesn’t feel like her contributions to the discussion are meaningful, she feels unworthy.

But she also tried not to over contribute in order to maintain that her contributions were enough, even if she felt inadequate.

“I feel like I need to believe more and be more confident in what I bring to the table,” Ebisike said.

Dr. Jennifer Wessel, a psychology associate professor, researches authenticity in relation to organizations with strict definitions of professionalism. Standards in classrooms and workplaces can make an individual feel like they don’t belong, Wessel said. Underrepresented groups face barriers in expressing their authenticity in educational and professional settings, she said, because organizational structures don’t allow them to do so.

Internalized racism or sexism, as well as experiences of discrimination and tokenism, may contribute to feelings of doubt, she said.

For first generation women of color at the university who don’t see any professors with the same identity, Wessel said they might be more likely to feel they don’t fit in.

Imposter syndrome is widespread across all demographic groups, Wessel said, so having mentors and seeing people from the same background can be helpful.

Christina Ambrose, a junior criminology and criminal justice major, realized at the university level, the expectations and standards for success were much higher than in high school. Entering as a biology major, she was quickly discouraged as she struggled and others around her succeeded.

But then her advisors gave her the courage to pursue her passion — criminology and criminal justice. She’s stuck with the major ever since.

Desmond Jordan, a freshman government and politics and public policy major, said his transition to college was huge because he came from a predominantly Black area. He feels a responsibility to make sure he’s giving his best to feel he earned his place.

He realized his feelings of self-doubt were like a “double-edged sword,” he said. On one hand, he could tell himself he was good enough, but sometimes that isn’t enough to curb the feeling of helplessness, he said.

Isabella MacDonald, a sophomore information science and math major, said it’s hard to balance having imposter syndrome while seeing others project their successes at the same time.

MacDonald is also a resident assistant at this university and said male residents may not respect her as much as her peers. To remember she’s good enough, she often needs to remind herself she was chosen for the job because she was qualified, and she’s not alone in her feelings of inadequacy.

Social chair for the Advanced Cybersecurity Experience for Students Honors College Makayla George said seeing other minorities in similar positions encouraged her to run for the board. The sophomore information systems major said being elected as a social chair showed her that peers thought she was capable.

She realized that doubting herself was in her head, not because of her work, experiences or other people — and that helped her manage the feelings.

“I’m here for a reason, and I shouldn’t be doubting myself,” she said. “When you really appreciate you for you, you have more faith and more confidence.”