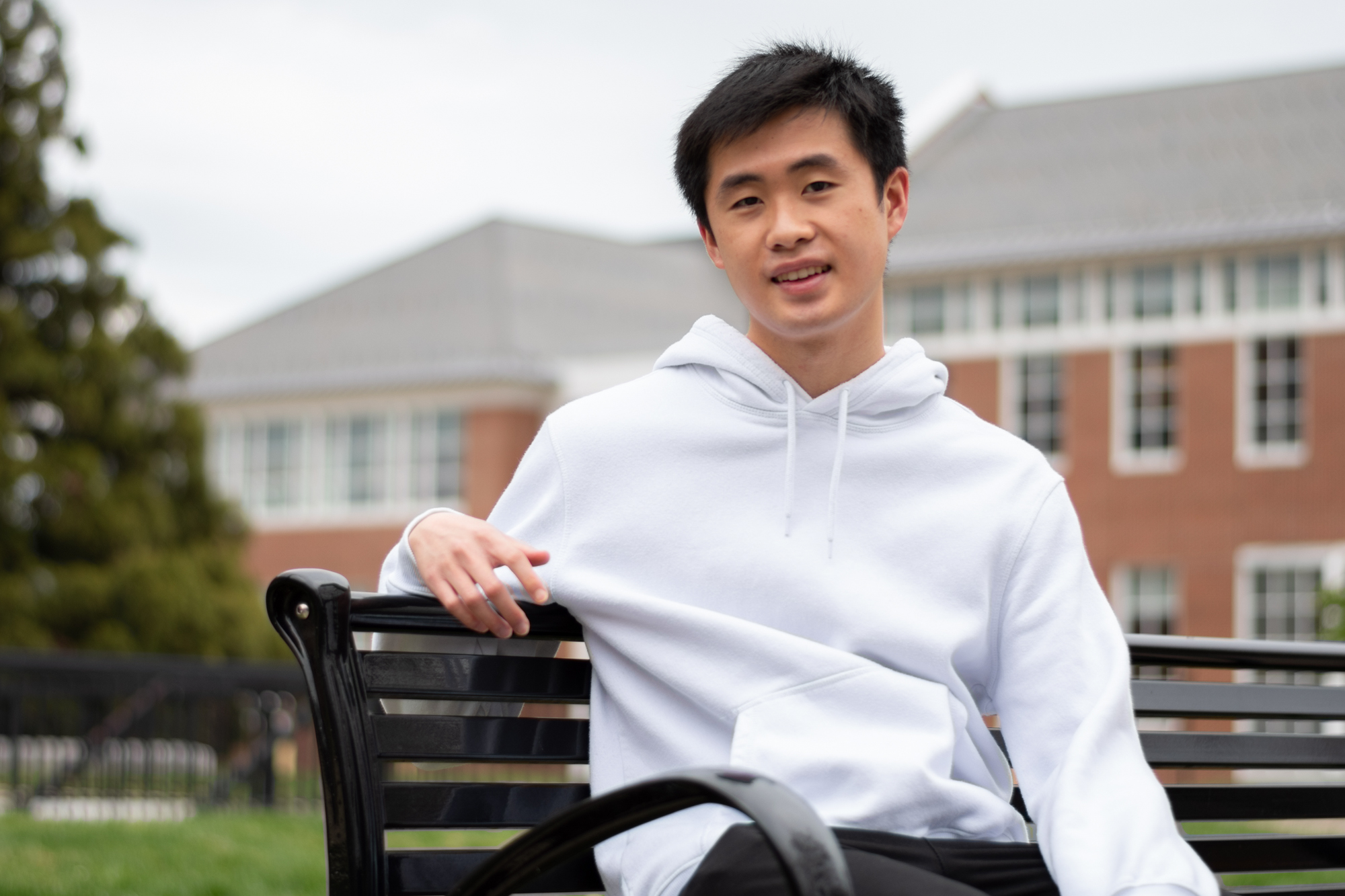 Samuel Chen poses for a portrait outside of Hornbake Plaza on April 21, 2022. Chen, an out-of-state-student, was unable to visit his family for Easter but celebrated in College Park with the Asian American InterVarsity. (Autumn Hengen/The Diamondback)

Jose Centellas found it unusual to celebrate Easter in person with his family again.

“It’s nice to have everyone at the same place,” Centellas said. “It’s so different to previous years.”

Easter falls on a different day every year, celebrating the resurrection of Jesus Christ. Since the pandemic, Easter celebrations and traditions have been shut down: Churches stopped having in-person services, as virtual services became the norm, and the White House Easter Egg Roll was canceled. But two years later, churches have opened up, and people are able to bring back their traditions.

Centellas spent his Easter going to church and having dinner with his family. Centellas is from Bolivia, where people celebrate Easter more traditionally, he said.

“It’s not really about the egg hunt or that stuff we do here,” Centellas said. “It’s more about spending time with family and celebrating Christian traditions.”

On the other hand, Samuel Chen, a junior computer science major, said he couldn’t be with family last Easter weekend because his family lives in New Jersey. He said even though he texted and called them to wish them a good Easter, he wishes they could’ve celebrated together.

Chen said despite not getting to be with his family for Easter, he was able to rest well.

Prior to the pandemic, Easter celebrations for Chen and his family would consist of waking up early and going to a massive service that combined all different congregations.

But when the pandemic hit, he remembers he and his family were celebrating Easter much differently. Since in-person Easter services were canceled, they could only watch Easter service videos on YouTube.

Chen is a member of the university’s Asian American InterVarsity, a Christian ministry organization that explores and discusses the intersectionality of Christian faith and the members’ identities as Asian Americans.

“It was really nice just getting to see what foods people brought,” Chen said. “And sharing together because I feel like that’s really special.”

Food is important to other students’ Easter traditions, too.

Krishna McKay, a junior statistics major, said making cross buns was an Easter tradition for his aunt, who would make them for his family. Cross buns are rolls that have the cross symbol baked into them, he said.

Since McKay is a vegan, his mother cooks his food with special vegan ingredients. He also ate vegan Easter candy and vegan macaroni and cheese.

McKay said before the pandemic, it was common for all of his family to meet on special occasions.

“This is one of the only times we come together as a family,” Centellas said. “[It’s] a really good time to reflect on the things I went through, the things I did in previous years.”