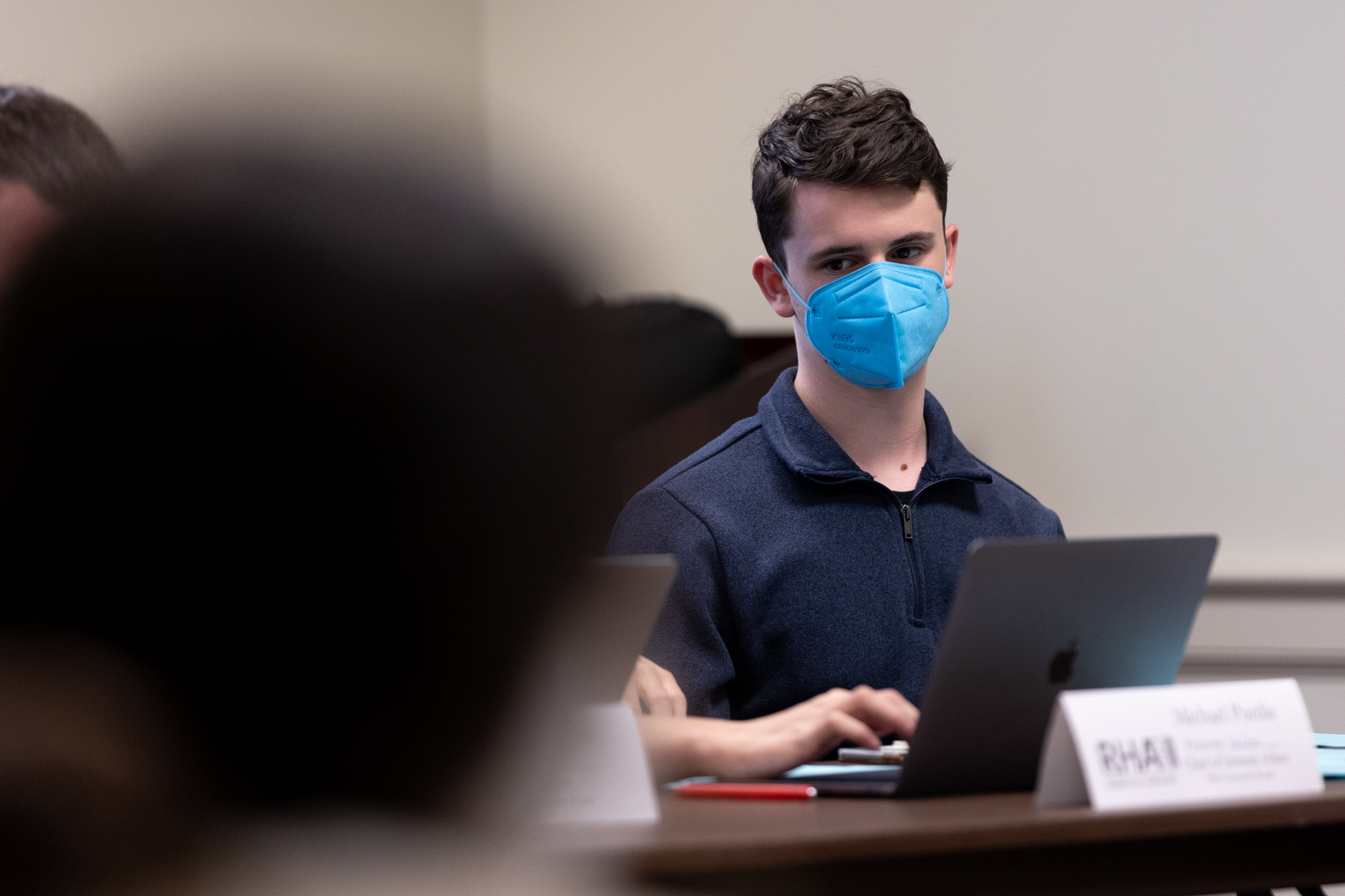 Cronin, a sophomore government and politics major, said whoever serves as RHA’s vice president is a major decision maker within the organization and speaker for the legislative body. Whoever holds the position “lead[s] the charge” in legislative actions within RHA, according to Cronin, and speaks with the university administration about campus issues such as transportation and minimum wage.

“The vice president is 100 percent tasked with representing the voice of the Senate,” Cronin said. “We’re both given a platform to do things that we see fit and if the Senate does not see that fit, they have the right to tell us that and we no longer do such things.”

Wechsler said he was very happy that the RHA senate trusted him with the position. He said theres a lot of work that has to be done within his role for the organization internally and externally on campus.

“Really the election was the easy part and just the beginning,” Wechsler said. “Now is the hardest part of getting stuff done.”

Wechsler wrote on his campaign flier that he envisions “consistent leadership training and growth” such as regular meetings between the vice president and senators and regular brainstorming sessions.

He also plans to bring more on-campus voices into RHA conversations. Wechsler said he wants to address “little concerns” among residents, such as the dining hall menu and when trash gets taken out.

“It can just be the little things that we can do to make sure that students are, A, aware that we can help them address these problems, and, B, just make it as pleasant as a living experience in our dorms as possible,” Wechsler said.

As part of her campaign for vice president, Flanagan, the RHA marketing and technology officer, advocated for the formation of a RHA committee for centering counseling services at this university. Flanagan, a junior public health science major, wanted to create an official RHA entity to advocate for better mental health services for the university’s campus.

Because she wasn’t elected, she said she hopes to maintain her current position or take on the chief of internal operations role. However, she still wants to continue bringing forth legislation.

“I want to make it clear that just because I didn’t win doesn’t mean that advocacy stops immediately,” Flanagan said.

Hoglund, a freshman government and politics major and RHA senator, centered his platform around facilitating a greater understanding of RHA procedures and sending biweekly updates to all RHA members.

Hoglund said he is now aiming for another position on the executive team such as student fees coordinator.

“I really ran just to put myself out there,” Hoglund said. “I felt that I brought a lot of good ideas onto the table. And these are ideas that I’m still going to pursue, no matter what position I hold next year.”

Cronin said he wants to get more students involved in the RHA, and emphasized the RHA wants to help students make change.

“We wish more students knew that and wanted to get involved,” Cronin said. “For those who want to make a change on campus and build a stronger community, reach out. We’re more than happy to help foster that.”