Winter graduates deserve their own commencement 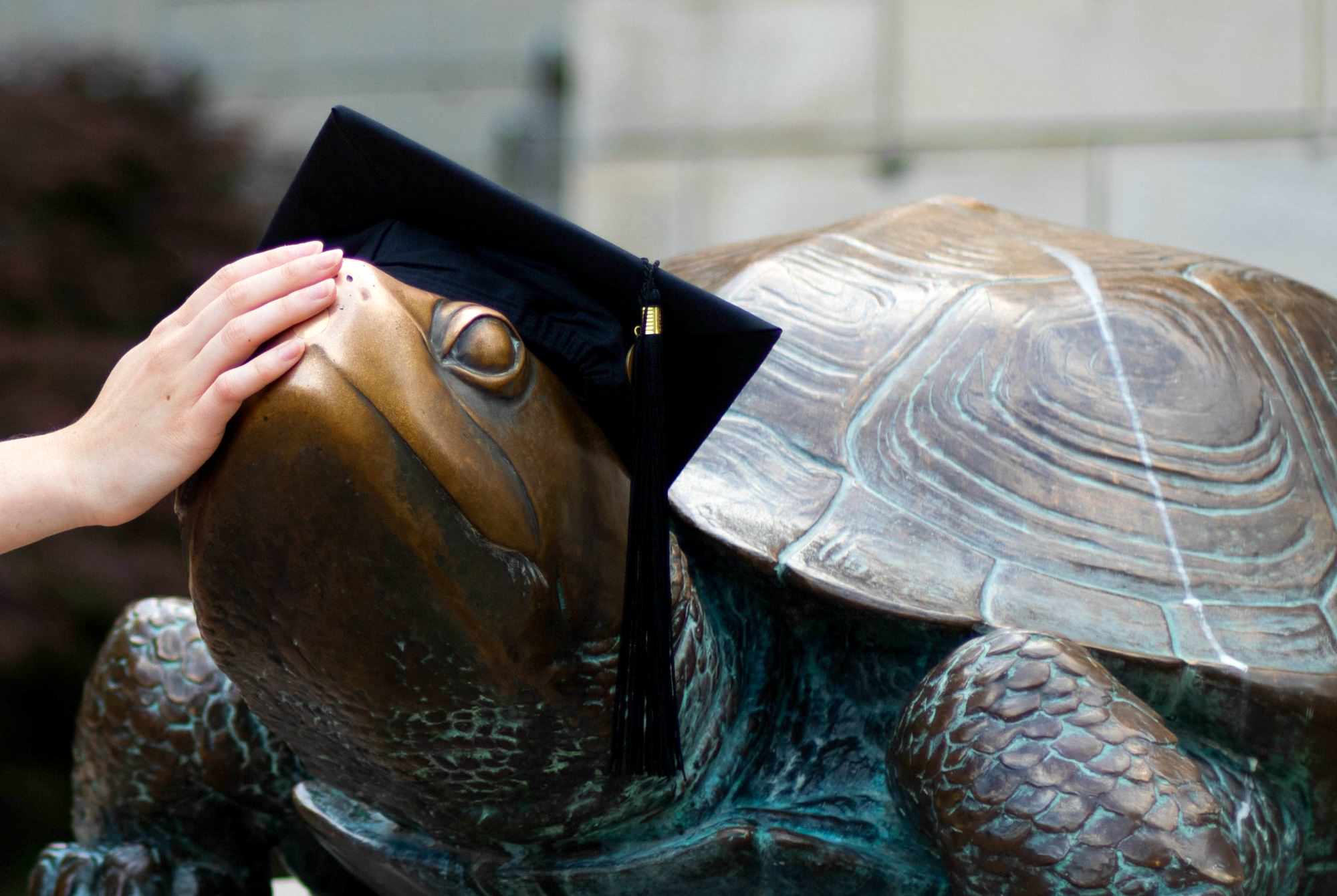 Last semester as COVID-19 cases were rising steadily, the University of Maryland canceled its winter commencement. This decision would have been entirely reasonable, albeit disappointing, if the university had also shifted final exams to an online format and held basketball games without giant crowds of fans.

Many students feared contracting COVID-19 right before the holidays and bringing it home to their families, but seniors graduating in the winter weren’t just afraid. They were also understandably angry and disappointed. They still had to show up to take their final exams in person, but their graduation wouldn’t be celebrated the way they had planned.

To make matters worse, the university just announced its campuswide winter commencement would be canceled — permanently. There’s no more ruse of COVID-19 regulations; instead, all future winter graduates will be invited to return to the campus to join the spring commencement ceremony.

One would think that after this outcry of vexation and frustration that the obvious next move to make would be to continue celebrating winter graduates just then — in the winter. But once again, the university didn’t pick the obvious choice.

The spring commencement ceremony sandwiching both winter and spring graduates doesn’t make the celebration better — what it really does is weaken the celebration of what the ceremony is meant to honor and present more hurdles that could inhibit students’ abilities to attend their own graduation. It takes away the opportunity for graduating students to truly celebrate their accomplishments in the timely way they want.

For some winter graduates, they will be graduating a semester early — an achievement that shouldn’t be overlooked. But by having them join the spring graduating classes, this accomplishment is almost entirely erased. They aren’t being recognized for the hard work they put in to graduate college early. Instead of ending college on a note of positivity and celebration, they’re ending it on final exams and an awkward middle stage between the end of their undergraduate experience and their commencement, at which point they may already have a full-time job.

And for those students who do have a full-time job, they may not even be able to make it back to the campus for the spring commencement. They could be working across the country or unable to get time off to walk the stage, as commencement ceremonies at this university are usually held during the week.

Despite all these flaws, it’s not hard to guess why this university chose to get rid of winter commencement. It had little to do with bringing graduating classes together and everything to do with making the commencement ceremony cheaper and more convenient for the administration. Now instead of having to pay for the staff, setup and cleanup or production costs at the ceremony twice, the university only has to pay for it once.

Last semester, students were stripped of something they’d been looking forward to for years with the excuse of COVID-19 precautions. Now, it’s clear this university just wants to save money and not spend it, or even take the time to properly celebrate winter graduates.

It’s mind-boggling that the university can make this decision permanent, even if it’s cheaper and more convenient for them, after students were let down last semester. But after the blatant hypocrisy and apathy with which it made the same decision to cancel winter commencement once before, I guess we shouldn’t be surprised.