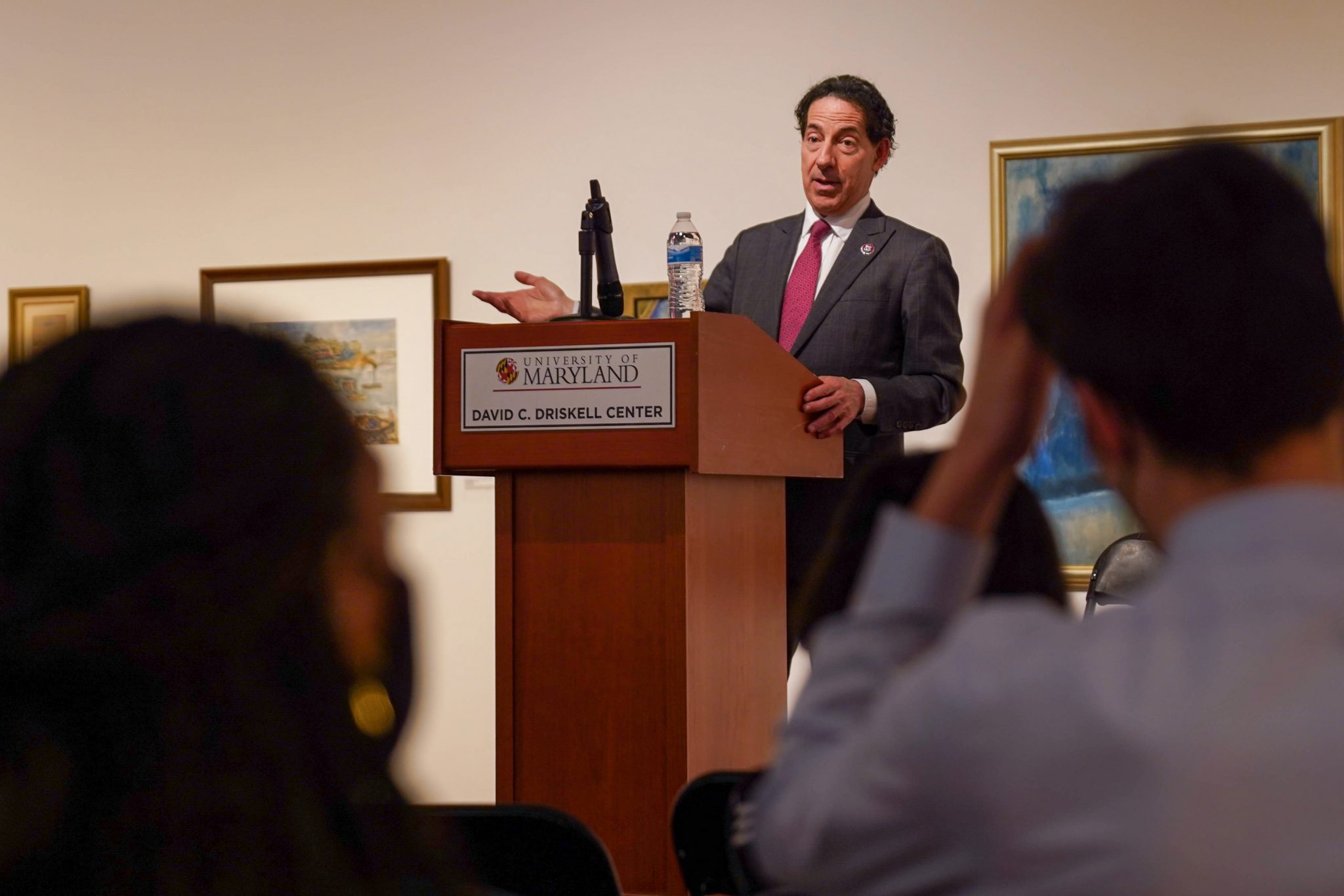 Rep. Jamie Raskin (D-Md.) spoke about the importance of legislative nonpartisanship to University of Maryland students and alumni on Friday.

Representing Maryland’s 8th Congressional District, Raskin has been in office since 2017. He gave the 2022 Fishlinger Family Lecture at the David C. Driskell Center. Supported by the Fishlinger Family Foundation, the event was hosted by the Center for the Study of Business, Ethics, Regulation and Crime, in a joint effort by the business school and the behavioral and social sciences college.

Raskin shared his experience playing a fundamental role in the second Senate impeachment trial of former President Donald Trump — he served as the lead manager.

The article of impeachment passed 232-197 through the House, with all 222 Democrats and 10 Republicans voting to impeach.

The Senate voted 57-43, just 10 votes short of the two-thirds majority required by the Constitution. All Democratic and independent senators voted in favor of impeachment, as did seven Republicans — the largest bipartisan vote for an impeachment conviction of a current or former U.S. president, Raskin said.

“Every presidential impeachment trial in American history has fallen along party lines,” he said.

Raskin noted he attempted to combat partisanship by rearranging seating in the Senate. Traditionally, senators sit according to their party, with Democrats on one side and Republicans on the other.

He said his proposal for senators to sit alphabetically was met with “very serious” opposition from both sides.

Raskin said legislators are responsible for representing all of their constituents regardless of how they personally feel on issues. This ideology doesn’t always appear on the floor, but it’s more apparent in constituent work.

When constituents reach out to his office to ask for help, Raskin said he “will go to bat” for them without ever asking for their political party. Instead, his staff only asks if they live in the congressional district.