Students reminisce during 10-year anniversary screening of ‘The Hunger Games’ 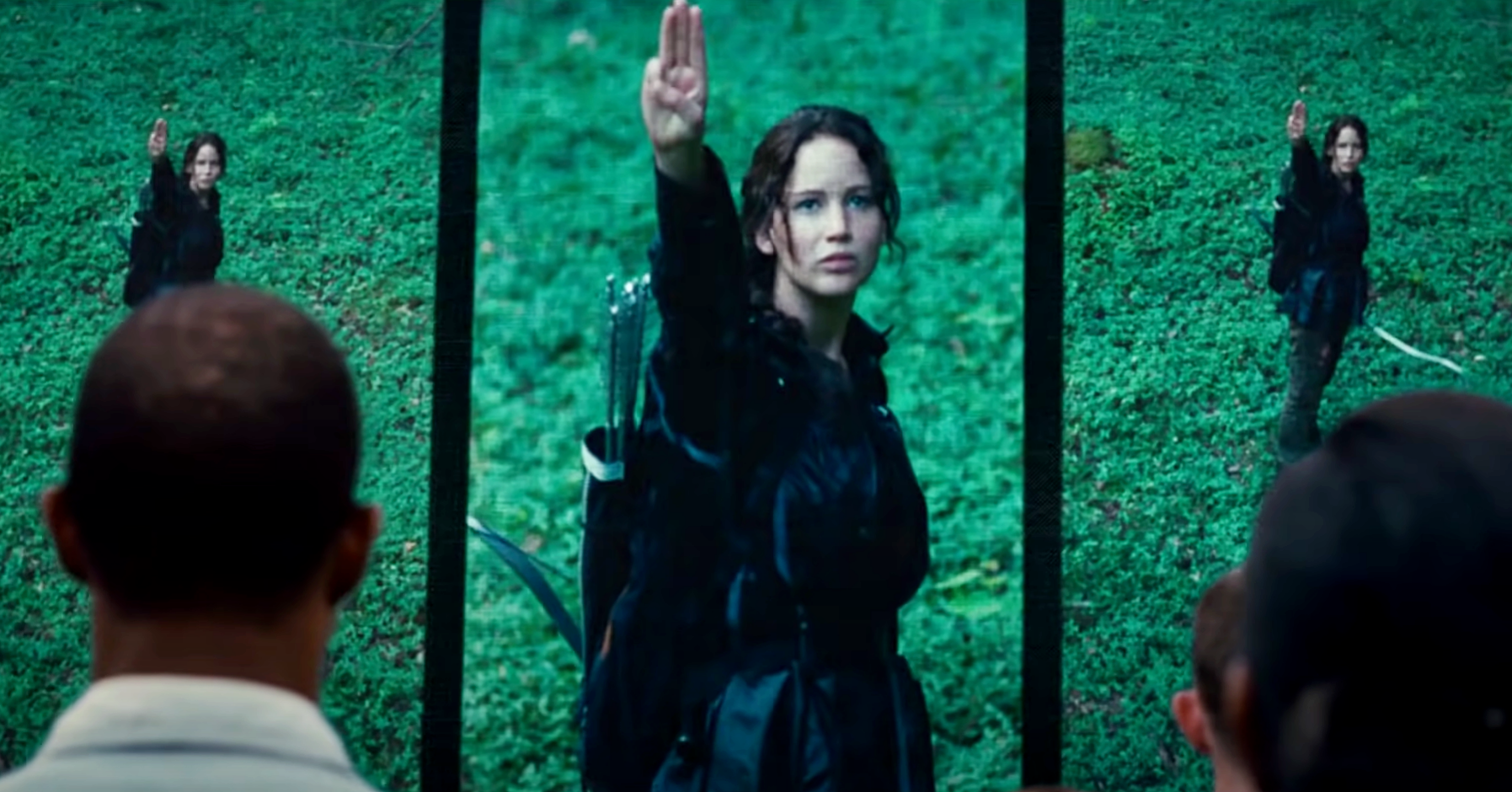 The Hunger Games film, based on the well-acclaimed book series, was released on March 23, 2012.

The film was shown in honor of its 10-year anniversary as a part of Student Entertainment Event’s Spring Movie Series, in Hoff Theater on Wednesday and Thursday. I attended the film to reflect on the themes of the film and their continued relevance.

“I thought it would be nostalgic, and also I wouldn’t have any other chance to watch it again in the theaters,” said Joy Kim, a sophomore early childhood and early childhood special education major, who was attending the film.  “I thought it was really cool that they’re showing it at Stamp.”

There are many moments in the film that still resonate today. For example, the stark contrast between life in the districts and life in the capitol reveal the dystopian society has ever-present classism. The film does a good job of portraying this contrast by using muted, dull colors for residents of the different districts, and bright, vibrant colors for Capitol residents.

The film also still has powerful moments that catch audiences by surprise.

“I like the scene where [Katniss Everdeen’s] showing off her dress to the audience, and she spins around and it transforms,” said sophomore computer science major Navya Gautam, who was in attendance at the screening.

The book series was a trilogy released periodically between 2008 and 2010, and they were quick to become bestsellers. I remember when I first found out about the book, because my aunt was reading it on vacation and recommended it to me. I quickly became entrapped in the series, and attended movie screenings adorned with a Mockingjay pin of my own.

“I think that at the time, this movie was something new that kind of hadn’t been done before,” Gautam said. “Since this release, I feel like there’s been a lot of dystopian books and movies, which some of them haven’t garnered as much success as this one.”

In celebration of the film’s anniversary, The Hollywood Reporter interviewed the director, Gary Ross. He told them about how he came to know about the series, how he became involved in working with the film and what he learned. He also talked about his conversations with the author, Suzanne Collins, about adapting the book to film.

“One thing I found fascinating was how steeped she was in Roman history and how much of this came from the Roman arena and how she was informed by that,” Ross told The Hollywood Reporter. “She was exploring how a culture devolves into spectacle and Rome was her starting point. I found that really interesting.”

It is also rumored that there is a prequel film in production at Lionsgate, which is based on the book Collins released in 2020, The Ballad of Songbirds and Snakes. The book revolves around President Snow’s life as a teenager, before he turns into the corrupt character you see in the main Hunger Games trilogy. Snow gets a chance to mentor someone in the Games but is placed with mentoring the female tribute from District 12, who stands no chance at winning. He has to figure out how to help her survive as their lives become intertwined.

While we wait for the new movie to be released, there are three more 10-year anniversaries for the series’ films coming up in the next couple years. Students like sophomore elementary education major Olivia Waters attended the movie screening of The Hunger Games at Stamp Student Union to reminisce on the past. She said that dystopian series was popular when she was younger.

“The idea of having to do with people fighting for something together in this world that is imaginable but not really something we can see ourselves in,” she said.