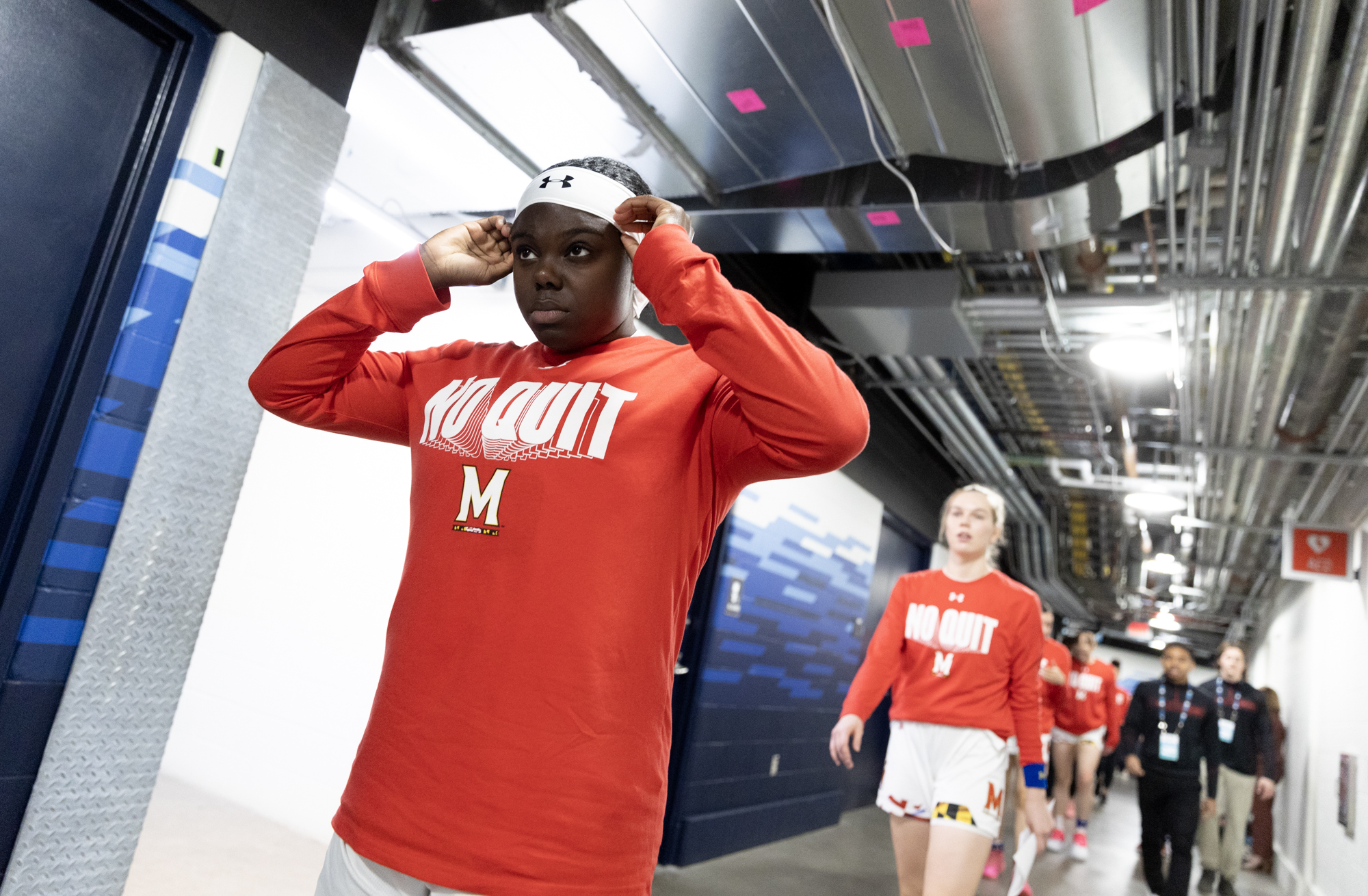 The move comes just over a week after the Terps’ loss to Stanford in the NCAA tournament, their second straight Sweet 16 loss. The decision signals an end to Owusu’s time at Maryland after three years in College Park.

“Events that have transpired on and off the court this year have led me to make the very difficult but necessary decision to continue my education and basketball career elsewhere,” Owusu said in an Instagram post.

Owusu averaged 14.3 points per game in her junior season, the second-highest mark on the team, and added 3.7 assists per game.

She came to Maryland rated the No. 5 overall player and No. 1 point guard in her recruiting class by ESPN after a stellar career at St. Paul VI, a Chantilly, Virginia private school. She started 16 of 32 games in her freshman season, averaged 12 points per game and was the Big Ten Freshman of the Year.

Owusu broke out in her sophomore season, averaging nearly 18 points and 6 assists per game as Maryland won the Big Ten regular season and tournament championships. The Woodbridge, Virginia native was named to All-Big Ten First Team and won the Ann Meyers Drysdale Award for the top women’s basketball shooting guard in the country.

She struggled more in her junior year, with drops in her shooting percentage and scoring as she battled a sprained ankle. Ailments derailed much of Owusu’s season as she was taken out for the last six minutes of the Sweet 16 matchup, what ended up being her last game as a Terp, for what coach Brenda Frese called a stomach bug.

Kozlova joined the Terps in 2020 and played in 20 games while averaging 2.3 points per game.

In her second season, the Moscow, Russia native played 21 games for Maryland and averaged 10.3 minutes per contest.

Frese and the Terps will bring in transfer Lavender Briggs from Florida and two strong freshman recruits for the 2022-23 season. However, the unexpected departure of Owusu will still be a massive hit toward Maryland’s quest to run further into the NCAA tournament.