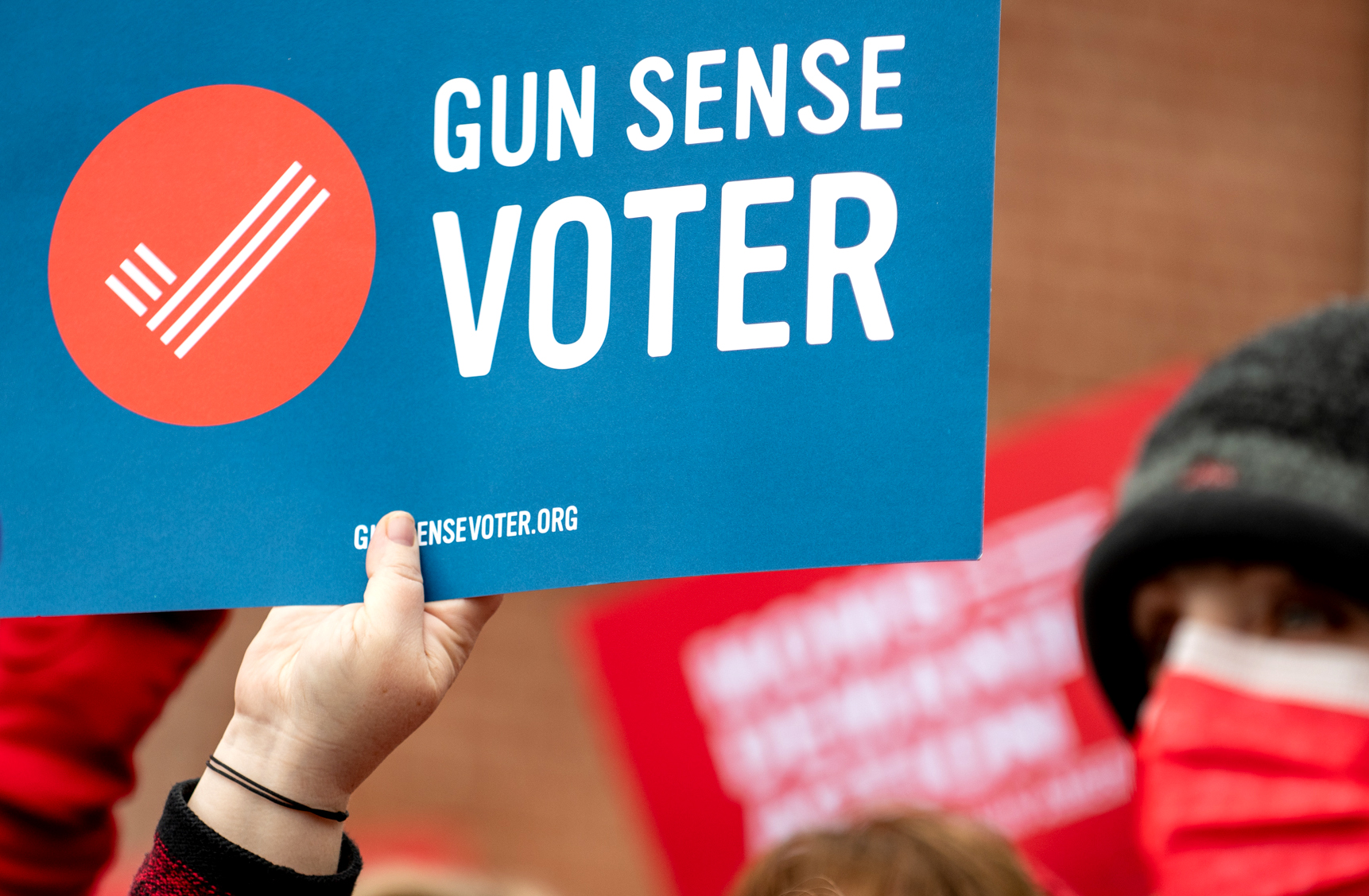 Activists gather outside of the Maryland State House in Annapolis on Tuesday, Jan. 25, 2022, to support legislation that would ban ghost guns. For many, the issue was especially present after a ghost gun was used to shoot a student at Magruder High School in Montgomery County on Friday, Jan. 21, 2022. (Joe Ryan/Capital News Service)

ANNAPOLIS, Maryland — The Maryland House of Delegates gave final approval on March 29 for a measure that would ban the sale of ghost guns — unserialized and untraceable guns that can be bought online and assembled at home.

The measure would prohibit the sale, purchase and possession of ghost guns. It also includes guns that are inherited or bought as parts and kits on the internet. Guns produced after Oct. 22, 1968, would also be required to have new serial numbers engraved.

The bill would ban the sale of ghost guns beginning June 1. Possession of these guns would become illegal in the state on March 1, 2023. Those who are caught violating these provisions and are in possession of ghost guns would face up to two years in prison and a fine of $10,000.

The Maryland Senate approved Senate Bill 387 in early March. The bill will now head to the desk of Gov. Larry Hogan. Hogan’s spokesperson Michael Ricci told the Associated Press the governor would consider the legislation when it reaches his desk, but “he continues to call on the General Assembly to take action to hold those who use guns to commit violent crimes accountable.”

Lawmakers are unsure whether Hogan will sign or veto the bill, but both Republicans and Democrats supported the legislation in both chambers. The bill’s House of Delegates sponsor, Del. Lesley Lopez (D-Montgomery) said both chambers of the General Assembly have enough votes to override a potential veto.

“We’re ready to go,” Lopez said at a news conference. “The numbers are on our side, both in terms of the votes in the chambers and in terms of how the issue polls nationally. The ball’s in the governor’s court, but I think there’s a lot of reason to be hopeful.”

The passage of ghost gun legislation became a top priority for the General Assembly after police said a student used a ghost gun in a Jan. 21 shooting at Magruder High School in Derwood. Lawmakers had championed the bill in the past, but it failed to gain traction in previous legislative sessions.

“The impact of gun violence has only spiked in the pandemic,” Maryland Moms Demand Action Chapter Leader Melissa Ladd said at a news conference. “For me, the urgency of this issue has never felt so close to home.”

In a statement released on March 30, the National Rifle Association Institute for Legislative Action called the bill “overly broad” and “misguided,” criticizing it for ending the centuries-old tradition of individuals building lawful guns for their personal use.

Maryland Attorney General Brian Frosh is an active supporter of the bill and helped sponsor the bill alongside President Joe Biden and Sen. Susan Lee (D-Montgomery). The Attorney General pushed back on the criticism that the bill would hurt law-abiding gun owners, telling ABC-47 Salisbury that it is “not for collectors, or for enthusiasts.”

Frosh also praised the work of lawmakers in passing a bill to ban “the weapon of choice for criminals,” in a March 29 news release.

“This bill closes a loophole that makes it difficult for law enforcement to do its job and creates a terrible public safety threat. This legislation will save lives,” Frosh said.