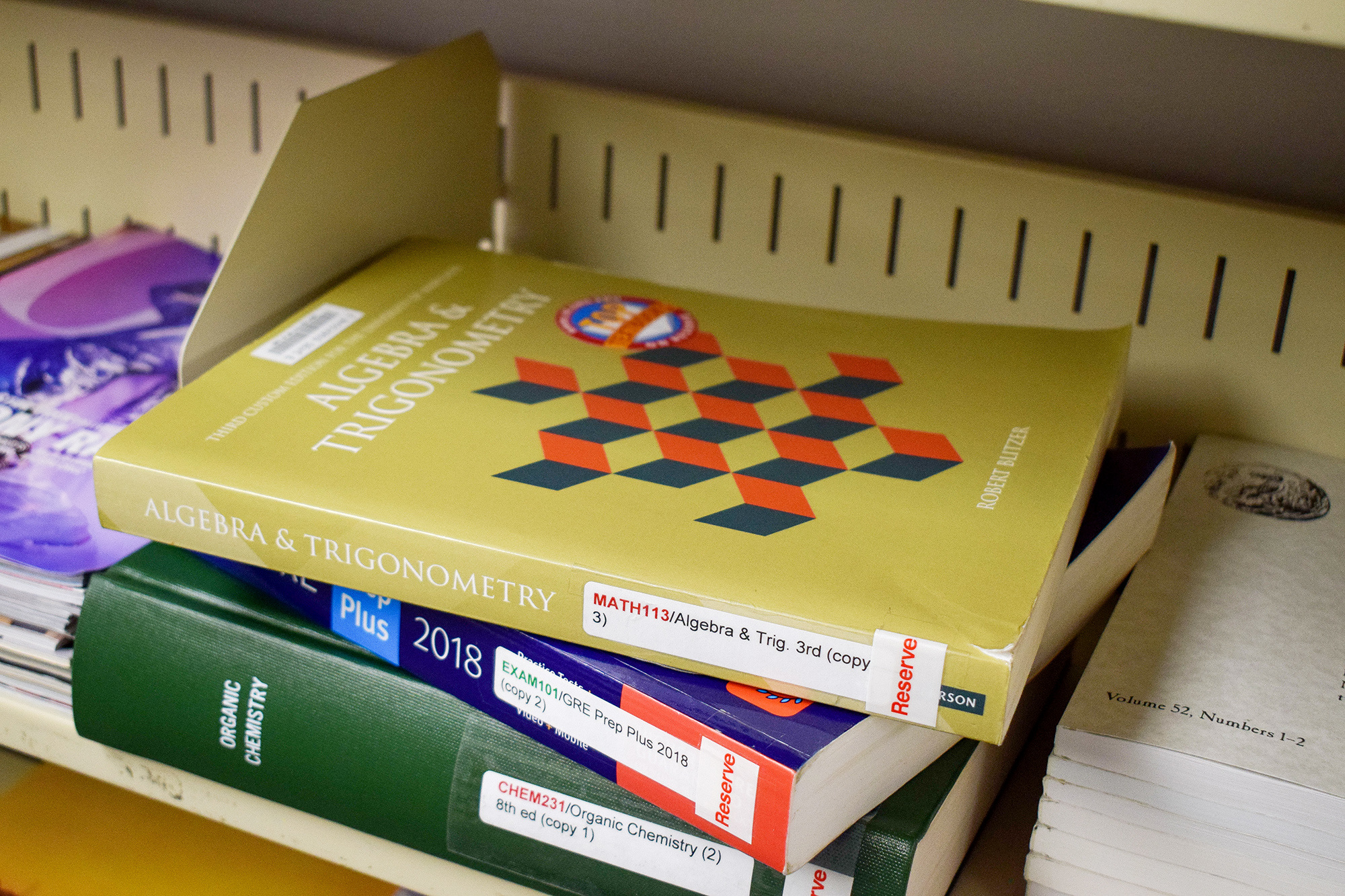 MaryPIRG, a student-run nonprofit advocacy group at the University of Maryland, is raising awareness this year for its affordable textbooks campaign aiming to connect current students to cheaper or free textbooks.

Ariell Mello and Pooja Dharmendran, co-coordinators of the campaign, revived the campaign during the fall 2021 semester.

This campaign has run for several years but lost some traction during the COVID-19 pandemic. Mello and Dharmendran said they wanted to reignite the campaign because textbook costs can prohibit students from access to higher education.

Mello, a junior government and politics and psychology major, said there’s more that needs to be done. Dharmendran said she tried to meet with the Big Ten to get this topic on their agenda. However, after difficulties getting it on the Big Ten’s agenda, the meeting fell through.

“It’s probably doing better than I think it is in my head,” Mello said. “I want to do more with it, and I feel like we can do more, it’s just Pooja and I are just both really busy.”

Dharmendran, a sophomore physiology and neurobiology and public health science major, said she wants professors to communicate on syllabi if their textbook is required or not.

“There’s not a lot of information as to why you need a textbook or whether or not you actually need it,” Dharmendran said. “A lot of times, we find that we buy a textbook and it wasn’t really helpful, but then it’s like 150 bucks, 200 bucks down the drain.”

The topic of affordable textbooks is also something that has come up in national politics.

MaryPIRG helped revitalize the push for the Affordable Textbooks College Act in Congress through lobbying. If passed, the program would provide grant programs and resources to support projects at colleges nationwide to create and expand the use of open textbooks.

The campaign is currently starting with the biology department because a lot of students take biology as a general education course, Mello said. She added that biology textbooks may be expensive, and if a biology course is an introductory one, the textbook should be open source so students can access it for free.

Sarah Shames, MaryPIRG’s campus organizer, said she recognizes the importance of the movement and empathizes with students who struggle with textbook affordability.

“For some people, [the price of a textbook] can just be a minor inconvenience,” Shames said. “But for a lot of folks, this is the difference between being able to afford your rent or your food for the month. And we strongly believe that you shouldn’t have any more barriers than you already do.”

The campaign is looking to gain more traction, Mello said. Last fall semester the SGA passed a resolution supporting MaryPIRG’s initiative to gain more student insight through a survey about open-source resources with a focus on biology textbooks.

Dharmendran said the campaign is still mostly spreading awareness, but it still needs more volunteers to help with textbook drives. Mello said their campaign will host a book drive at the end of the month. If students want, they can donate old textbooks or indicate on a spreadsheet if they have found free textbooks online.

Shames said MaryPIRG is also partnering with university libraries so students can understand where resources are available. Shames said when she has done textbook drives she used to hear that students used to pirate books because they couldn’t afford it

“We’ve started to see just these programs be implemented in ways that I think are really starting to help the student body here,” Shames said.