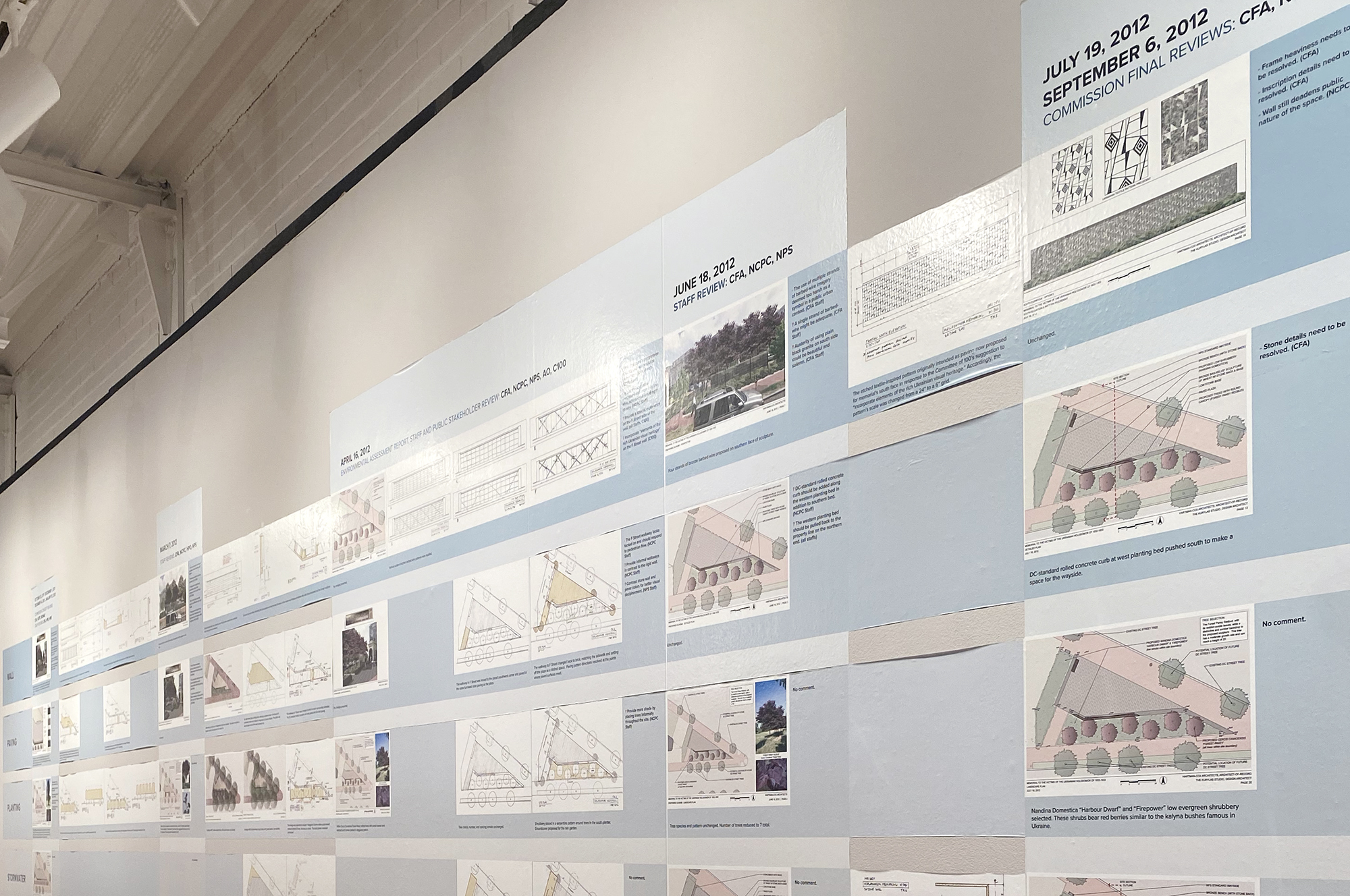 The University of Maryland architecture school reopened the “Making the Holodomor Memorial: Context and Questions” exhibit at the Kibel Gallery on Feb. 25, the first time the exhibit has been open to the public since the beginning of the pandemic.

The exhibit commemorates a genocide in Ukraine from 1932 to 1933 when Josef Stalin’s communist government exploited a wheat shortage, causing millions of Ukrainians to starve to death. The event is aptly described by the exhibit’s title “Holodomor” — derived from the Ukrainian words for “hunger” and “extermination.”

University of Maryland MAPP alum Larysa Kurylas was the designer of the original memorial, which was unveiled in downtown Washington, D.C., in 2015.

The university exhibition includes many artifacts that represent different aspects of the Holodomor and its historical significance but also delves into the creation of the original piece, presenting detailed context about Kurylas’ creative process.

Kurylas’ winning design competition drawings and model are shown in their original forms and the actual wheat used to create the digital model of the Washington, D.C., memorial are present in the gallery. Several molds from which parts of the bas-relief were cast as well as a one-fifth scale model of the sculpture are also featured.

The center, which are diagonal walls in the middle of the exhibit feature the main questions one should ask while working on building a memorial: who, why, what gets memorialized and how to convey difficult concepts.

The exhibition on the university’s campus has a purpose not only to honor victims of the event but also to be an educational tool for students interested in architecture.

“The idea was this would be a good exhibit for architecture students to see just about how one actually gets a memorial built, the whole process of getting a memorial built,” Kurylas said. “Part of it was just to shed light on this little-known catastrophe of the early 20th century.”

Ronit Eisenbach, the chair of the Kibel Gallery and professor of architecture, worked closely with Kurylas for two years designing the memorial exhibit.

“[This is] an example of something that would be really valuable for our students, because they could see something from concept,” Eisenbach said.

Traditionally, exhibits are organized to show and discuss the topic it is on, not the design process, which is what Eisenbach said makes the Kibel Gallery and this exhibit really unique.

Aastha Patel, a junior architecture major, is one of the many students who has visited and learned from the exhibit.

“I thought it was really interesting to get to learn the history,” Patel said. “While alongside learning about how they went through the process of actually making them a memorial.”

The “Making the Holodomor Memorial: Context and Questions” exhibit at the Kibel Gallery will be open until Dec. 31 and will remain open through the weekend and beyond.