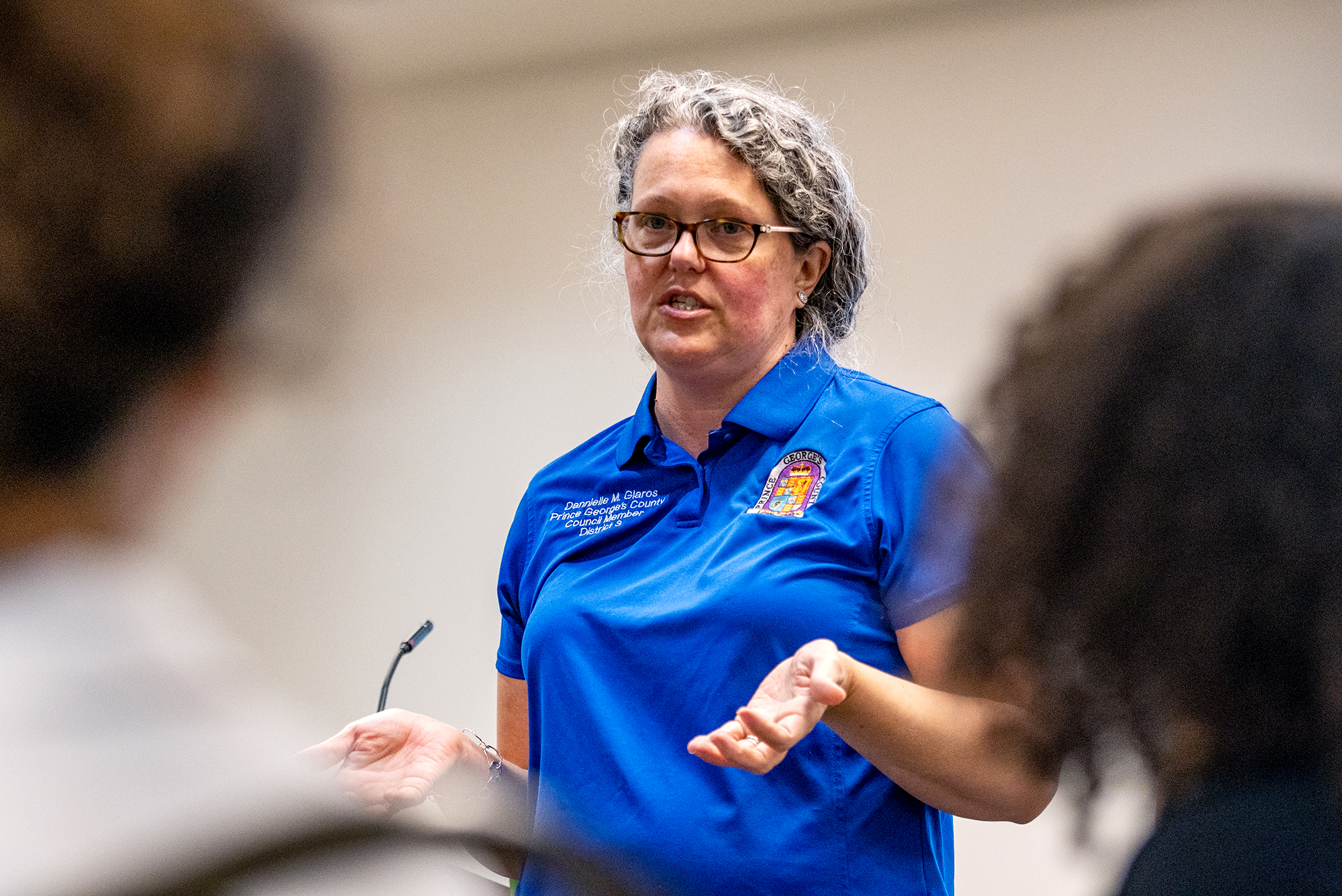 Prince George’s County council member Dannielle Glaros (D-District 3) spoke to the University of Maryland SGA Wednesday night about voting in the upcoming primary election and recent projects in the district including more-affordable housing, climate solutions and budget and fees.

Glaros encouraged students to vote in the primary on July 19, as she approaches the end of her second four-year term and her seat will be vacant. Glaros first joined the council in 2014.

The council member later brought up Amazon’s new, large investment in an affordable housing initiative, in which 748 new affordable homes will be created. Glaros said 451 units will be next to the College Park Metro Station. She also mentioned a redevelopment project coming to various Purple Line stations, creating 250 additional units.

“Just in my district alone, we have commitments for at least 1000 plus new units to come,” Glaros said.

These efforts are part of the Purple Line Corridor Coalition’s goal to maintain 17,000 designated affordable housing units. The group released a 12-point “Housing Action Plan” in December 2019 outlining how to make the units affordable for households earning less than $70,000 annually.

Glaros also offered advice to the Student Government Association with budgets and fees. She emphasized the importance of budgets as it “sets your priorities.”

Glaros also mentioned working to address the next phase in bringing the county closer to being “zero waste.” Prince George’s County was the first county to ban polystyrene, according to Glaros. This is the same material used in styrofoam containers and many takeout containers.

The next step is addressing plastic cutlery and napkins from drive-thru and ensuring they are only given out if the customer requests them, she said.

After the presentation, SGA unanimously confirmed two appointments to the legislature. Officers voted in Sophia Krygowski, a junior agricultural and resource economics major, as the agriculture and natural resources representative and Celine Anong, a freshman enrolled in letters and sciences, as the off-campus outlying representative.