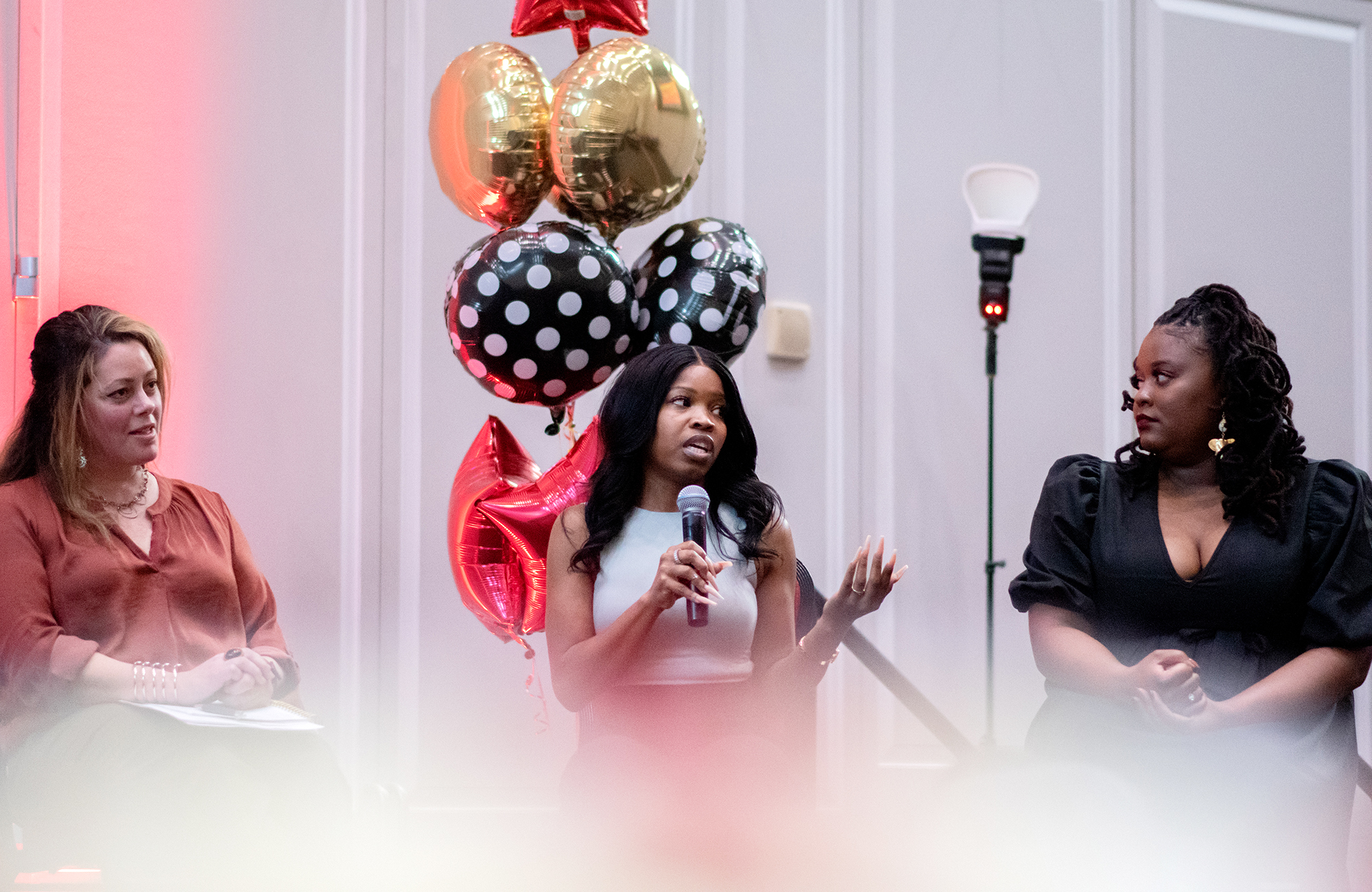 In celebration of Women’s History Month, the University of Maryland’s Do Good Institute and Alumni Association partnered to host this university’s first Women Igniting Change panel on Monday at the Samuel Riggs IV Alumni Center.

The Do Good Institute, a campus organization that works to advance student ideas for civic engagement, selected panelists who work with nonprofit organizations and in the social impact realm. The panel featured alumni, Chelsea Brown, Armani McMillan and Nicki Fiocco.

“You’re a Terp for life,” said Zoe Nicholson, the vice president of alumni programming for the Student Alumni Leadership Council. “These are prime examples of people who’ve been able to take their experiences, in whatever shape or form they’ve had at UMD, and … go out and accomplish what they want to be doing.”

The sophomore information systems major hoped the event would cultivate connections between current and past students while showing them the potential for their futures beyond the undergraduate experience.

The panelists, former students of the Do Good Institute, described how their experiences shaped their paths.

McMillan, founder and executive director of IMPACTdmv Inc. and director of talent acquisition at Employ Prince George’s Inc., described the importance of accepting failure, especially at a young age.

“If you’re not failing, you’re not trying.” she said. “And if you’re afraid to fail, then you’re really never going to be that great.”

McMillan grew up wanting to be a dentist but found that her obstacles led her to her true calling: helping underserved children and young adults in the Washington, D.C., metro area. Changing her own dream gave her the opportunity to give others a chance at their own.

Fiocco echoed that comfortability with change and failure is also her key to success. She encourages people to embrace their shortcomings and turn them into lessons.

“Failure is an opportunity for you to learn and grow. It’s not a place for you to ruminate and feel like you should just give up,” said Fiocco, who is also the director of the governor’s office on service and volunteerism for the Maryland State Service Commission.

Brown left a corporate job to become a full-time consultant. She discovered that changing her path and believing in herself and her goals allowed her to become confident in her abilities.

Through devoting time to her goals, Brown became the founder of The Black Mill, a consulting firm that specializes in philanthropic strategy for Black millennials interested in civic engagement. In this endeavor, she inspires people of color to make charitable impacts.

Garman, an economics and government and politics major, walked away from the event feeling empowered.

“It’s very good to hear their stories and know that it’s okay to fail and try different things,” she said. “And that all women experience the same things, but it’s up to us to change it and work together.”