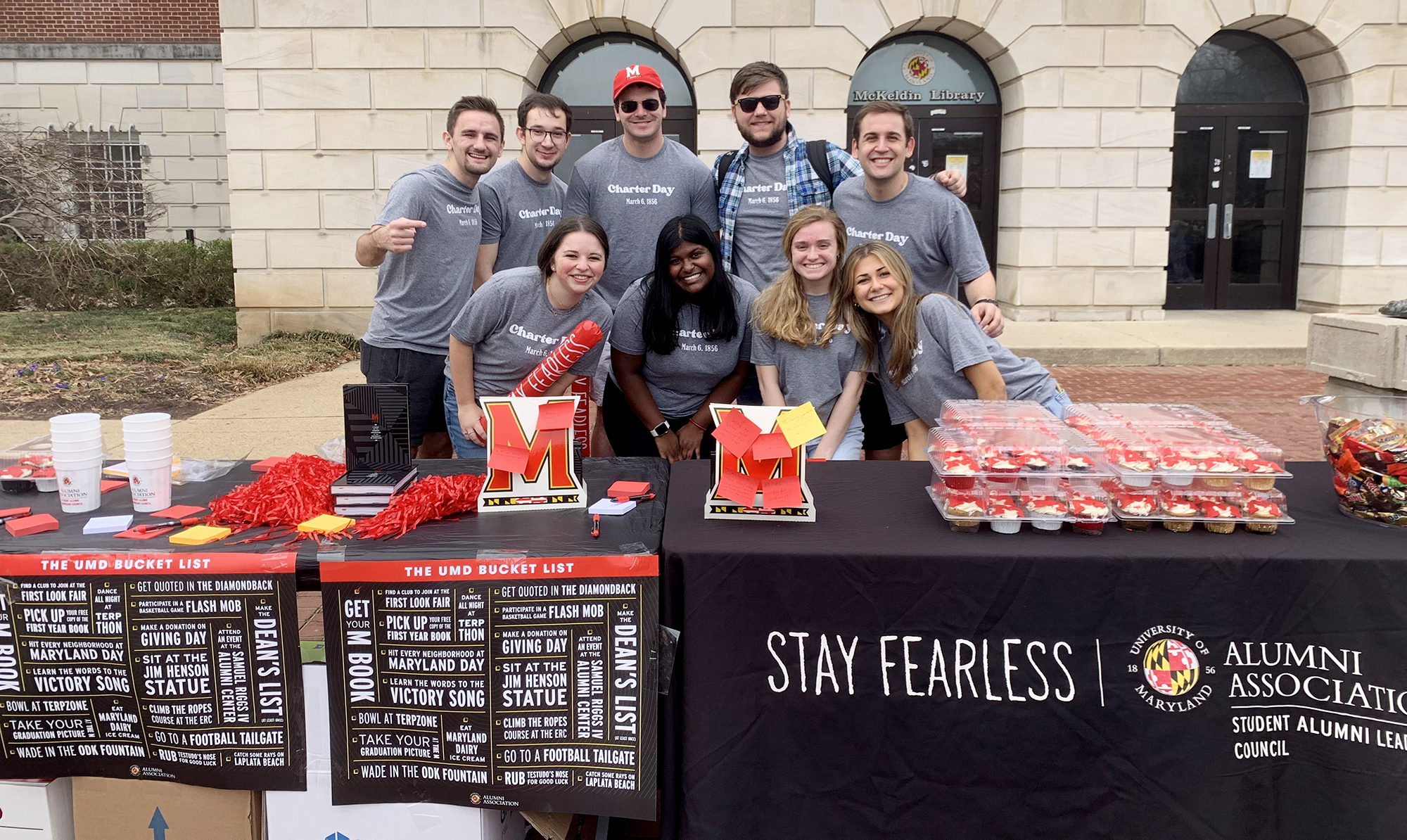 The Student Alumni Leadership Council hosted their annual Charter Day celebration for the University of Maryland on Mar. 7 in front of Testudo on McKeldin Mall. The event was held to help students recognize the universities’ traditions, said Natalie Knight-Griffin, an environmental science and policy major and campus programming vice president for SALC.

SALC provides a network between students and alumni, as well as fostering alumni growth according to Mendries.

“It’s really not known and it’s a wonderful organization, everyone I think should join,” Mendries said.

In order to put on this event, Knight-Griffin talked to alumni who would be interested in catering the event, as well as designing and organizing T-shirts to hand out to students. She also made sure there were plenty of prizes in order to create an incentive for students to feel the school spirit of the day.

“This is the first time we’ve had to do them in person which is really exciting but also very intimidating,” Knight-Griffin said.

One of Knight-Griffin’s goals for the event was to promote the feeling of “Terp Tingles” for students on the campus. She explained that the term is not well-known outside of SALC, but that it is “the feeling you get of overwhelming school spirit and appreciation for the university.”

“We’re having students write about their favorite thing about the university on sticky notes,” Knight-Griffin said. “I wanted everyone who stopped by today to feel Terp Tingles.”

Additionally, students received a free T-shirt if they had completed a bucket list item listed in the M book to get students to feel more connected with the university, according to senior civil and environmental engineering major Charlie King. The book, a student guide to the university, is handed out to freshmen when they first arrive on the campus. The bucket list includes items like jumping into the mall fountain, eating Maryland Dairy ice cream and participating in a flash mob during basketball games.

SALC is “trying to engage students more and get them more in tune with Maryland’s traditions,” King explained.