Ukraine is not the only war seen by our generation. University messages can reflect that. 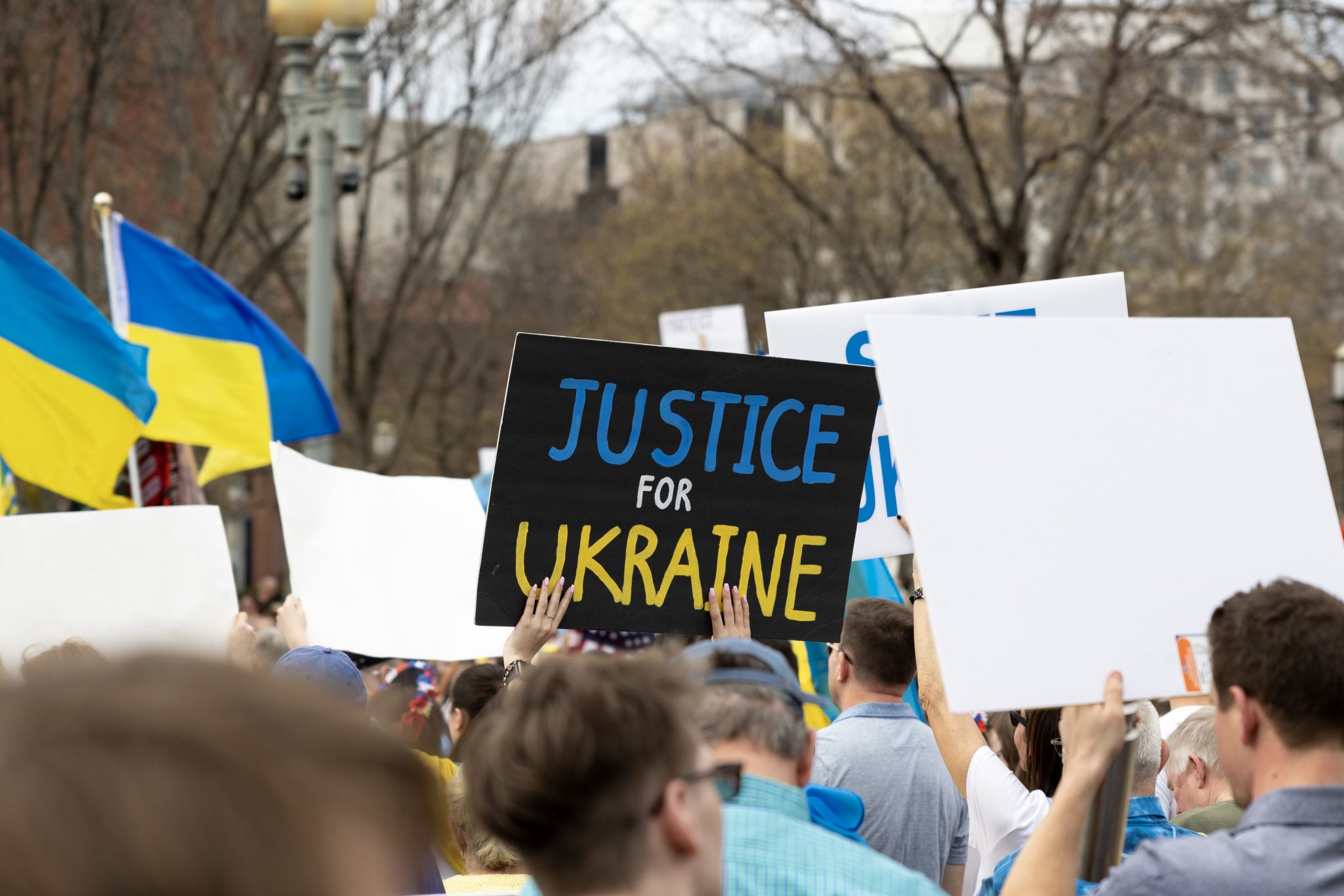 Protesters gather outside the White House in Washington, D.C. as part of the National Rally to Support Ukraine on Sunday, March 6, 2022. (Cam Andrews/The Diamondback)

As a University of Maryland graduate international student coming from India, I went to the gathering at the McKeldin Mall last Thursday to advocate for peace in Ukraine. The pain and anxiety of the attendees — many of them Ukrainians — was unmistakable.

But I felt they are not alone in this trauma. While it would be tempting to say that the Russian invasion has shocked many of us because people from our generation are experiencing the impact of genocidal military aggression on their family and nation for the first time, it is, in fact, a wrong statement.

True, this might be the first time in a while that a majority-white European country is fighting for its democratic future against occupation. But, as I write this, people from occupied and conflict-stricken nations and territories — including Kashmir, Palestine, Yemen and many other places — are watching Ukraine join them in their everyday trauma of war: shelling, firing, occupation and threat to sovereignty. The difference? Media coverage and swift, coordinated and effective international sanctions beyond U.N.’s playbook responses.

When Ukrainians all over the world grow from this trauma, they will first find it hard to reconcile with the realization that the ability to avoid war, occupation, and refuge is oftentimes a white, European privilege. Even during the Ukrainian crisis, African and Indian international people are finding it hard to cross the Ukrainian border to safety and experiencing racism and segregation at the hands of Ukrainian security forces and border officials. Compounded with this, there are comments in leading Western news channels such as “This is a relatively civilized, relatively European — I have to choose those words carefully, too — city, one where you wouldn’t expect that, or hope that it’s going to happen.” These aired opinions expose the bias and power structures in media coverage of international events.

Despite claiming to host an international and immigrant-friendly community on its campus, the dominant narratives surrounding war from the university have failed to note the nuances of these issues as well. While the message from President Darryll Pines’ office acknowledged support to Ukrainian and all other Terps affected, the blanket statement was vague and homogeneous-sounding when it came to the particularities of the catastrophic effects of the war it alluded to.

Furthermore, the university communications have come too late. Ukrainian Terps were tasked with spontaneously organizing and supporting each other. This has not only put a burden on the very people who have been affected by the invasion the most but has also failed to address how the situation affects everyone on the campus profoundly but differently. The university communication has thus failed to appeal to the entire community to unify in their solidarity with Ukraine. Perhaps as a result, the McKeldin gathering Thursday did not attract the number of people I expected, given the scale and the globality of the cause and the cohesion and political and social awareness the terp community has been shown to be capable of, such as with recent racism and sexual assault marches.

While many Ukrainian Terps are still reeling from their trauma and not in a position to process and discuss nuanced topics such as this, communications from the ISSS, and the president’s office, on conflicts and war, can be more precise, global and nuanced. Such carefully-written statements on war trauma from university offices could have brought together the experience of all who are encountering war and lethal conflict right now. Statements on peace appeal could connect all who are yearning for it, so that none would have to have felt unincluded and invalidated. That would have only strengthened the university community in its post-pandemic journey.

Global solidarity across color, race and nationality is not utopian wishful thinking. On the contrary, situations where it has been achieved, for example in international scientific collaborations like CERN and LIGO, have shown us glimpses of collective human potentiality that have been instrumental in pursuing mysteries of the universe. With more people across the globe sharing trauma, it can also be possible to have global anti-war collectives and we could choose our rhetorics toward that carefully.

Amitava Banerjee is a physics doctoral graduate student. He/they can be reached at amitavab@umd.edu.