A monster in the mirror: ‘Wayward Harbor’ is a terrifying audiovisual experience 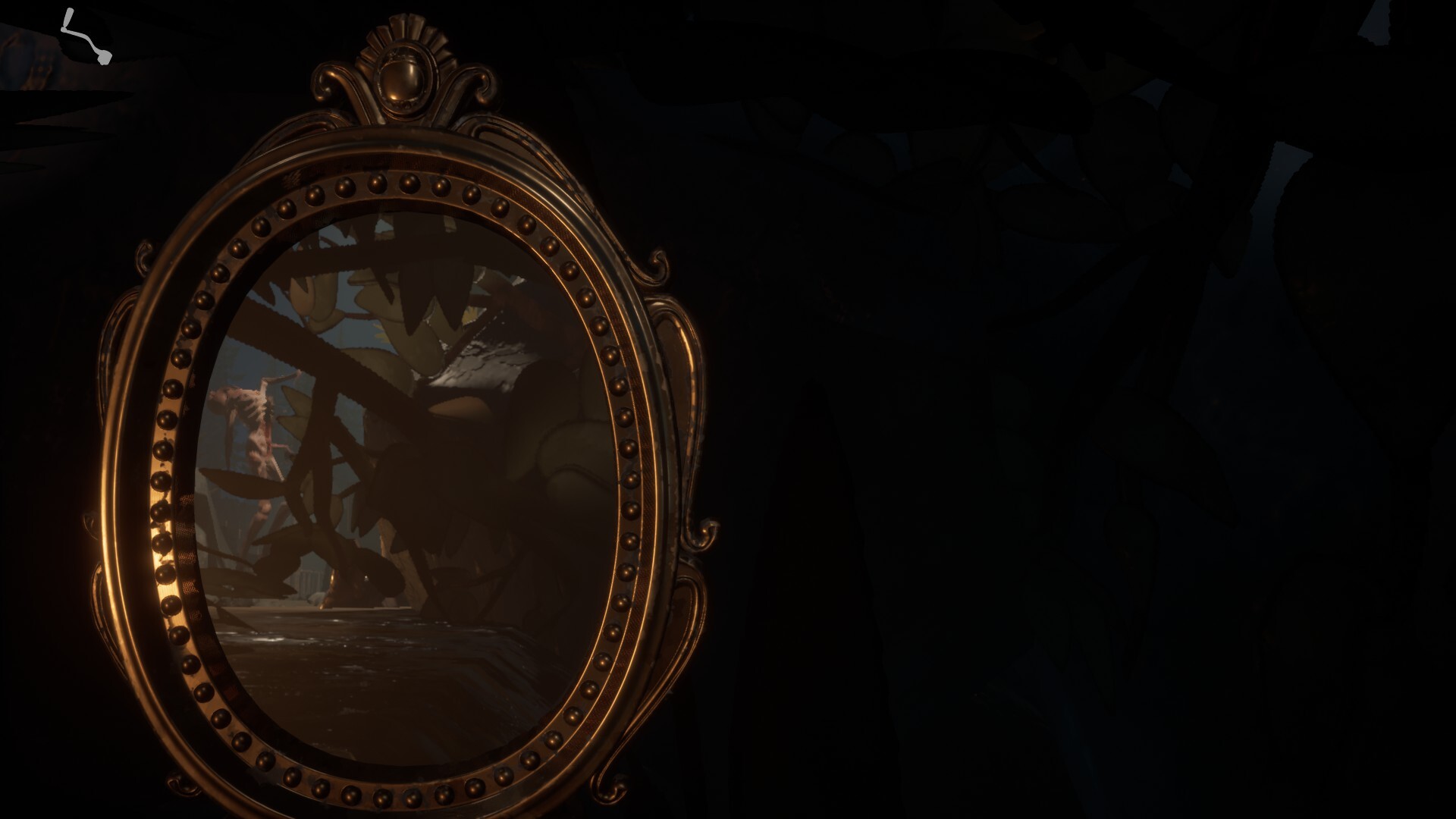 The monster prowling a picturesque seaside home is visible only in a handheld mirror in the free-to-play indie experience, “Wayward Harbor.”

That’s certainly a mechanical curveball that makes the game intriguing. But intriguing is not enjoyable by default. And constantly navigating a three-dimensional space in the wonky inversion of a virtual reflection was certainly not enjoyable.

It’s also not necessary, because the putrid terror telegraphs its position constantly. If it’s close, the player hears a thumping heartbeat, not unlike the “Dead by Daylight” terror radius system.

The game also darkens the whole scene when the monster isn’t socially distancing. If, like me, one were to find the mirror slightly too annoying to fiddle with, one could get through the game with naught but a stereo headset.

That strategy is legitimized further by the game’s hiding system. A hint, which appears after you die a few times, suggests hiding under tables and in bushes. It doesn’t tell you upfront you can taunt the spooky lad in smooching range, and all is forgiven once you’re under a table. But dauddle too long in its view and be punished with a jumpscare you absolutely deserve for your hubris.

Jumpscares that the player does not deserve, however, are a frequent annoyance. “Wayward Harbor,” being a brief promenade through a novel horror mechanic, is set in a small map with three sections.

At the beginning of each section, and when you make any progress toward escape-by-boat, the monster shrieks as if it’s attacking. But it’s not attacking — it’s changing its set-in-stone patrol path. While the monster’s brief tantrums never failed to make me jump, they felt unearned.

According to the synopsis on Steam, it’s about a 15-minute experience. I played for nearly two and a half hours, which I’m attributing to my stopping to take notes and such. Definitely not because I sat in a bush learning the monster’s path after each reshuffle because it was scary. Not at all.

Jests aside, this is a scary game, mostly to the credit of sound design. The monster’s ominous bellowing sent chills down my spine, even if it hasn’t quite grasped object permanence yet. Playing peek-a-boo gets terrifying when it’s with a sinewy floating bag of skin with a vibrating rib cage that can pierce yours with its tongue.

The mirror reflects a unique, but not groundbreaking innovation, and is only really necessary to admire the monster’s charming visage. As a mechanic, it would be interesting as a small part of a larger horror story. Then the sudden death from a silent corner would create torment in every corner that doesn’t have an invisible beast lurking.

“Wayward Harbor” is a test case that proves the reflection system can’t carry a full game. But it’s entertaining, and free, so give it a try. Or play a better free game, like the twisted mystery “Fingerbones” or “The Plan,” a poetic vignette of a fly.