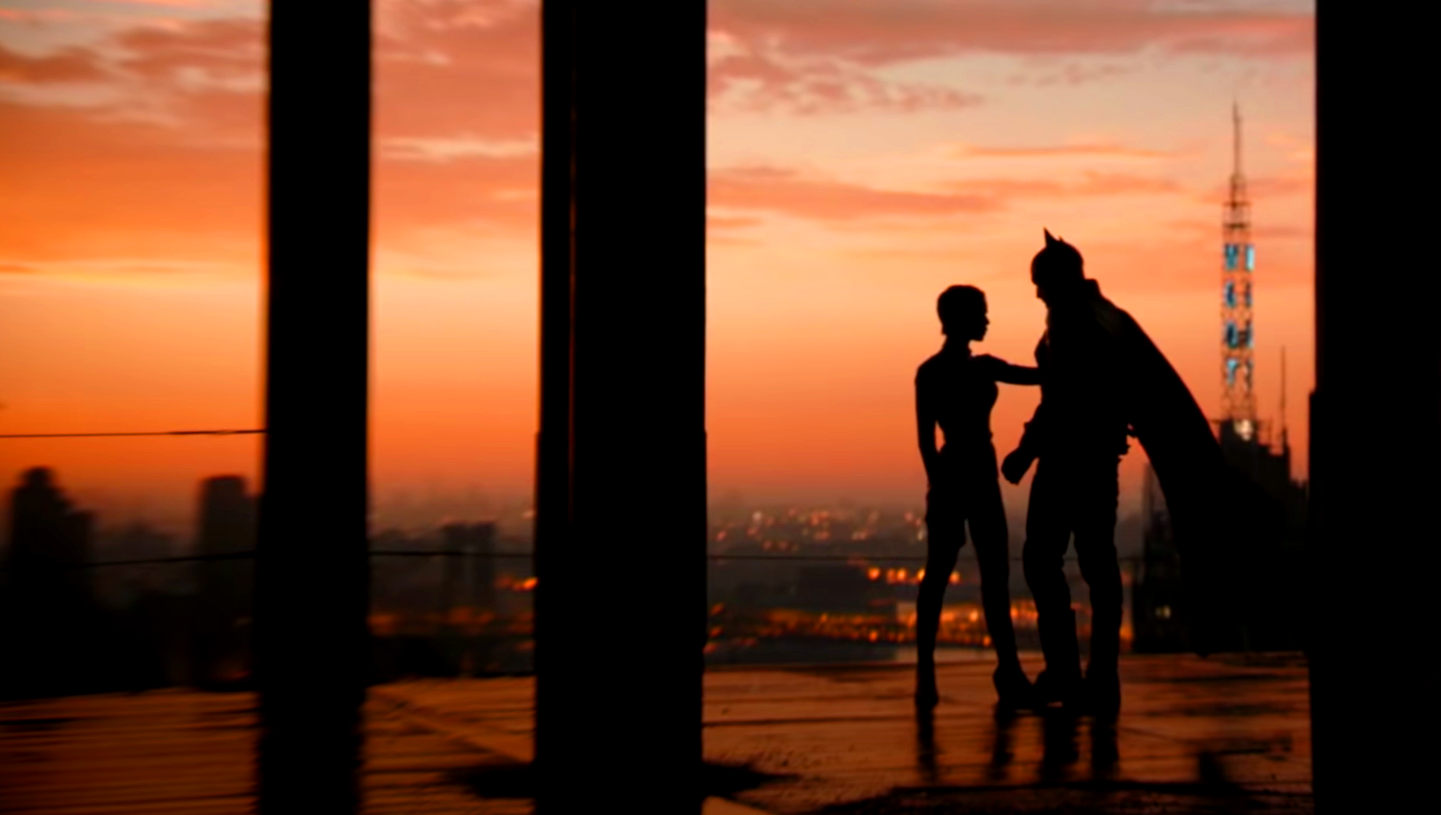 The Batman will hit theaters March 4, offering audiences a new Batman played by Robert Pattinson in the early years of his vigilante career.

Director and writer Matt Reeves wanted the film to be about The World’s Greatest Detective, allowing him to grow with an arc of his own, without falling into the origin story mold.

“The blank page is like being in a dark room and you’re on hands and knees and you’re reaching for something that feels familiar,” Reeves said in a virtual news conference following advance screenings.

Reeves said starting with a young Batman left “room for an awakening” in his story. That story brings the Caped Crusader face to face with several comic staples, including Selina Kyle, a.k.a Catwoman, played by Zoë Kravitz, and Carmine Falcone, played by John Turturro.

[Review: ‘The Batman’ debuts an imperfect hero in a fresh adaptation]

Pattinson spoke on how his performance was shaped by Reeves’ decision to start with a young Batman.

“Batman’s always been kind of fallible. He’s just a man in an armored suit, but this really, really embraces that,” Pattinson said. “It makes it kind of more interesting to play in a lot of ways.”

The panel was asked about the props from the film that encapsulate the experience, and Turturro spoke up about the sunglasses he found for the infamous crime boss Falcone.

“I met a person like [Falcone] once,” Turturro said. “My father … he told me ‘don’t look in his eyes,’ … because his eyes were kind of dead, and they were also very seductive. And my father was right. And that person has remained in my mind.”

Turturro likened the shades to his character’s equivalent of a mask; Pattinson said “If you’re in a Batman movie, you’ve got to put a mask on.”

Producer Dylan Clark drew attention to several central props: the rambling journals of Paul Dano’s Riddler, the variety of wigs donned by Kravitz’s Catwoman and the gun and badge of James Gordon, played by Jeffrey Wright.

Dano made it clear that he doesn’t want to keep anything of Riddler’s.

“One of the ways you kind of try to fool yourself as an actor is trying to let the clothes and the props have contained so much of the energy,” Dano said. “Just so you don’t feel like you’re going too mad.”

After playing the serial killer, for whom cling film is a tool of the trade, he said his “relationship to Saran wrap is a little different now.”

About Riddler’s role in the film, Dano said the murderer’s motivation and groundedness made the story more intriguing.

“There is something wrong in this city,” Dano said. “And it’s really complicated to have a villain who some of his ideas are not wrong. The execution is a little off.”

Audiences can experience the two-hour and 55-minute PG-13 detective tale this weekend for an unusually intimate portrayal of a Batman still learning how to protect Gotham.