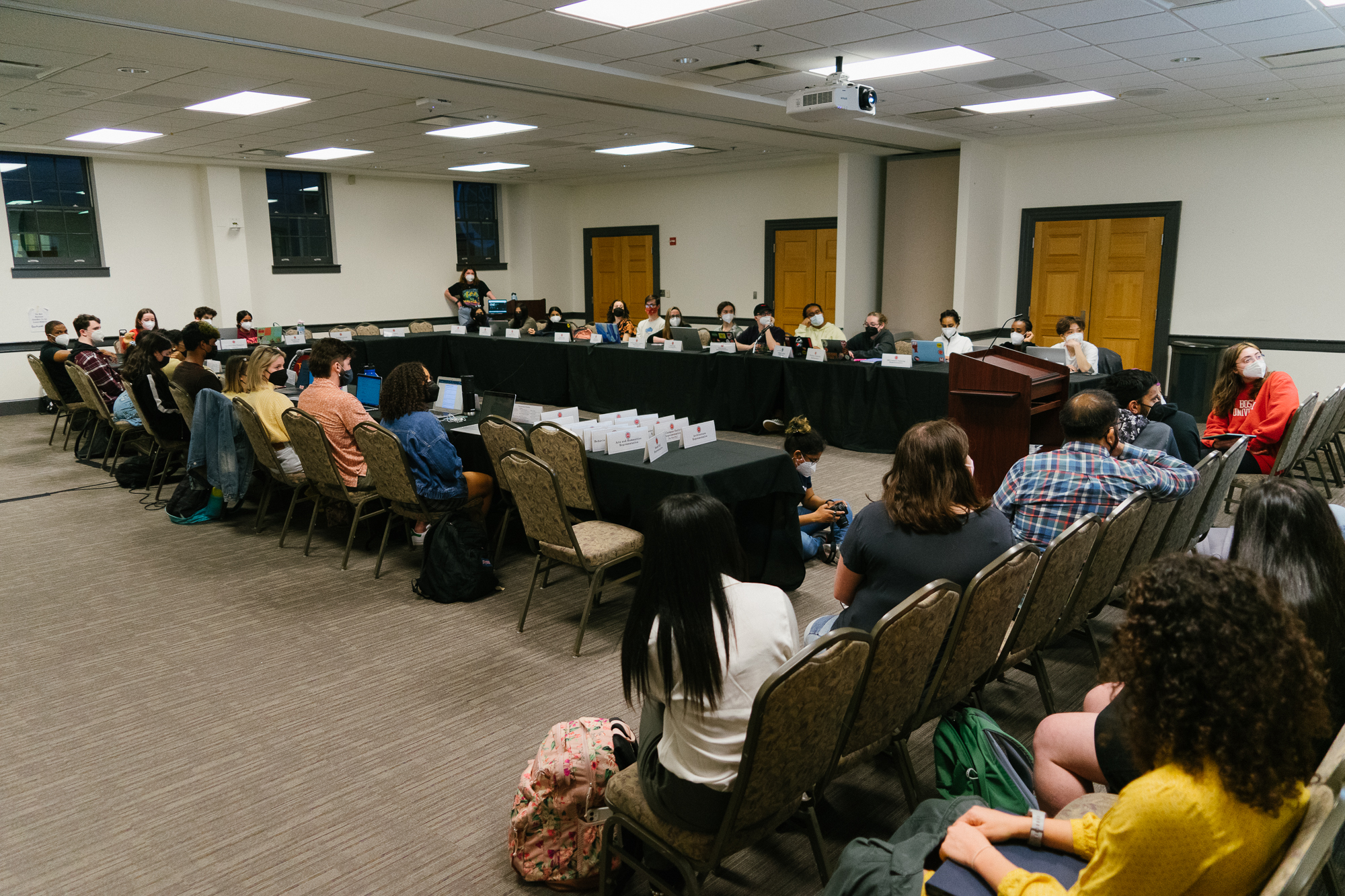 Program director of Bias Incident Support Services Brian Medina presented hypothetical situations to SGA members that could be applied in their meetings and everyday life on Zoom. Ze also talked about important points of inclusion and the resources available on the Bias Incident Responses Protocol website to report a hate-bias incident.

Medina additionally discussed the office’s role and what SGA members can do to ensure people feel comfortable sharing their identity, especially in situations where someone’s name and pronouns are not being honored.

“It’s an invitation, it’s not an expectation,” Medina said of sharing their pronouns.

When Medina asked how SGA representatives could advocate for change, Nicholas Marks, the education representative, said larger outreach programs toward campus organizations have been mostly effective in getting feedback from student groups.

[UMD SGA passed nine bills in the past two weeks. Here’s what you need to know.]

“Maintaining a strong network of peers, alliance groups and faculty is honestly the most productive way to get things done,” the freshman secondary education major said.

Senior Spanish major and the transfer representative Mariam Khan, agreed with Marks’ statements and said reaching out to student organizations is the most efficient way to make change happen. This way they can listen to what resources and funding groups need while having important discussions with the community.

After Medina shared the hate-bias incident dashboard — which features types and number of hate-bias incidents at the university over time — senior psychology major and South Campus Commons representative Jessica Levenson inquired why BISS does not have data on the dashboard about incidents prior to Medina entering the position in August 2020.

Medina said the office has the data but it is currently not in a form easily accessible to the public like more recent incidents are. Medina and the team undertook the task of altering the dashboard with the assistance of the Division of Information Technology to make it more comprehensible.

Ze described the prior dashboard as “police blotter” with lines of information including the date and brief description of the situation. The newer representation of data is meant to be more accessible — using simple graphics such as pie charts with identifiable colors — for the BISS office and students looking into their resources.

“Unfortunately that early data set was very clunky, was not something you could ever change, it was just static, you couldn’t organize any of it,” Medina said. “I’m glad that we at least moved in this direction, having a dashboard that is dynamic.”

Following Medina’s presentation, the SGA introduced a bill condemning the Department of Transportation Services for increasing mandatory shuttle-bus fees. The bill was written in response to the student fee forum SGA co-hosted with RHA and the Graduate Student Government.

The fee is spiking from a recommended 4.04 percent to a flat 9.84 percent for all undergraduate students to raise the over-$1 million needed to continue university shuttle bus operations. Marks, the sponsor of the bill, said DOTS needed to find alternative ways to fund these operations without putting the financial burden on students.

“We kind of feel like there’s no other alternative sources of funding that have been proposed and DOTS historically raises this fee on the backs of students,” Marks said.