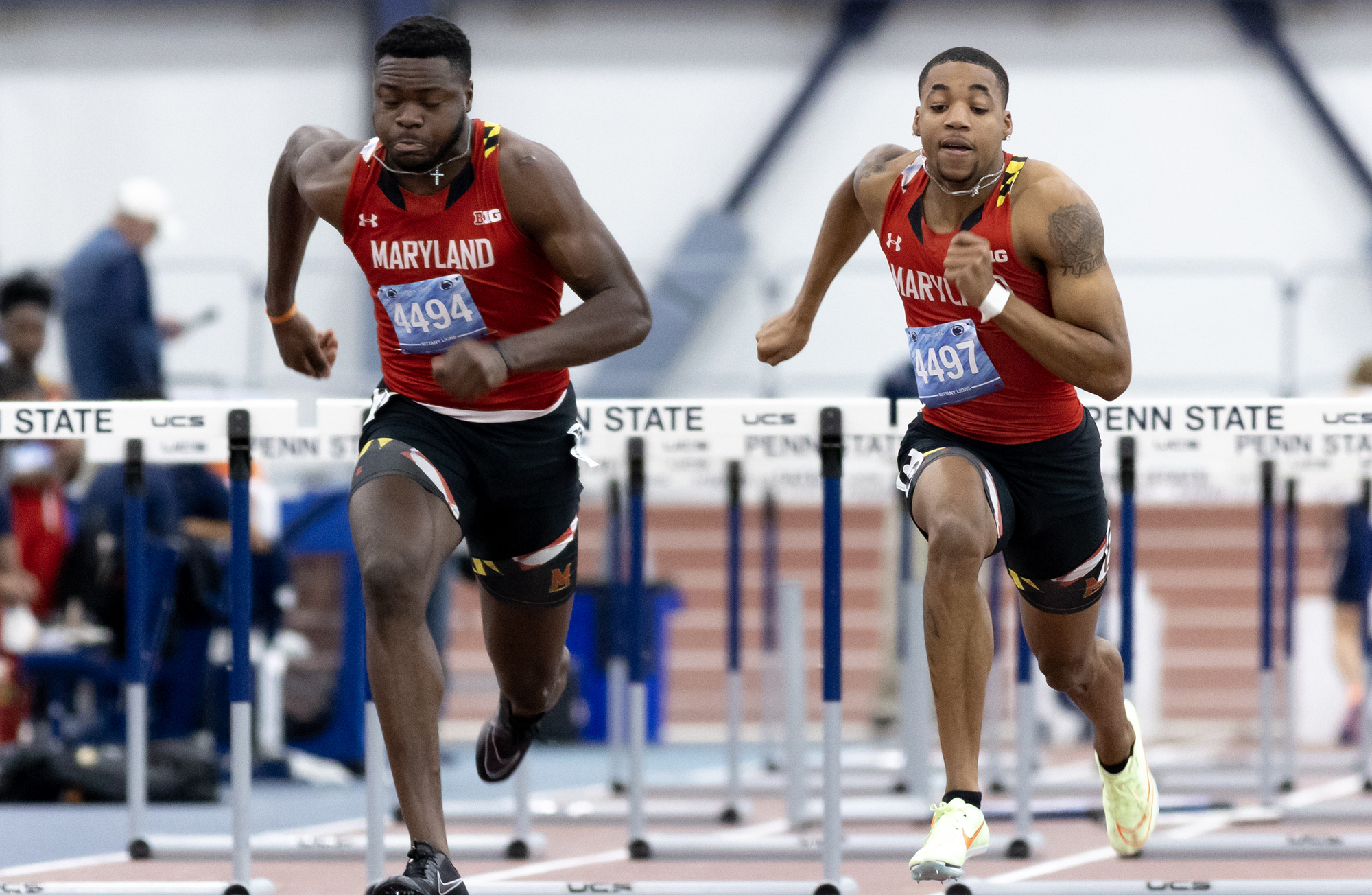 Caleb Dean raced to a first place finish in the men’s 60 meter sprint prelim race Friday afternoon. He simultaneously qualified for the race’s final event later Friday night and broke the program record in the 60 meter with a 6.66 second time.

He began to feel fatigued. He had just run his third race in a little over an hour and was about to run in the 60 meter final that he just qualified for.

Able to shove the fatigue aside, Dean did it again.

He topped the program record that stood for mere hours, this time finishing with a 6.63 second time that was enough to win the men’s 60 meter sprint finals.

“I felt a little fatigue in my legs,” Dean said. “I wasn’t really sure how it was going to go. It’s been a long time since I’ve been that successful.”

It was just the start to a strong weekend for Maryland track and field in its final meet of the indoor regular season at the Virginia Tech Challenge.

Fifteen other Terps had podium finishes in their respective events throughout the weekend, including Christine Laurie’s first-place finish in the women’s mile on Friday to go along with nine other personal or season-bests from the team.

Maryland found the most success on the track. The podium for the women’s 600 meter dash featured two Terps with Mackenzie Morgan and Kami Joi Hickson finishing second and third, respectively. In the men’s side of the same event, Colin Rowe and Maxwell Myers also finished second and third.

Dean also shined in the 60 meter hurdles, winning the event’s prelim race and finishing second in the finals. Adetomiwa Adebayo joined Dean on the podium, coming in third in both the prelim and final races.

On Saturday, the men’s 4×400 meter relay team composed of Dean, Myers, Rowe and Joseph Ewan finished second and clocked the third fastest time in Maryland history with a 3:13.20 finish.

Although the men’s team will not send any athletes to the Big Ten championships next weekend, Dean is hopeful the success from the Virginia Tech Challenge will carry over for Maryland track and field’s women, who will compete in the conference championships. For himself, Dean is confident a strong finish to the indoor season will set him up for success for the outdoor season next month.

“The success that we had at this meet will definitely carry over for the women’s team and give them momentum to… compete at their best,” Dean said. “I feel like I’m way better at outdoors. This success that I had during indoor would definitely travel over.”