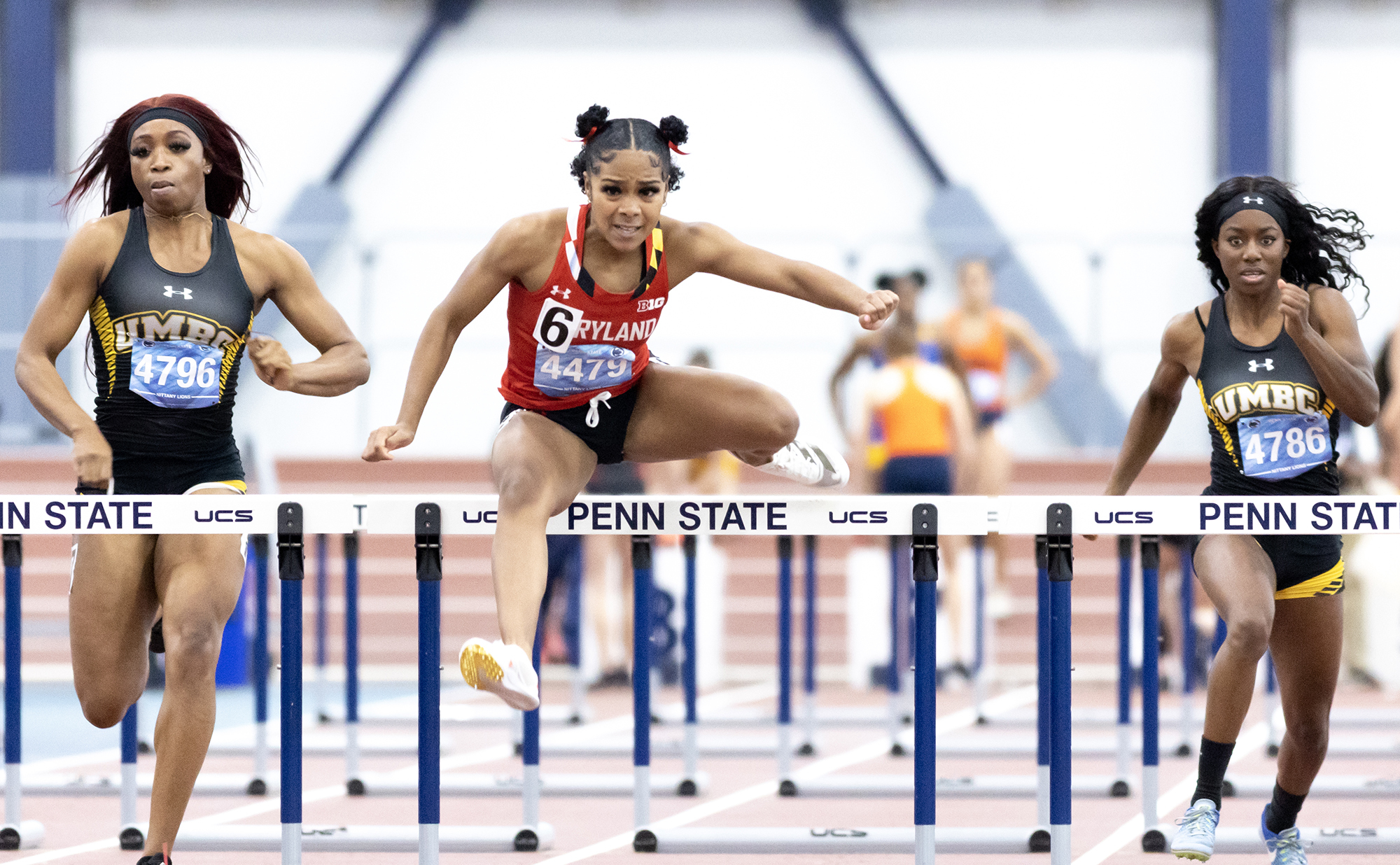 For the third consecutive weekend meet, Maryland track and field had an athlete place first in their event at the Rutgers Open this weekend.

Junior runner Chelsey Cole finished in first place in the women’s high jump with a top attempt of 12.23 meters.

Three more Terps had podium finishes. Sarah George came in second place on Friday in the women’s weight throw. George’s 18.13 meter throw in the event set a new personal record and was the 10th-best mark in program history.

Five more Terps finished in the top-10 of their events throughout the weekend. Kobe Simpson finished fourth in the men’s 400 meter dash and Kamryn Henderson finished eighth in the women’s weight throw championships.

Kami Joi Hickson raced to a seventh-place finish in the women’s 600 meter dash and her 1:33.90 time set the fifth-best time in the event in program history.

Coach Andrew Valmon called this weekend a “tune-up meet” with just one meet remaining in the indoor season before the Big Ten championships later this month and the NCAA championships in early March. Valmon used the weekend as an opportunity to let some younger athletes gain valuable experience on the track or field.

Stars Caleb Dean and Angel Nkwonta did not participate this weekend.

Ellis, who ran a 7.90 second time in the women’s 60 meter, made her college debut for the Terps. She, Wright and Colflesh each finished in the top-20 of their respective events.

“Each week we continue to build momentum,” Valmon said in a release.