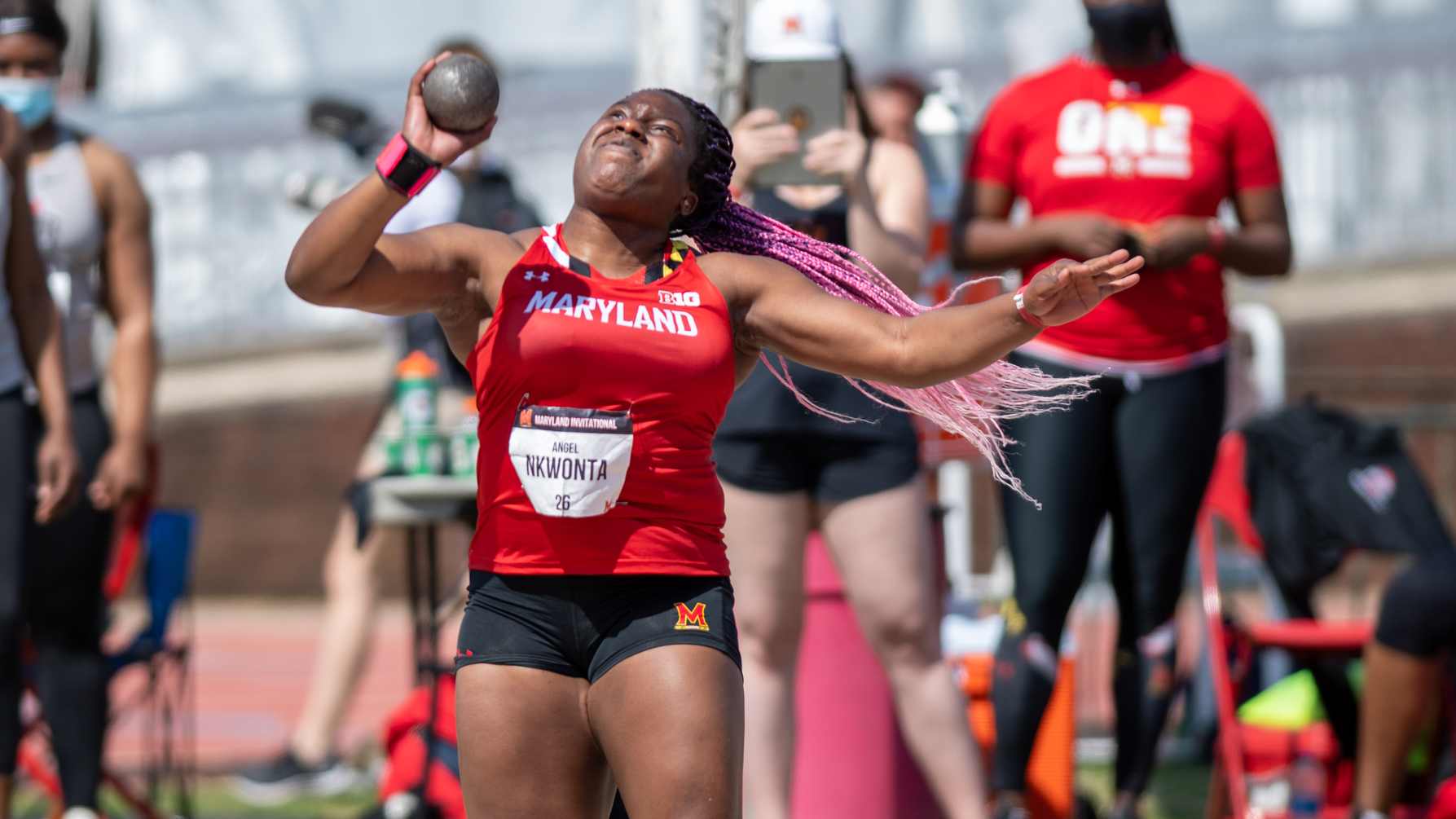 After a meet that saw three program records either broken or tied last weekend at the Rod McCravy Invite, Maryland track and field struggled to carry the success over to day one of the Dr. Sanders Invite in New York.

Then, the wheels fell off. Both came in last in their respective finals with significantly slower times compared to their finishes in the prelims.

Dean’s 10.77 second finish was nearly a full three seconds slower than what he ran earlier in the day and Adebayo’s 7.52 was over a half second behind his time to qualify for the final.

Adebayo also ran in the 60 meter prelim race but did not qualify. His time of 8.10 seconds was a hundredth of a second behind ninth and the final qualifying place.

The tide turned in the Terps’ favor moving into the second and final day of the meet. Maryland’s lone first-place finisher from the weekend came from Kaithon Mcdonald with a 2.15 meter score in the men’s high jump, Saturday afternoon. It was the 10th highest score in program history.

Women’s thrower Angel Nkwonta again dominated in the field on Saturday with a podium finish in the women’s weight throw, placing second with a 20.29 meter toss. Alice Barnsdale also placed in the top-10 of the event with a 18.48 meter top attempt.

Nkwonta also competed in the women’s shot put invite and finished fifth with a 15.27 best throw as the only collegiate thrower competing in the event. The eventual winner was Canadian Olympian Sarah Mitton.

Back on friday, men’s runner Brandon Turpin set a personal record in the 60 meter hurdle, his 8.45 seconds placing 24th.

Men’s thrower Jeff Kilne finished in second place in the men’s shot put on Friday with a mark of 17.76 meters on his fourth attempt and women’s thrower Kamryn Henderson placed sixth in the women’s shot put.

Gerald Norgbe set a personal record in the men’s triple jump with a 14.71 meter attempt.

The top performances on the track, Saturday, came from two freshman. Katie Altieri — who placed 12th in the women’s 3,000 meter run with a 9:45.74 time — set a personal record that is now the eighth best in program history.

“Each week we are continuing to see the group put top marks on the board,” Valmon said. “This is the type of competitiveness we want to see every time we go out to compete.”