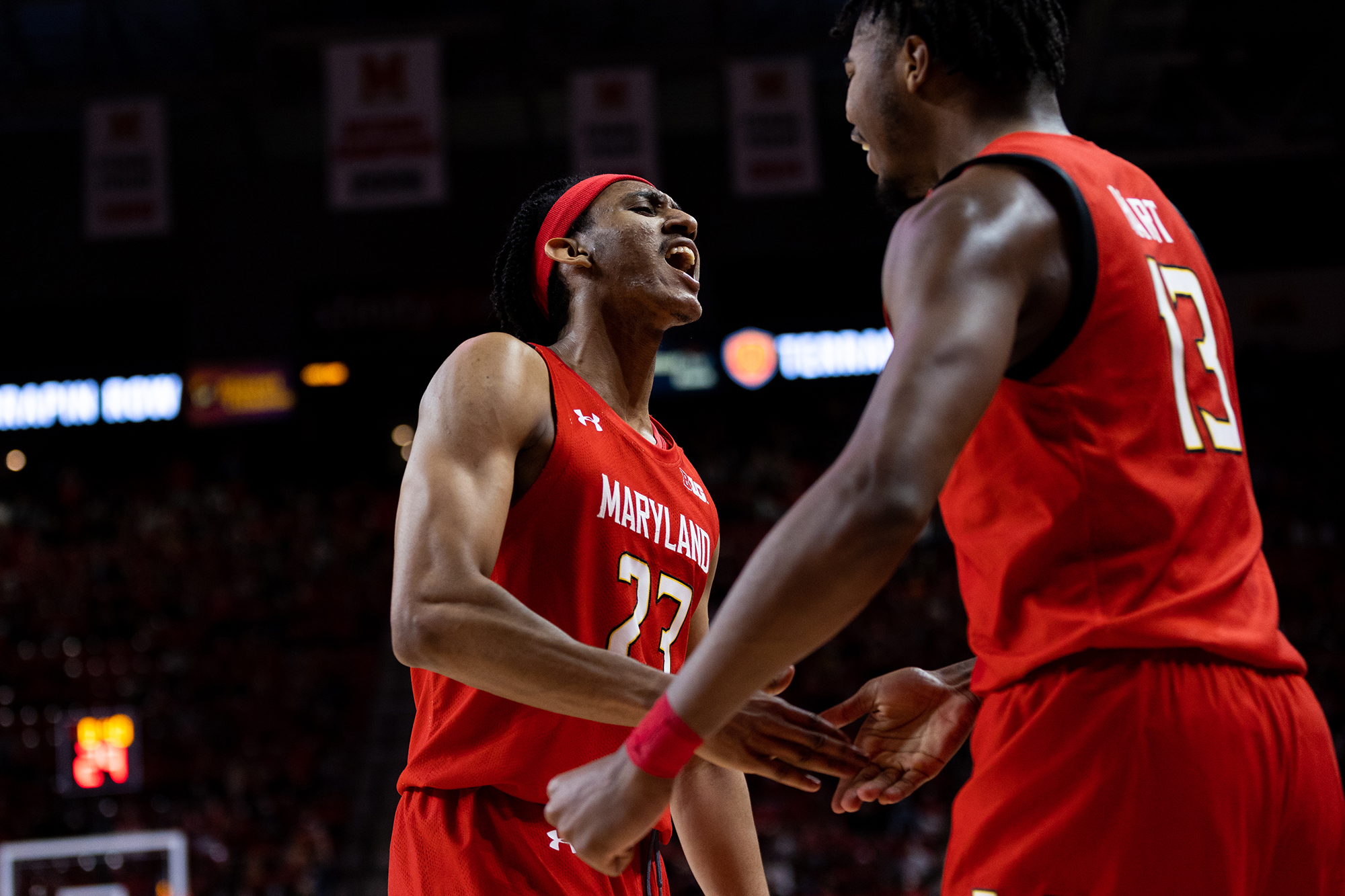 Maryland men’s basketball has relied on its starters from day one.

The Terps boasted a top-tier starting five through preseason, and just about every victory they’ve earned to this point has centered around some combination of that group making an impact.

However with the regular season winding down, Maryland has found new depth off of the bench.

In back-to-back wins, strong defensive performances from Ian Martinez and Xavier Green are seeing the pair of transfers grow into the roles the Terps hoped they’d command — being high-level defenders in the Big Ten.

“It feels great to contribute to the team in some of the things that I can do the best,” Martinez said. “I try to take a lot of pride on defense and just try to go out there and make an impact in whatever way I can.”

Although Green started the last three games in lieu of Eric Ayala as he continues his wrist injury recovery, his effectiveness as a one-on-one defender is shining.

As Ayala works his way back into the starting five, having Green at his best is proving a key factor in Maryland’s recent run of wins.

Green — a sixth year guard — is a reliable hand. While the Terps work their way back toward a winning record, having him in form to play considerable time on the court boosts the entire team.

“Guys don’t have to be out on the court for as long of stretches as sometimes we’ve had guys out there,” interim head coach Danny Manning said of his team’s new depth. “It just gives us a chance to keep fresher bodies in the ball game.”

Through 27 games, Maryland has leaned on that small group of starters and Julian Reese for the bulk of minutes in the game. Having a reliable seventh and eighth player for high leverage situations figures to be a positive barreling toward the Big Ten tournament.

As Big Ten play ramped up, Martinez’s time on the court remained limited. If the guard managed to get on the court at all, he’d rarely play more than 10 minutes and had little effect.

In the past few games, he looks like a new player.

“Proud of his progress throughout the season,” Ayala said. “He’s definitely been critical these last few games, helping us out a lot.

Over Martinez’s last four performances, he has scored 40 percent of his season total points. But scoring is not Martinez’s bread and butter. That comes on the defensive end.

And going into the Terps’ next game against Indiana, Martinez is riding back-to-back games of four steals.

“I’m glad he’s doing that in games now. I go through it every day in practice,” Fatts Russell said after Maryland’s 67-61 win over Penn State Monday. “That’s the Ian Martinez that I see in practice.”

Martinez was well thought of coming to the Terps from Utah over the summer. But his on-court production was underwhelming for the first few months of his tenure in College Park.

He says he’s feeling more confident, and it’s showing on the court. Russell said the team as a whole has grappled with its confidence and second guessing the decisions made on the court.

But if Martinez is any indication, the Terps are moving toward a much more self assured end to the season.