Politicians aren’t in touch with the student experience. They shouldn’t run colleges. 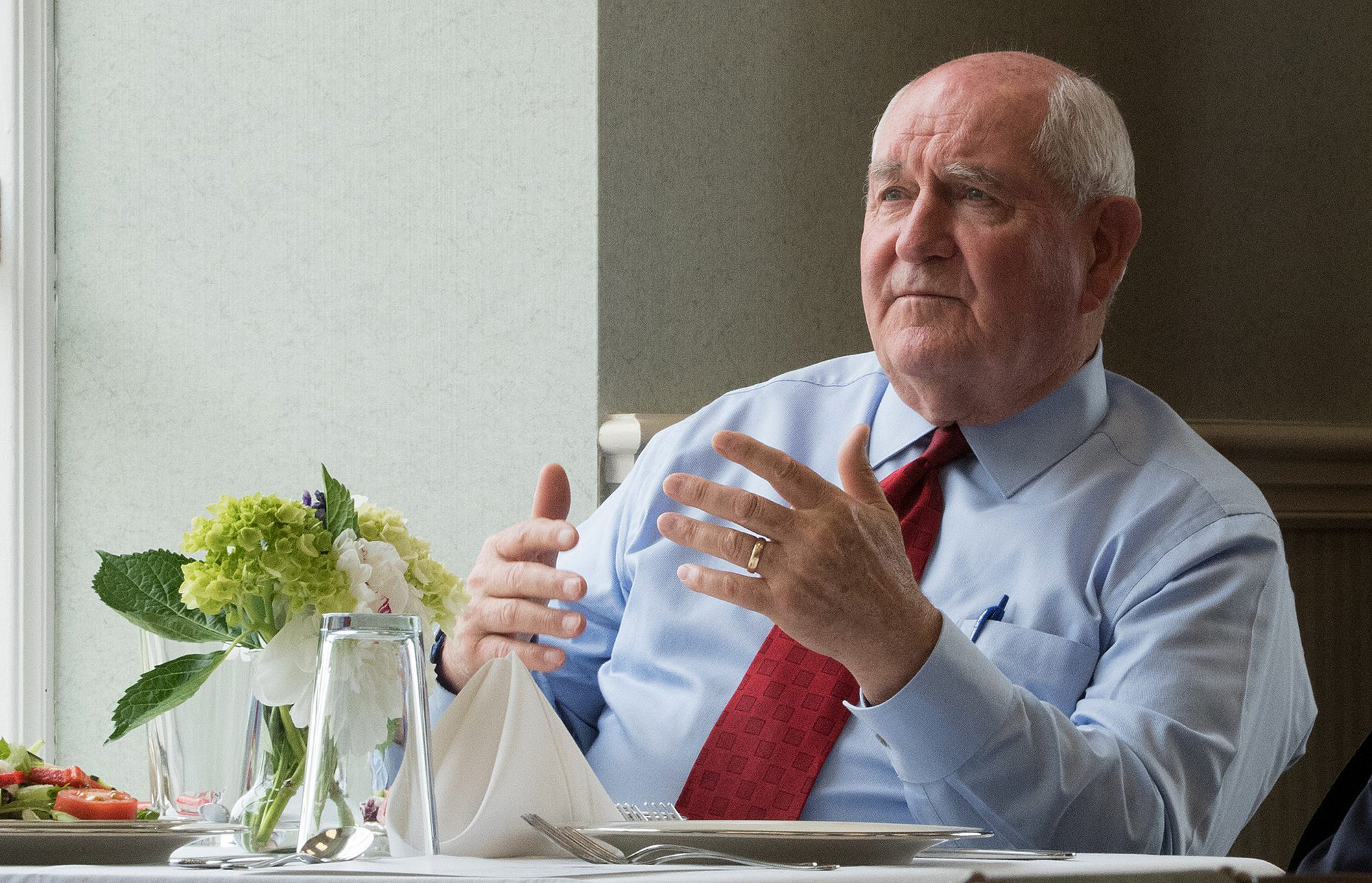 Sonny Perdue at the U.S. Department of Agriculture headquarters in Washington, D.C. on May 4, 2017. (USDA photo by Lance Cheung)

Colleges and universities’ decisions of who merits administrative positions always have the potential to become contentious, with arguments often focused on whether candidates should be hired in-house or from outside the school. Sometimes, however, schools extend this debate to whether the candidates should come from higher education at all or from other fields — most notably politics.

Sonny Perdue, the former governor of Georgia and agriculture secretary under former President Donald Trump, has no experience working in higher education and is being named chancellor of Georgia’s public college and university system. Perdue’s hiring has been controversial because of his lack of experience and fears of the further politicization of higher education, but this would not be the first example of universities hiring politicians with little to no experience in higher education to lead them. It’s a path too many schools have chosen in the past, one that values prestige over practicality and results in a process that unfairly cuts out candidates who are more suited to the job.

First, let’s dig into why universities hire politicians for these roles. Many schools want to have a well-known and prestigious figurehead to put them on the map and publicly advocate on their behalf. The Queen’s University in Belfast said as much when it announced Hillary Clinton would be their next Chancellor, despite the fact that she does not and has never lived in Ireland. The chair of the university’s Senate called her “an internationally recognized leader (who) will be an incredible advocate for Queen’s,” which, although vague, is all they really need her to be — considering her role is largely ceremonial.

However, most politicians who get these positions have much more substantial roles than Clinton. These include Perdue, who would be in charge of over 20 schools, former Indiana Gov. Mitch Daniels, who has been Purdue University president since 2013, and former Arizona Gov. Janet Napolitano, who was in charge of the University of California system from 2013 to 2020. While people like Daniels, Napolitano and others have had their controversies, they were not exceptions in what one might expect from a university president. The problem lies more with how and why they — and many others like them — were chosen for their positions.

This brings us to the second big reason why universities are inclined to hire politicians: money. One area where the worlds of electoral politics and higher education definitely intersect is the need to raise vast sums of money on a near-constant basis. Reportedly, this is one of the main things Boards of Regents look at when they decide to pick a politician to run things.

It is true that raising money is a big component of both jobs — but should it be the only qualification to run a university? Politicians usually do have connections to people with deep pockets, but there are more important duties to being a university president than raising funds, especially dealing with things that affect the physical and mental health of students, like sexual assault or the pandemic.

The problem has less to do with competency than it does with hiring practices. A person who has experience running the government can probably keep a college up and running, but wouldn’t the person best suited to make decisions which affect thousands of students be someone who has actually spent some time around them? Each and every university has in-house candidates (i.e. deans, provosts or even professors) who have ample experience in either the administrative side of higher education or in actually working with students, but politicians get to cut the line because of their connections and notoriety.

Yes, colleges need to network and fundraise, but we as students also need leaders who understand and can empathize with our concerns. That will be harder for someone who flies to campus straight from Capitol Hill or a governor’s mansion than for someone who already has to deal with the campus community for their current position.

Perdue might destroy Georgia’s public school system with his right-wing views, or he might be able to run it competently with bumps on the road no bigger than the average university president. Either way, he hasn’t been involved in higher education since he was a student, which means he likely got the job over others who better understand the concerns of current students.