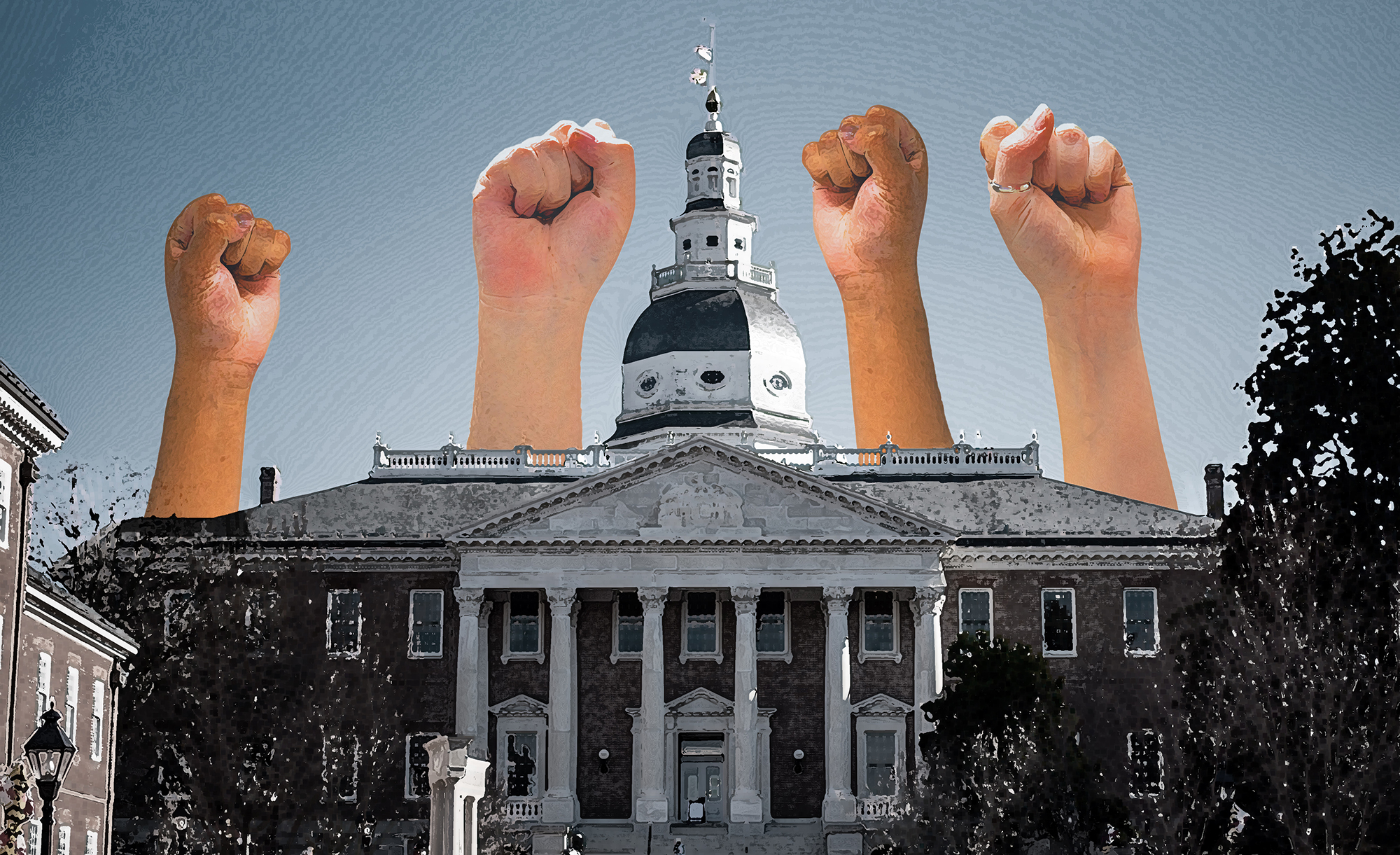 When Nina Jeffries first got involved in a statewide push for an Environmental Human Rights Amendment, she was knee-deep in caselaw text, studying with a University of Maryland law professor and writing a 20-page research paper for honors credit.

Jeffries thought the amendment — which would afford every Marylander the constitutional right to a healthy and sustainable environment, and the ability to take legal action if this right is violated — could provide an opportunity for those who are disproportionately affected by pollution.

“I think it was just inspiring and exciting,” the environmental science and policy major said. “Once you write a 20-page paper, they’re just some things I’ll never forget.”

Now a senior and the director of sustainability for the Student Government Association, Jeffries is one of many students fighting for the passage of an Environmental Human Rights Amendment in the Maryland General Assembly’s 2022 legislative session.

The amendment, sponsored by Del. Wanika Fisher (D-Prince George’s), would appear as a referendum on voters’ ballots this November if passed by both chambers of the state legislature and signed into law by the governor.

The idea of an Environmental Human Rights Amendment has floated around the Maryland General Assembly and activist organizations for years, said Rosa Hance, who chairs the Maryland chapter of the Sierra Club.

When Fisher took on the amendment and introduced it in the 2021 legislative session, she used her expertise in Maryland law to make the amendment a broad, sweeping measure.

“I was like, ‘I want to work on a bill that’s not like, let’s change this one air regulation,’” Fisher said. “This bill doesn’t say you can’t cut down this tree … or XYZ with air quality. I am saying Marylanders have a constitutional right to a healthy environment.”

The Maryland Campaign for Environmental Human Rights pushed for the amendment in the 2021 legislative session, Hance said. But activists were told that passing an amendment with a referendum was not as relevant because it was not an election year, she added.

“[The amendment] will go a long way in supporting our current initiatives and further initiatives, in terms of promoting sustainability on campus,” said the sophomore computer science and government and politics major and SGA Speaker Pro Tempore.

He added that the amendment would be a step in the right direction that could prompt the Maryland General Assembly to pursue more technical climate solutions in the future.

Research has shown that people from lower socioeconomic backgrounds and some racial minority groups often face higher exposure to pollutants.

“This one felt like a real opportunity to bring a voice of color, a Black voice, to environmental issues,” Fisher said. “We don’t always tend to be the face of these issues.”

Fisher added that communities of color don’t always have the tools or resources to advocate for environmental change. The ability of these communities to file suit if others violate their right to a healthy environment will be an “amazing tool,” Fisher said.

Marilyn Yang, a junior environmental science and policy major and deputy director of this university’s SGA Sustainability Committee, added that the amendment will not serve as an end-all, be-all for climate change in the state.

“But the bill will provide a really crucial, needed set of additional, broader legal protection for communities that are disproportionately hit by pollution and other environmental justice issues,” Yang said.

Students from this university and others rallied Friday in Annapolis to support the bill.

The bill will have a hearing in the House of Delegates’ Environmental and Transportation Committee on Feb. 23 and in the Senate Judicial Proceedings Committee on March 9.