With new coaches and new players, Maryland softball strives to improve on 2021 season 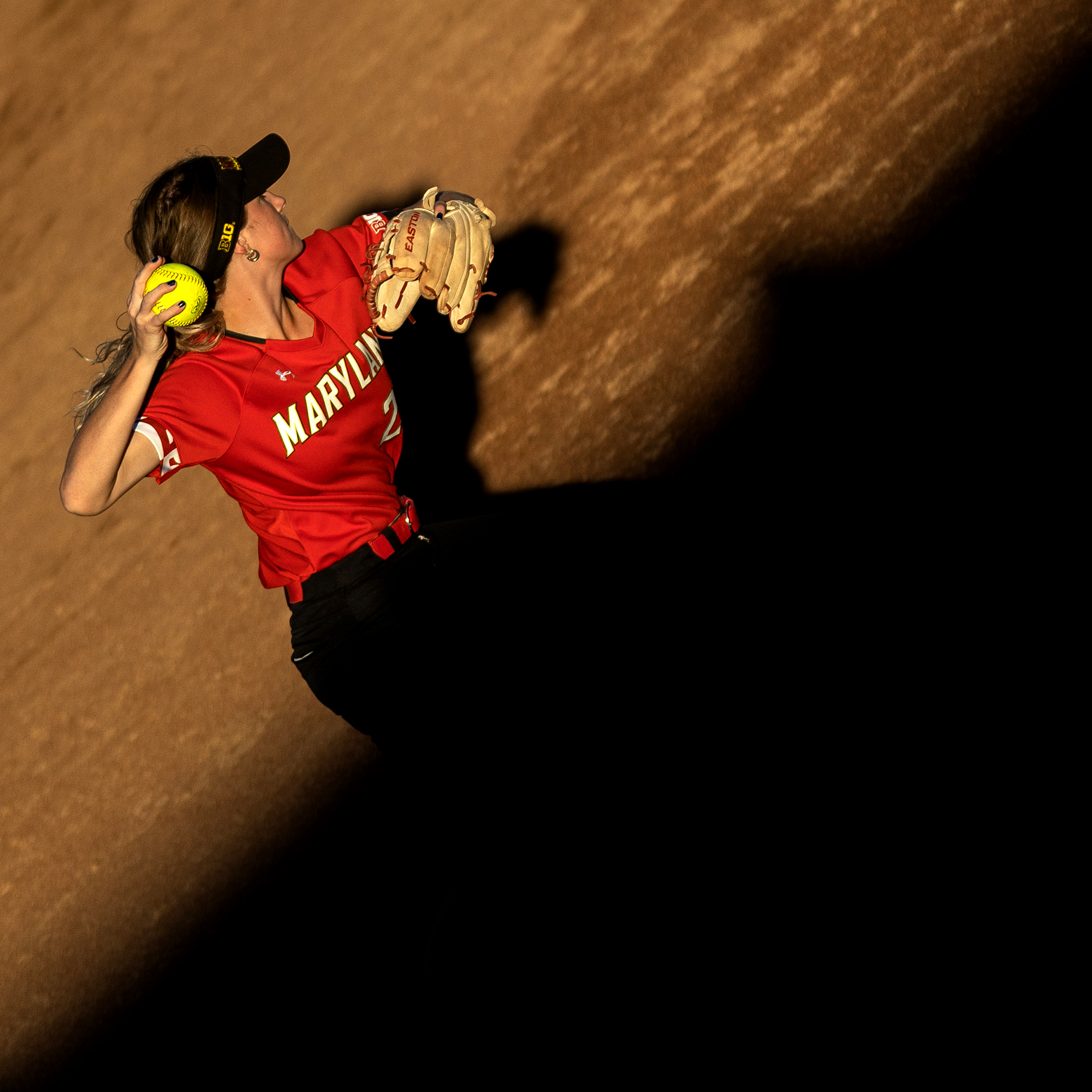 The 2021 season for Maryland softball was not like any other.

Maryland faced off against strictly Big Ten schools due to rules around the COVID-19 pandemic. The Terps did not play a single nonconference game. Rather, Maryland battled every other school in the conference for the first time in a single season.

Maryland struggled away from home. The Terps only won four of their 16 games played on the road and got swept at Nebraska and at Michigan — both of which were four-game series.

At home, Maryland fared much better. The Terps finished above .500 (9-7) at home for the first time since 2014, years before coach Mark Montgomery arrived in College Park.

A big change to Maryland’s coaching staff this season is the hiring of assistant coach Emerald Doria. Doria reunites with Montgomery after previously serving as Montgomery’s associate head coach when he was the head coach at Louisiana Tech before he came to Maryland.

Doria also played for Montgomery during her college career at Centenary College. Following Montgomery’s departure to Maryland, she became the head coach at Southwestern University.

Montgomery made a big push for Doria when an assistant coach spot opened up following Mike Larabee’s departure to become head coach at FIU.

“She was my number one choice. I didn’t know if I could get her … I was ecstatic when she said yes,” Montgomery said. “We work extremely well together and I promise  she’s a big piece of the growth of the program. She’s helping us take that next step because of how well we work together.”

Maryland will have to manage being away from home for a long stretch to open the season. The Terps’ first home game isn’t until March 16 when they’ll take on UMBC as part of the Maryland Invitational. Maryland will have played 25 games before playing an inning in College Park.

“It’s always tough when you have to be road warriors but that’s just what the climate dictates around here,” Montgomery said.

Consistency will be key in Maryland having a successful start to the season, according to Montgomery. The Terps are set to face off against ranked opponents seven times before even reaching Big Ten play, including an opening game matchup against No. 18 Tennessee.

Two big additions to the 2022 Maryland softball roster could contribute to a more consistent start. Mackense Greico joins the Terps following her time at Furman, and Kiley Goff enters College Park by way of Purdue.

Greico returns home to Maryland, having grown up in Aberdeen, Maryland. Last year, Greico led the Paladins in batting average, finishing with a team-high .362. Additionally, Greico recorded 47 hits, nine home runs and 36 RBIs, all of which were team-highs. Greico was rewarded with a first team All-Southern Conference selection.

Goff, only a sophomore, dominated in West Lafayette, Indiana last season. Goff appeared in all 44 games, starting 40. She finished the season with 20 runs scored and 33 hits, both second-highest on the team. Goff had a great eye at the plate as she drew 17 walks, and her power potential showed as she connected on a homer and tallied a team-high two triples last season.

Shaping incoming players is  a significant part of Montgomery’s consistency philosophy for the team. Having appeared in every game last season as a freshman, Jaeda McFarland enters year two looking to build upon a fantastic first campaign.

Along with being named Big Ten Freshman of the Year, McFarland was named to the All-Second, All-Freshman and All-Defensive team. McFarland’s four honors is the most honors a player has earned in one season in program history. McFarland led the team with 24 runs scored, 46 hits, 19 RBIs, 4 triples, 68 total bases and 13 stolen bases

According to Montgomery, the biggest aspect McFarland can improve upon is off the field.

“The biggest thing for her growth of improvement is going to come in her voice and her leadership in terms of helping others,” Montgomery said.

“She’s such a good player but so consistent as well. She does both of those qualities at such a high level that she gives us the opportunity every time we go out on the field to make a play that could ultimately win the game for us,” Montgomery said.

Maryland softball is set to build off the unique challenges last season brought the team. Now in his third year at the helm of the program, Montgomery has his first chance in a normal season to show what Maryland can do with him as leader.

The Terps coaching staff doesn’t like to talk about goals for each season, but about the process.

“Goals are fine … but we don’t focus on goals. We focus on maximizing our effort on the field, off the field, and everything that we do everyday,” Montgomery said.