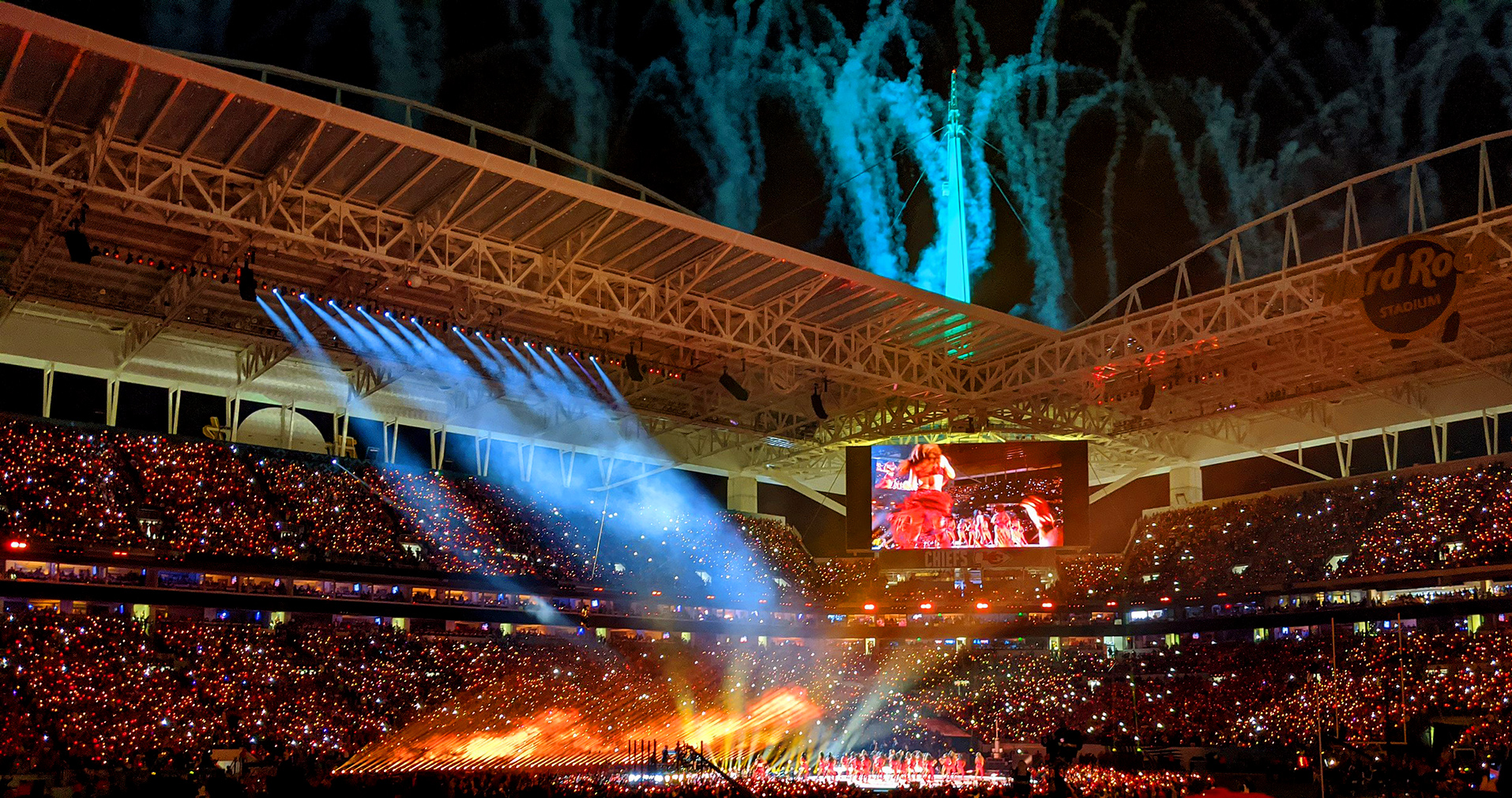 Snoop Dogg, Eminem, Mary J. Blige, Kendrick Lamar and Dr. Dre will headline the 2022 Super Bowl Feb. 13 in Inglewood, California. Aside from the commercials and maybe even the actual football game, the halftime show is easily one of the best components of the Super Bowl — except when it’s not. And when it’s not the best, you definitely know it.

There are a handful of really good halftime shows you probably remember — Beyonce, Lady Gaga, Prince — all super iconic.

Then there are some that are subpar. You don’t remember their name, what they look like or what they even did. These shows have been airing since 1967 — there’s a lot of pressure in making a performance count and giving everyone something to talk about on Twitter for the next month.

But remember that this road travels two ways. Here are five of the worst Super Bowl halftime shows I’ve seen in no particular order.

A clarinet solo and cameo appearance of the Peanuts gang? The 1990 halftime show made my jaw drop. This performance looks like a fever dream. If I got lost and accidentally wandered onto the field, I’d probably cry. Here are more reasons why it’s terrible: the ragtime outfits, the old Peanuts gang costumes —  pure terror in my opinion. We could have heard some great music from that collection. This halftime show is outdated, for sure. It may have been good for the time but my statement still stands. I think it’s scary.

[The Diamond Drag: Episode 5, Save a Queen, of ‘RuPaul’s Drag Race’]

I’ve got a few questions. But let me start off with this: I would pay so much money to go back in time just to sit in the room where they were brainstorming the 1995 halftime show and someone said, “Put this in ink: Indiana Jones scene.” Here’s a follow up: Why did we allow that? I’m sure there was creative sentiment, I guess? My eyes literally watered watching this performance. I got secondhand embarrassment. Patti LaBelle and Tony Bennett certainly deserved better than this.

No YouTube video for this one, but it has to be included. The Janet Jackson and Justin Timberlake halftime show had the worst outcome. Great performance but by far the most infuriating. During the performance, if you don’t know already, Timberlake catches onto Jackson’s top and rips off, revealing part of her chest. This is obviously a horrible incident that happened to her. But at the time, the media and public chose this as an opportunity to vilify her, blaming her for this “classless, crass and deplorable stunt.” A terrible incident that scars the children of America. And are we surprised Jackson’s career had essentially stopped until more recent years but Timberlake’s resumed nearly two years later? No.

I really wish I had been at the 2011 Super Bowl. Christina Aguilera sang the National Anthem in her traditional Aguilera way. Yes, she got the lyrics wrong, but overall it was pretty solid. It could have been worse! It could have been Fergie. Moving on, The Black Eyed Peas. Yikes. I was a big fan of them. My little iPod Nano was filled with their music, but I’d still be disappointed even then. Why is Fergie singing “Sweet Child O’ Mine?” The random trumpets? Will.I.Am’s hair? It’s too much for me. I’m literally shaking with the creative decisions here.

Maroon 5 and Travis Scott, an unlikely pair. Maroon 5 put on an underwhelming performance. It wasn’t a halftime show but simply a Maroon 5 concert. Then we see an iconic SpongeBob appearance. The crossfade between “SICKO MODE” and SpongeBob’s horn fanfare just doesn’t sit right with me. Come on people, let’s work a little magic here. But then Travis Scott appears and begins to rap, “Made this here with all the ice on in the booth!” It literally makes your head whip around and go, “Is that seriously Travis Scott?” To answer your question, yes, it is. Hopefully we’ve learned this combination can never happen again.