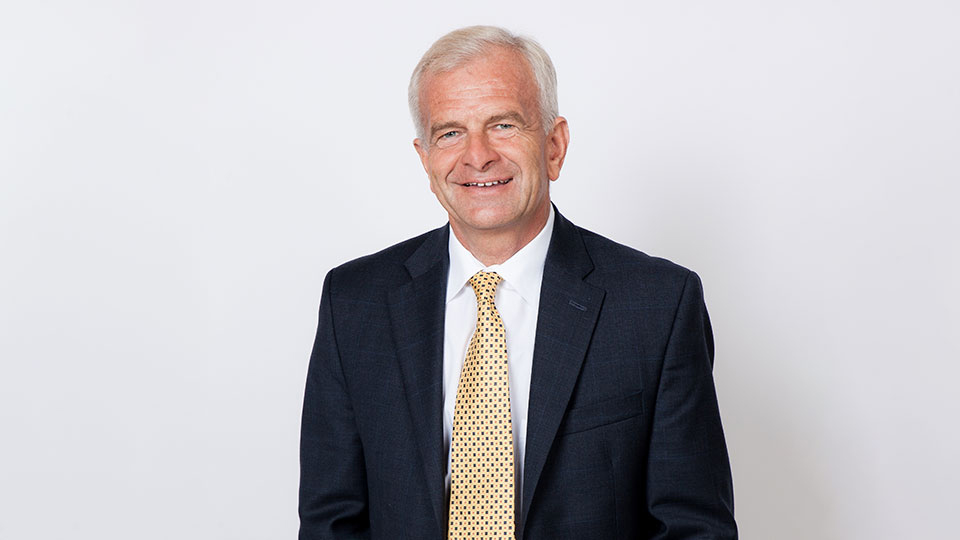 (Photo via the Robert H. Smith School of Business)

He never forgot a student, recalled University of Maryland business school Dean Prabhudev Konana. Teaching was more than just a job to Wellman — it was his life, he said.

“He took it as a pride and was so passionate with what he did,” Konana said. “He was just remarkable.”

Wellman, a professor of management and organization, died unexpectedly from cardiac arrest following a seizure on Dec. 26, 2021. He was 59 years old. He is remembered by students and faculty alike for his detailed stories, zeal for traveling, teaching and mentorship.

Born in Ohio, Wellman received his doctorate from George Washington University, and worked as a professor at this university for more than 30 years.

Winona Axe, Wellman’s older sister, recalled her brother was always inquisitive. Their parents taught them to treat all people the same and to follow God. Her brother embodied those teachings throughout his life, she said.

“He saw the positive and the good in people,” she said. “I never remember him talking bad about anybody.”

Wellman notably directed three global immersion programs at this university, accompanying well over 1,700 students to the United Arab Emirates, Australia and Singapore, among other countries, said Claudia Donnelly, program manager for undergraduate studies at the business school. He also directed the Business, Society and the Economy College Park Scholars program.

Wellman’s role as assistant dean of corporate relations was specifically created for him due to his deep institutional knowledge and countless connections to the business world, Konana said. He often spent time scanning through records of alumni, connecting them back to the business school.

Many of Wellman’s students recalled the detailed and “crazy” stories of his adventures, side-hustles and love for his Tesla.

Donnelly, who was also Wellman’s counterpart in the Business, Society and the Economy scholars program, recalled when Wellman secured a last-minute question-and-answer presentation with the president of the Harley-Davidson corporation for students during a trip to Ho Chi Minh City in Vietnam.

“He never was afraid to be fearless,” Donnelly added.

His approach to teaching was vibrant, and he encouraged students to make mistakes. He would sit students down to go over errors, ensuring that they learned from their failures, recalled Sareet Nayak, a sophomore computer science major.

Nayak noted how different Wellman’s demeanor was compared to the other, more serious professors during class presentations at the end of the fall semester.

“Dr. Wellman had kicked his legs up just to watch the students’ presentations — and he was laughing,” she said. “I think it was just one moment that was like ‘Damn, that’s Dr. Wellman.’”

Wellman was also known for reaching out to students outside of the business school — even before they began studying at the university. Ayman Bootwala, an economics and mathematics major, was personally contacted by Wellman, who pitched the Business, Society and the Economy scholars program to him.

“I could tell there was passion in his voice and that he really loved what he was doing, so I ranked BSE as my first option,” the sophomore said. “He basically changed my career in college because he took the time out of his day to call me when I wasn’t even a UMD student yet.”

Brothers Jorge Richardson, a 2018 graduate of this university, and Carlos Richardson, a senior, were both taught by Wellman, along with their older sister. Wellman saw “the progression of the family,” Jorge Richardson said, pinning apart the different personalities of the siblings.

Under Wellman’s guidance, Carlos created his own major — customer-centric entrepreneurship and innovation, he said. Wellman was instrumental in helping Carlos navigate through the bureaucratic process of creating his own path of study.

“He saw what you wanted to do before you could even see yourself, and then push you towards it,” Carlos said.

“People live in their own small world, they accomplish what they want to accomplish,” Konana said. “But the question is, ‘How much do you influence your peers?’”

On that question, Wellman played a different ballgame, Konana said, gaining the love and respect of the faculty around him.

Working with Wellman was always exciting, Donnelly recalled, because of his fantastic ideas.

“It was a wonderful adventure. He had such a positive, welcoming, generous spirit,” Donnelly said. “It was infectious, and it was enjoyable.”

Axe thinks her brother would encourage those around him, and those that didn’t know him, to live their lives to the fullest.

Members of the University of Maryland community are remembering stories about Wellman on a virtual board.

A celebration of Wellman’s life will be held in late April at the Memorial Chapel.