UMD report gives Maryland a B- for coastal adaptation 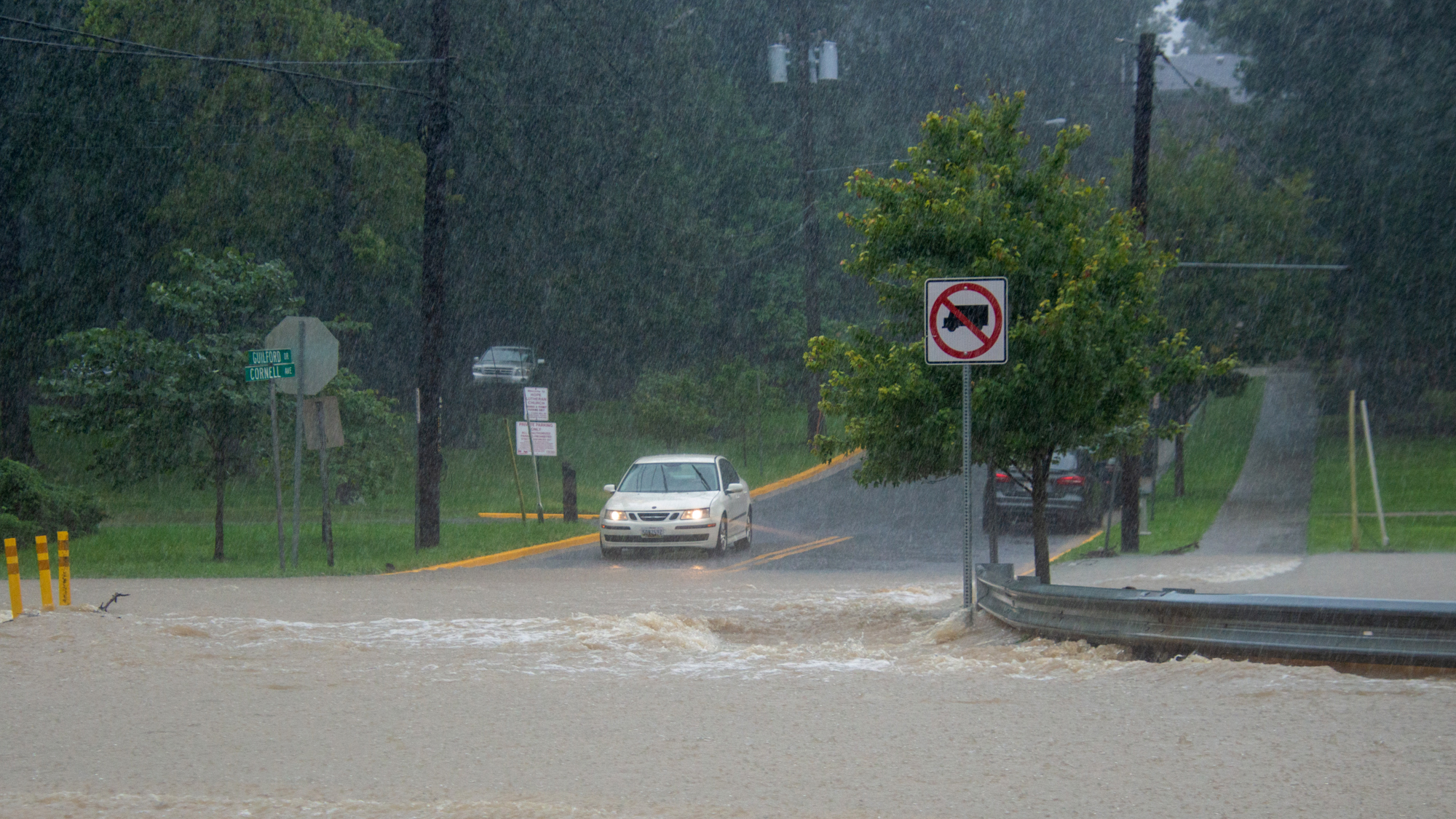 The report card will identify resilience and preparedness by considering damages and avoided damages, loss of life, dollars spent in response to flooding. (Joe Ryan/The Diamondback)

The report card, which gives the state a B-minus in its efforts, was created in partnership with the Maryland Department of Natural Resources.

Ben Grumbles, the secretary of the environment for Maryland’s Department of the Environment, said it highlights some of the state’s strengths and, just as importantly, its weaknesses.

“There are a few other states that are leaders in climate action who are developing various scorecards,” said Grumbles. “It includes 15 indicators for coastal adaptation and four basic categories.”

Grumbles said the report card will help the state track its progress toward increasing resiliency within the environment. It’s important because the state “has one of the longest coastlines that’s vulnerable to climate change,” he said.

According to this university’s environmental science center, the state has more than 3,100 miles of shoreline.

The report card will identify resilience and preparedness by considering damages and avoided damages, loss of life, dollars spent in response to flooding and impacts on ecosystems like wetlands, said Grumbles.

Katie May Laumann, a science integrator with the Integration and Application Network at the environmental science center, said the state had no way of tracking its progress towards climate adaptation in the past.

“I think this is a great jumping-off point for the state and local governments and communities to look at where we are now,” she said.

Laumann explained that it will help governments and communities highlight areas where more work is needed, because the framework will help them track progress. However, the same process to create report cards at community and county levels would be important because what’s needed across the state isn’t always the same as individual levels.

There was a series of workshops to identify important areas of coastal adaptation and work with stakeholders to find data for grading, Laumann said.

For each category, there were smaller workshops, so people with specific expertise or interests could narrow down the indicators based on importance and what had data, she added.

Using the indicators, Laumann said they were able to create target goals for their current conditions. When it came to flooding, she said they did not want critical facilities like search and rescue stations to be in a zone where they would be vulnerable to flooding. In coastal counties that had critical facilities in flood zones, they would receive a failing score, which was used to average an overall score for the indicator.

Jackie Guild, the deputy city manager for resilience and sustainability in Annapolis, said the report card shows some strides in resilience planning, but there is a lot of work to do.

She said more data and funding is needed from the state to help local communities implement plans.

Anne Arundel County and the city of Annapolis need to use the same data, she said, because the city uses multiple mapping systems. She said working with the county would allow them to see every image for each year. To be able to see how things like the sea level rise can change the community, they would be able to better support adaptation plans, she explained.

The report card will be useful as a planning tool, Guild said. They can use the information to make plans when applying for grants and making long-term plans.

“We want our solutions to be resilient enough to last into the future and to be flexible enough that they could adapt to a changing climate,” she said.