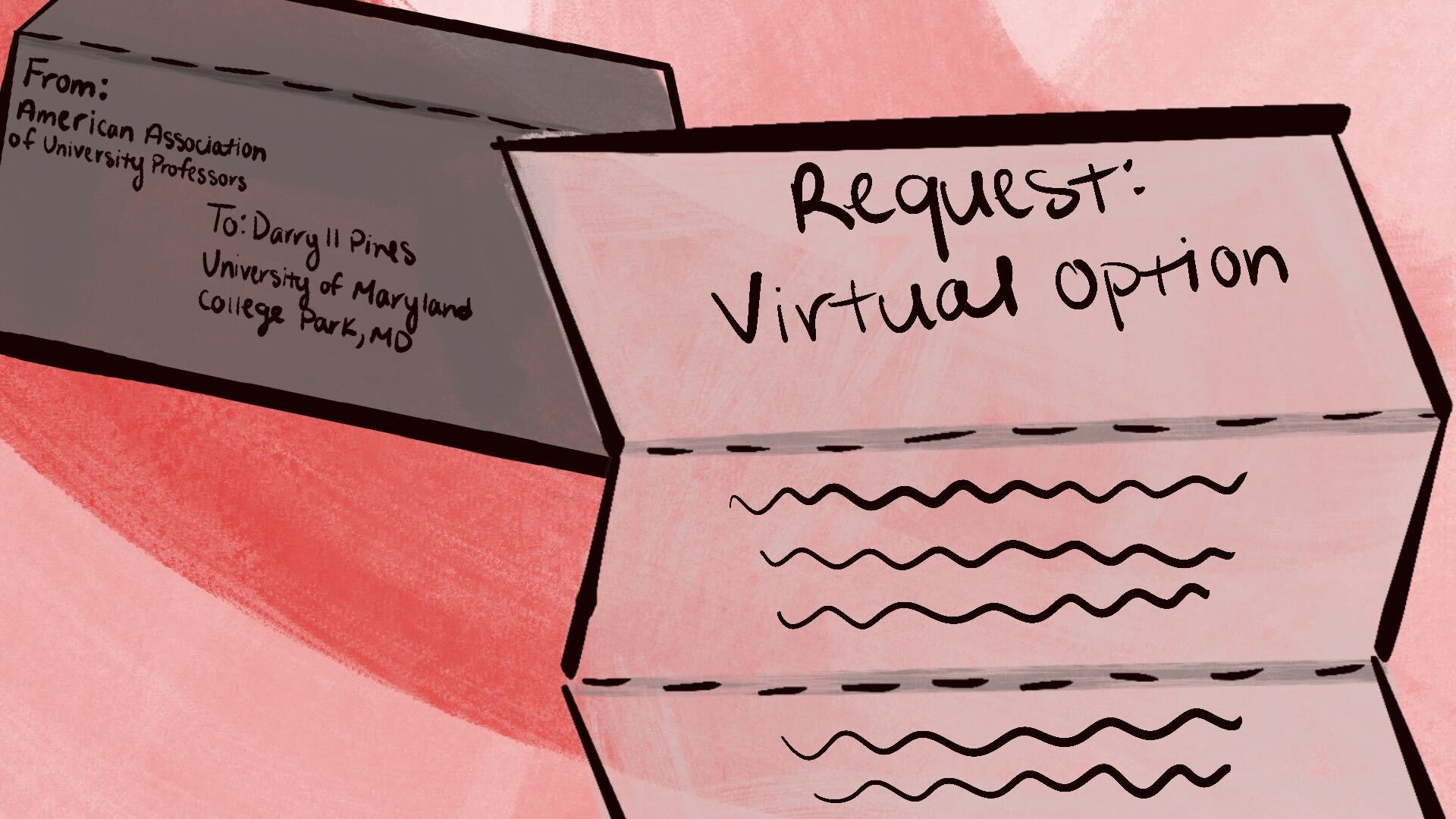 The University of Maryland chapter of the American Association of University Professors is not satisfied with the university’s plan to reopen campus. The organization wrote a letter last week to university President Darryll Pines outlining why professors should be allowed to choose whether they want to teach online or in person for the first two weeks.

However, Provost Jennifer Rice is sticking to a full reopening. She says professors who want to teach online for the first two weeks must consult with their department chair or dean.

“The COVID-19 pandemic may create circumstances in which instructors and/or students are unable to attend classes in-person (e.g., quarantine/isolation, illness, caregiving),” Provost Rice wrote in a Jan. 15 letter to faculty and staff. “Beyond that, we have a commitment to offering classes in the format (in-person, online, or hybrid) that is listed in the schedule of classes.”

In response to the provost’s letter, Karin Rosemblatt, vice president of this university’s AAUP chapter, said the administration is a little bit “out of touch” and called portions of the letter “ambiguous.” For example, Rosemblatt noted Rice does not mention professors with preexisting health conditions.

[Your guide to spring COVID-19 policies at UMD]

“We’re concerned about the current policy because it requires people to justify going online and to seek permission from their unit chairs,” Rosemblatt said. “For graduate instructors or for faculty who are not tenured, they could confront pressures that would force them into situations they wouldn’t otherwise be comfortable with.”

As of fall 2021, 69 percent of faculty are neither tenured nor on track to be tenured, according to the Office of Institutional Research, Planning and Assessment. Untenured faculty have far less job security than those with tenure, so Rosemblatt believes they will be far less likely to raise legitimate issues with their department heads that might preclude them from teaching in person.

William Kenlon, an untenured lecturer in the music school, echoed this sentiment on Twitter, retweeting the AAUP letter.

This articulates my concerns well. And, as someone with no job security and also no decision-making power—no input, but everything to lose—I don't really know how best to bring these concerns to light. So I'm co-signing this statement from @UMD_AAUP. https://t.co/4egjE0fV8s

Along with the vulnerability of untenured employees, professors also aren’t thrilled with the current testing protocol.

Black Faculty and Staff Association President Solomon Comissiong took issue with this university not mandating students to upload a copy of their rapid test results prior to returning to campus.

“It's basically an honor code,” Comissiong said. “They're not even asking you to upload anything, and yes, the test is only as good as the day it’s taken.”

“You should trust people on it, but it makes sense to verify,” Sehgal said.

To isolate pockets of asymptomatic spread of COVID-19, Sehgal said he supports a randomized or surveillance testing strategy, something this university has not implemented.

“One of the reasons that surveillance testing is important is it'll give you a sense of what transmission looks like on campus, and you can adjust the activities that the university is allowing on campus to better meet transmission in the community,” Sehgal said.

Seghal suggested that the reason this university is not investing in randomized testing is because of logistical issues.

“I don't have the expectation that we're going to have another significant surge in the early part of the semester, but there's no reason to not monitor, apart from inconvenience and cost,” Sehgal said.

The varied quality of the ventilation systems within buildings on campus also worries professors like Kenlon.

“We're cramming 30 students into 30-student classrooms where you can't social distance, and ventilation is highly inconsistent across different buildings on campus,” Kenlon said.

The AAUP wrote that it appreciates the mitigation strategies this university has employed thus far such as the KN95 mask requirement and the booster mandate. But its members feel the weeks-long COVID-19 spike prior to Jan. 24, the lack of randomized testing on campus and poor ventilation systems in some buildings and classrooms are reasons why this university should take a wait-and-see approach.