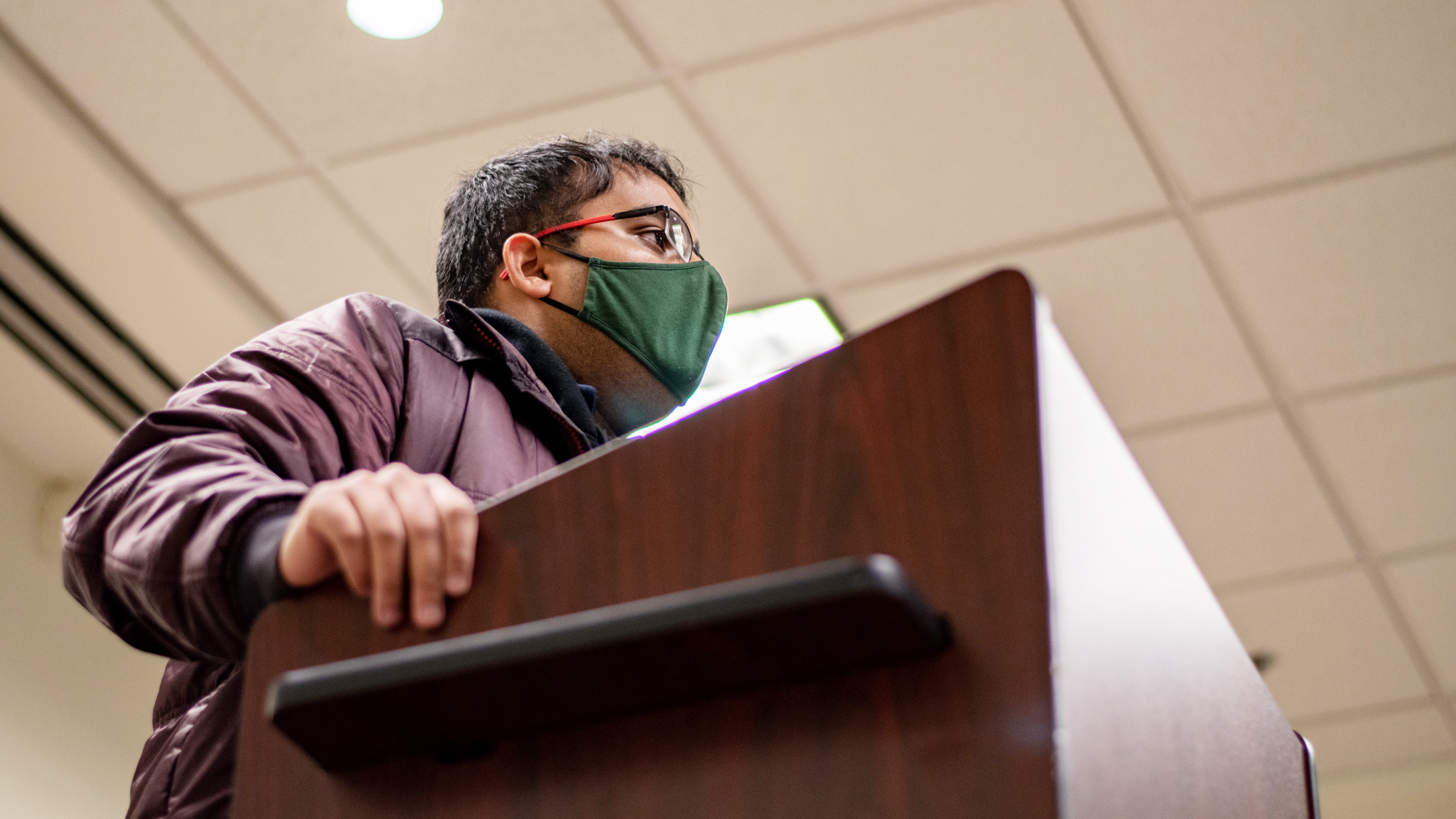 The University of Maryland’s SGA passed an emergency resolution Thursday night calling on university administration to move final exams to an online environment as COVID-19 surges on campus.

Over an hour before the meeting, university President Darryll Pines announced in an email that all winter commencement events are canceled, and students and faculty are required to wear KN95 masks for in-person exams.

Multiple members of the legislation co-sponsored the resolution, which highlights university administration’s lack of preparation for the omicron variant and issues that students have presented to the Student Government Association since the announcement.

“They canceled the commencement, so [administrators] obviously know that is a problem. But they are not willing to cancel in-person finals, which can also be as much of a breeding ground for COVID,” said SGA President Kislay Parashar. “That’s the big issue.”

The bill’s primary sponsor, Nicholas Marks, the education representative, said the university’s decision not to move final exams online “goes against the messaging from UMD administration this entire semester, which has been to follow the science.”

Marks added that he wrote the resolution because “there was a clear need to tell the university that in order to maintain its reputation, it needs to follow what other colleges around the country are doing.”

The resolution cites universities such as Cornell University, George Washington University and Princeton University had moved final exams online due to COVID-19 surges.

“It seems kind of selfish for the university to be doing what it does, and it’s not a personal attack on President Pines at all. It’s just what we think is a misguided position,” said Marks, a freshman government and politics and secondary education major. “It’s a significant health risk with what the university is doing.”

Before the administration’s decision was made public, members of the SGA worked behind the scenes to collect student testimonials in an attempt to persuade the university to move final exams online. Parashar said he forwarded many of the testimonies to administration before they came to a decision about final exams.

“The testimonies were very moving, they were written by students who have issues with going back home right after finals of possibly taking COVID with them,” the senior computer engineering major said.

Once the administration made its decision not to, the SGA went forward with its meeting and passed the resolution with a vote of 24-0 with two abstentations.

“I’m hoping that the resolution really holds administration accountable and lets students know that we try … we fought for them, we fought for what they have been telling us — what they’re scared about,” said Ashley Deng, the SGA health and wellness director. “We’re listening, and we’re really trying to continue to improve our relationship with administration so that in the future, hopefully we can make that difference.”

[UMD dining halls shift to carry out amid COVID-19 surge]

In addition to forwarding student concerns to administration, Parashar said the administration also received the growing online petition started by Ayelette Halbfinger, deputy chief of staff for the SGA.

The petition, which also called on the university to move final exams online, garnered over 3,000 signatures in under 10 hours.

“At the end of the day, we’re here working towards people’s health and I think that’s something that all 30,000-plus undergraduate Terps can get behind,” Halbfinger said. “And to see so many come behind it so quickly has been amazing.”

The junior finance and operations management and business analytics student started the petition after her own concerns about health and safety were echoed by other students around her, including concerns about room capacities, KN95 supplies and testing availability on and around the campus.

She said since starting the petition, she’s heard from many students about their safety concerns with in-person final exams.

Madhulika Nallani, the SGA academic affairs director, echoed Halbfinger’s sentiments, adding that equitable access to testing and other resources is another concern that must be addressed.

“We see the lack and already limited testing facilities that there are, it puts vulnerable communities in College Park at further risk of being unable to get that testing that they need to ensure that they’re okay,” said Nallani, a senior cell biology and genetics major.

The resolution comes as the university reports a semester-high 98 positive cases from campus testing Wednesday, Pines wrote in a campuswide email.

“I have tremendous respect for Dr. President Pines and his entire cabinet, but I don’t think this was the right decision when taking into account the health of our students,” Halbfinger said.
CORRECTION: Due to a reporting error, a previous version of this story misstated Ayelette Halbfinger’s SGA position. She is deputy chief of staff, not chief of staff. This story has been updated.