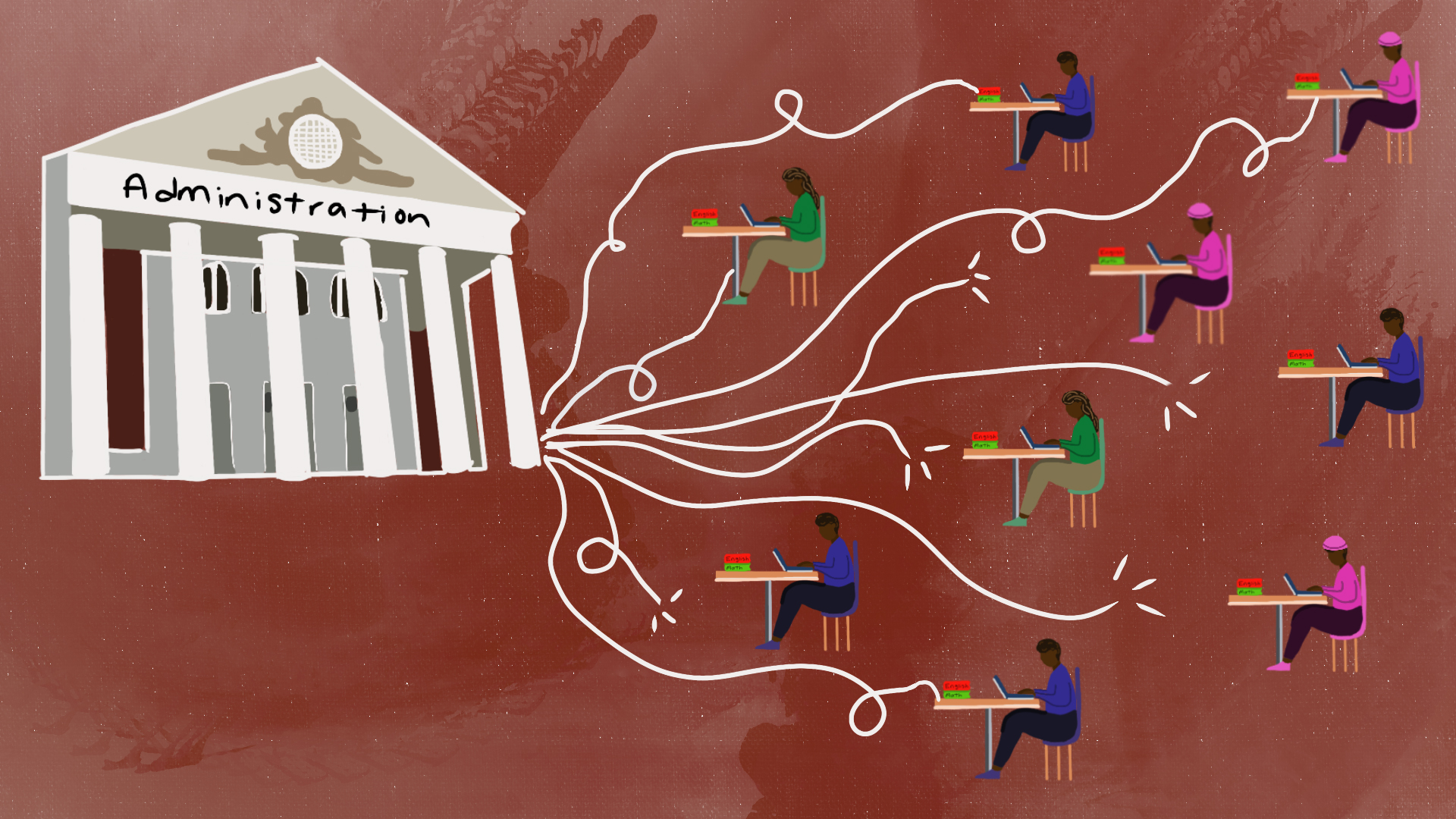 When Ian Penny started kindergarten, his parents enrolled him in school away from his home in Prince George’s County.

Penny, who grew up in Fort Washington but attended K-8 school in Alexandria, Va., said he went to school across the Woodrow Wilson Bridge because his parents thought it would increase his likelihood of attending college.

“I talk to some of my friends who did go to the PG County school system … they felt like they weren’t encouraged or had the support to get to [the University of Maryland],” the junior information systems major said.

Black student leaders at this university aimed to fix this issue last year, calling on the university to prioritize “minority enrollment by doubling the current enrollment of Black students from Prince George’s County and DC by 2025.”

“I would love to be able to say the numbers have turned around completely, and every student who is graduating from Prince George’s County is considering the University of Maryland,” Gundy said. “But, the fruits of our labor are being born right now, so we’re definitely making inroads.”

“Whether we’re going to be able to make huge leaps and strides, I don’t know,” Gundy said. “We are working really hard.”

Part of the university’s efforts include building relationships with community organizations — which are a popular resource for county students to navigate the college admissions process — in addition to local high schools, Gundy said.

“You just need physical people present or at least opportunities where actually people are getting a chance to learn more about [this university],” Penny said.

Senior criminology and criminal justice major Ariana Green feels there has been complacency in this university’s Black enrollment among administrators because it competes with multiple historically Black colleges and universities for Prince George’s County students.

“A lot of Black people they don’t feel comfortable here,” Green said. “When you go to an HBCU, you’re just able to be comfortable in your Blackness.”

The admissions office is committed to countering “misinformation” about this university that is often present in Prince George’s County schools, Gundy said.

The university also hosts the EDGE program, where admitted students stay overnight. The program is not exclusive to Prince George’s County, but many local students use the weekend as an opportunity to get to know the campus, Gundy said.

Junior finance major Shayne Richmond said the EDGE program helped him decide whether to attend this university. But the program would impact enrollment more if it were open to more high schoolers, not just those accepted to this university, Richmond said.

Richmond, who went to K-8 school in Prince George’s County before transferring to a private high school in Virginia, felt fortunate his education outside of the county led him to this university.

“But I looked around once I got here, and a lot of the students that I was around when I was in kindergarten through eighth grade weren’t here,” Richmond said. “I’ve started to ask myself the question: Where are they all?”

The university also offers Maryland Incentive Awards to students in counties across the state, including Prince George’s County. The program targets students who overcome adversity in their journey to college.

Green said correspondence about the Maryland Incentive Awards program was the only outreach she received from her counselors when applying from Oxon Hill High School.

“There is a community here for Black students,” Green said. “But there’s still a lot of work.”