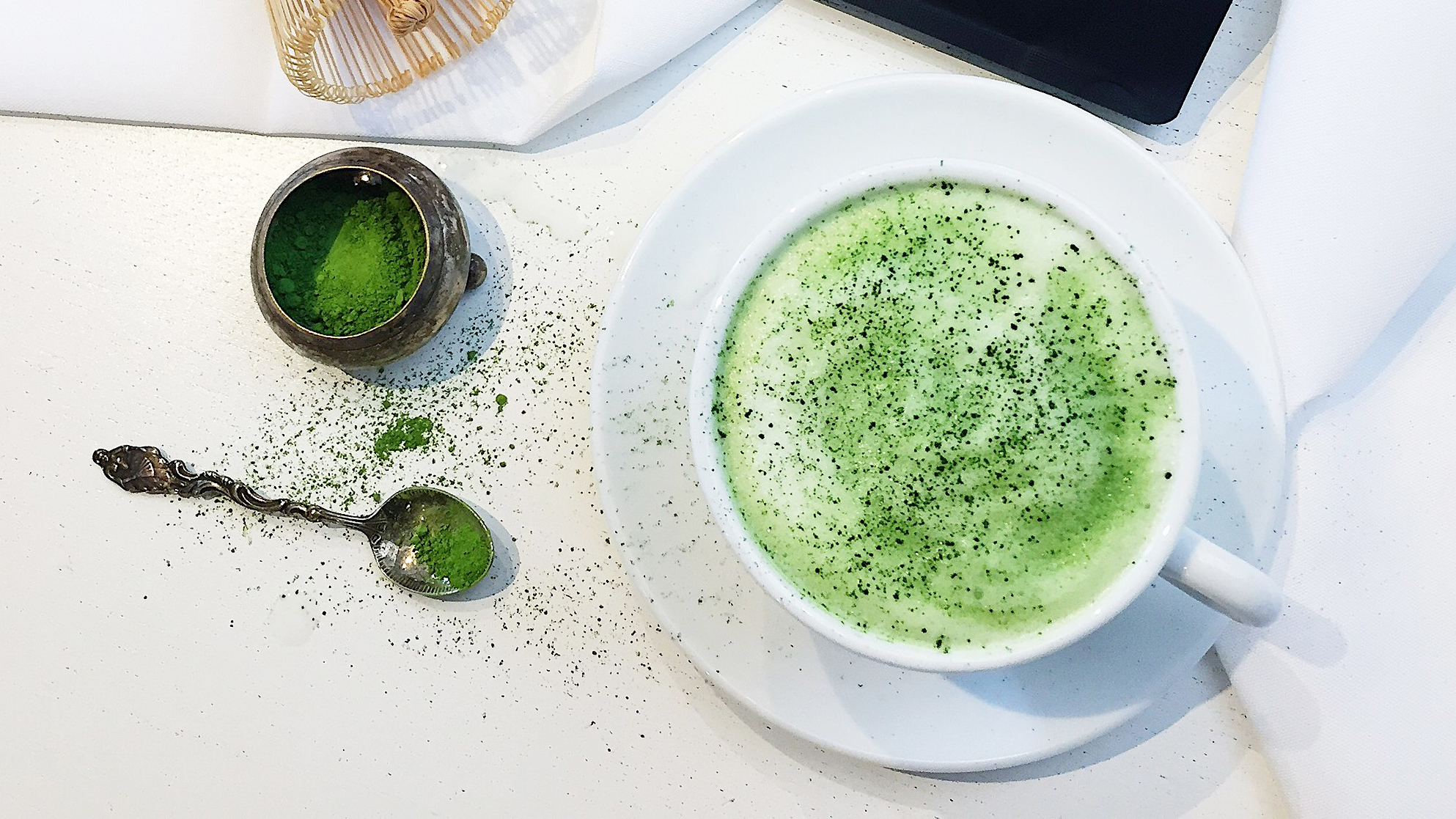 When I order at Starbucks, I tend to stick with what I know: a strawberry açaí refresher or chai tea latte. Recently, I’ve tried to branch out and try other drinks. One that caught my eye was their popular iced matcha tea latte, particularly because of how many orders I saw the barista prepare.

Matcha, a green tea originating from Japan, stands out from other teas because of its lengthy traditional process of preparation and consumption. This Japanese tea ceremony, called chanoyu, serves as part of the tea’s function as a meditation aid at Japanese monasteries and temples. The ritual and the tea itself draws from the Japanese concept of ichigo ichie or “one meeting, one time,” emphasizing the idea that no two ceremonies are alike because conversations, participants, atmospheres, and the tea all differ with each ceremony.

My iced matcha tea latte was ready in less than five minutes, prepared by a barista who turned away quickly to start the next drink.

In many cultures, the process of making food has more cultural and traditional significance than the actual product itself. However, the effects of colonialism have diffused deeply into capitalism, taking the culture out of cultural foods. Businesses and corporations must be more ethically conscious of how culture becomes commodified, and how it can be lost when a product is sold. It is possible for culture and cuisine to be shared and celebrated respectfully. However, when businesses and corporations prioritize profit over culture and history, the process can be reminiscent of colonialism and erases the food’s cultural importance.

Cultural food colonialism is the desire for Euro-American eaters to seek “exotic” foods from colonized cultures. Just because something may be represented in mainstream culture does not mean that its representative of its original roots. If a certain culture’s food becomes popular, what changes in the process? What pieces of culture are lost for the sake of commodification?

Food, a simple tangible item, can be a key part of one’s identity. According to Krishnendu Ray, a sociologist and food studies professor at New York University, for second and third generation immigrants who adopted western clothes and languages, “food is almost the last of the cultural domain that they retain a vivid memory of.”

For example, look at fajitas, a Mexican folk cuisine from the Rio Grande border region made of cuts of stripped meat served with tortillas, guacamole, beans and rice. This type of Mexican cuisine was soon adopted by Anglo-Texans to fit their own preferences.

This Mexican dish has a history and culture of bringing the Mexican community together in other pockets of the world. In the past, Anglo-Texans viewed Mexicans as a “contaminated race” that made strongly spiced food using poor quality ingredients. Because of racist assumptions, Anglo-Texans considered Mexican food as unhealthy and unfit for human consumption.

However, despite this painful and traumatic history, fajitas and other Tex-Mex foods are go-to food choices for millions because of popular chains such as Chipotle and Qdoba. Yet, are these places really the best representation of Tex-Mex food and culture? No. They’re two corporations that profit off of food and its culture, without paying true homage to it.

It is possible to make and sell cultural food and honor the culture it originates from. For example, Andy Ricker, an award-winning chef, learned Thai cuisine, ingredients and the language for 13 years before starting his own Thai restaurant. His commitment to learning the roots and origins of Thai cuisine reveals his respect for the culture and how he prioritizes that culture over the profit.

Ricker proves it is possible to learn, cook, eat and respect in one dish. It is problematic and insensitive for food corporations and businesses to prioritize profit and quality without including the culture. It’s not that cultural food should be gatekept or hidden — instead, culture should not be separated from the food in the process of sharing. When a culture’s food is commodified to a point where it doesn’t retain any of its cultural aspects, traditions or importance that it originally started with, the process of enjoying cultural food becomes problematic. Food representation means nothing if the culture is no longer connected with it. It’s important for us to critically examine the roots of our food in order to consume ethically. We can enjoy matcha, fajitas and other cultural foods that are mass-produced by corporations — but only if we push these companies truly take the time to learn the history behind these foods and the culture they’re from.