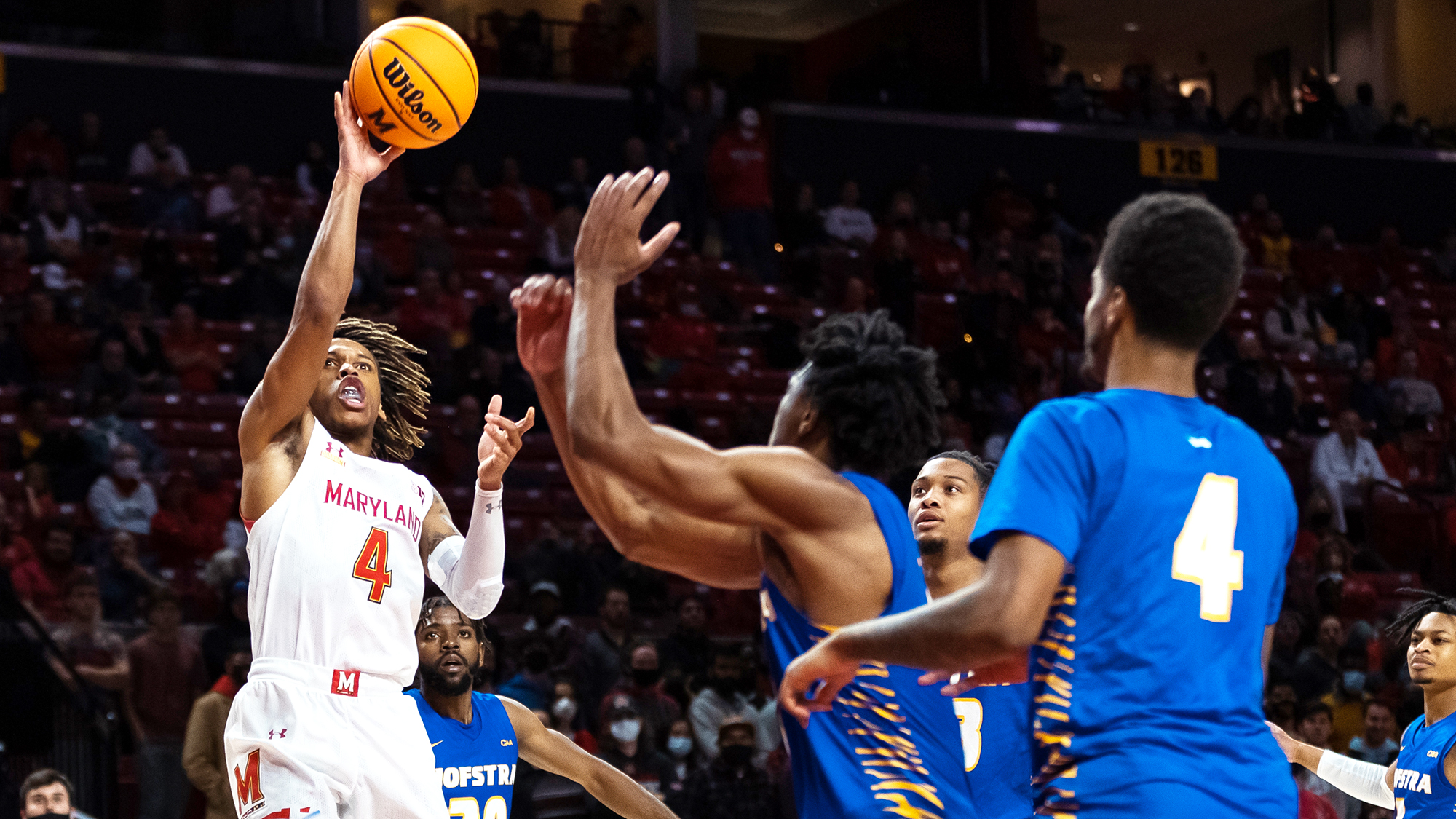 Before Maryland men’s basketball took its first trip away from home this season, coach Mark Turgeon was optimistic that the time away from College Park could be good for his team.

A midseason tournament in the Bahamas could be an inflection point, allowing the Terps a chance to play on unfamiliar territory and build chemistry that is essential for a squad with as many new players as theirs.

With some shooting problems plaguing the opening few games of the season, Maryland had the opportunity to make a statement.

“It’s just a matter of time,” Turgeon said. “Maybe us getting out of here, going down, warm weather, just bonding. Maybe we’ll come back, and we’ll have the hottest team shooting ball in America.”

After night one of the Baha Mar Hoops Bahamas Championship, that could’ve been a reality. The Terps shot 49.1 percent from the field in their win over Richmond, relying on a clip of 65.4 percent in the second half.

But night two brought an underwhelming 38.5 percent from the field against Louisville.

After splitting its two games in the Bahamas, Maryland (5-2) saw two extremes of where its team shooting can take it. Though both games were tight, the Terps saw that efficient shooting brought a win, and a lackluster performance added a tick to the loss column.

With an evenly matched opponent in Virginia Tech visiting for the Big Ten/ACC Challenge, Maryland will have two contested matches to build off of for one of its final nonconference challengers.

“I think we got a lot better. I do think we came closer together,” Turgeon said. “I do think it was good to get away … We got better.”

The Spiders and the Cardinals were a step up in competition for the Terps, and neither game was particularly one-sided. The exception being the fight for rebounds against Louisville, which Maryland was outgained 51-25.

However, Maryland did not allow separation from the Cardinals until the final two minutes when Louisville was able to finish the game out from the free-throw line.

“From a toughness standpoint, I think we competed on that end,” Eric Ayala said of the 86-80 win over Richmond. “It was fun to see us rally around behind each other and try to win the game.”

“The Louisville game, we came up short, but I felt like we tried to play hard,” Ayala said. “We tried to make the right play.”

Although close games have been the calling card of the Terps all season, the latest two provided the clearest picture and gave the players some insight into what may be in store for them the rest of the season.

And if Maryland wants to dispatch a similarly 5-2 Hokies squad, it can look at the two teams that beat Virginia Tech last week.

The Hokies eased their way through their first five games, winning by an average margin of 28 points. However, their opponents were shooting an average 34.4 percent from the field.

The two opponents set season highs for shooting percentage that the Hokies had seen to that point, first the Tigers at 39.3 percent followed by the Musketeers’ 47.8 percent.

Although both games were played with single digit margins for almost their entirety, opposition shooting turned the tides against the Terps’ next competitors.

The Spiders played witness to a season-high night for Hakim Hart, another tool in Maryland’s shooting arsenal. And Scott made a handful of clutch shots against Louisville to keep the Terps within striking distance.

The sharpshooters are there, they just have to find the consistency they’ve craved since game one. With its next opponent reeling from two losses to more consistent shooting teams, Maryland has a target to hit to get another positive result.

“We just getting better, just trying to find a way to win every game,” Ayala said.