This chatbot from UMD professors will answer questions about maternal, infant health 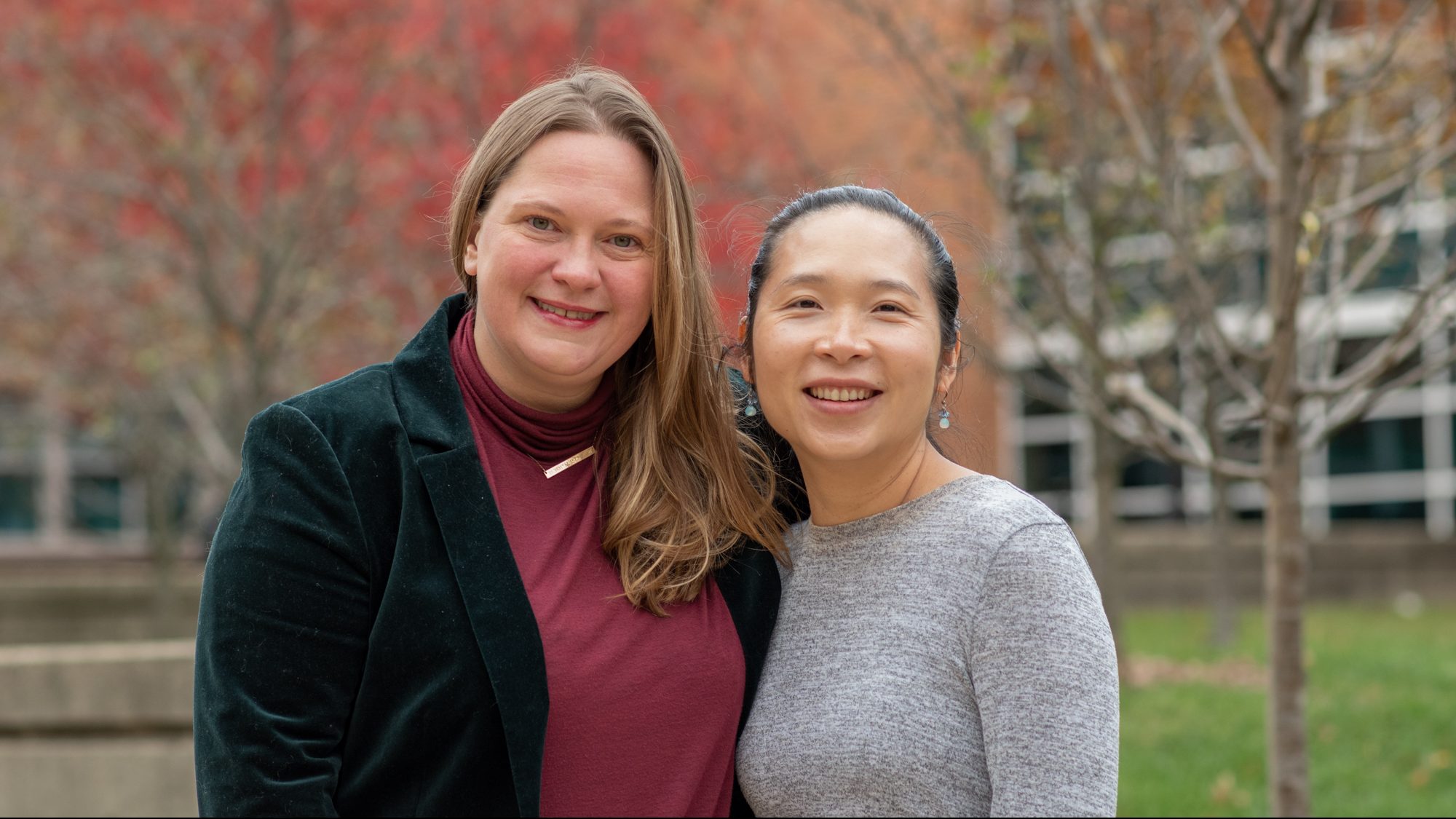 Drs. Elizabeth Aparicio and Quynh Nguyen, two professors in the University of Maryland’s public health school, often get coffee together, and their conversation topics include the stress of motherhood.

For Aparicio, motherhood isn’t just a joyful time — it’s also a period of reduced sleep and less time spent with friends and family.

“We’re talking about some of the stress that we experienced as parents, and just the loneliness and isolation and the worry that parents have, mostly about their babies,” Aparicio said.

Those conversations over coffee have become the launching pad for Aparicio and Nguyen’s latest project: a chatbot to help new moms. The chatbot will be designed to automatically answer questions from users who speak or type a question related to maternal and infant health.

The National Institutes of Health is supporting the project through a $3.7 million grant. The professors are still designing the bot, and once it is released it will be available as a phone app.

The app has three main goals, Aparicio said: decreasing stress, reducing depression and lowering emergency room visits by improving knowledge about infant health. The chatbot will send developmental milestone reminders, she said, so parents will take their children in for wellness checkups.

The professors decided to tailor the app toward women from underrepresented races and ethnicities, Nguyen said. To help design the app, they held focus groups with women of color who told them what they’d prefer as a tool.

The focus groups helped them come up with a design for a chatbot, rather than a website, that would be fostered to common questions that new mothers of color had, Nguyen said. The chatbot will be helpful since parents can ask a question and immediately get a short response, Nguyen said.

“You don’t necessarily want to go to the web, nor do you have time to go to the web when you’re taking care of a baby … or you only have a few moments to spare,” Nguyen said.

Jordan Boyd-Graber, a computer science professor, is working behind the scenes to help design the functions of the chatbot itself. It’s important the bot is unable to answer certain questions, such as ones that ask for medical treatment, because the developers aren’t doctors, he said.

“We need to make sure that those questions are off-limits, and we point them to the correct people,” he said.

Since the app will be targeting a specific audience, Boyd-Graber said the researchers would need to make sure to use simpler language and be able to support anyone whose first language isn’t English.

The chatbot will also cite information from reliable medical sources, such as the NIH or Centers for Disease Control and Prevention, Boyd-Graber said.

“The answers that you get from Google come from things like Wikipedia, or from even scientific articles, and the language there might not be accessible. So that’s one of our challenges,” he said.

Dr. Xin He, an associate professor in the public health school, is also part of the project, assisting with data collection and analysis.

After this project is over, the researchers hope to expand it to help different types of parents and families, Aparicio said.

“We’re hoping to be able to expand to dads in the future, as well as LGBTQ parents to really think through the different ways that families are formed, and the kinds of questions that people might have,” she said.