Review: ‘Silk Sonic’ is a rollercoaster of soul, funk and joy 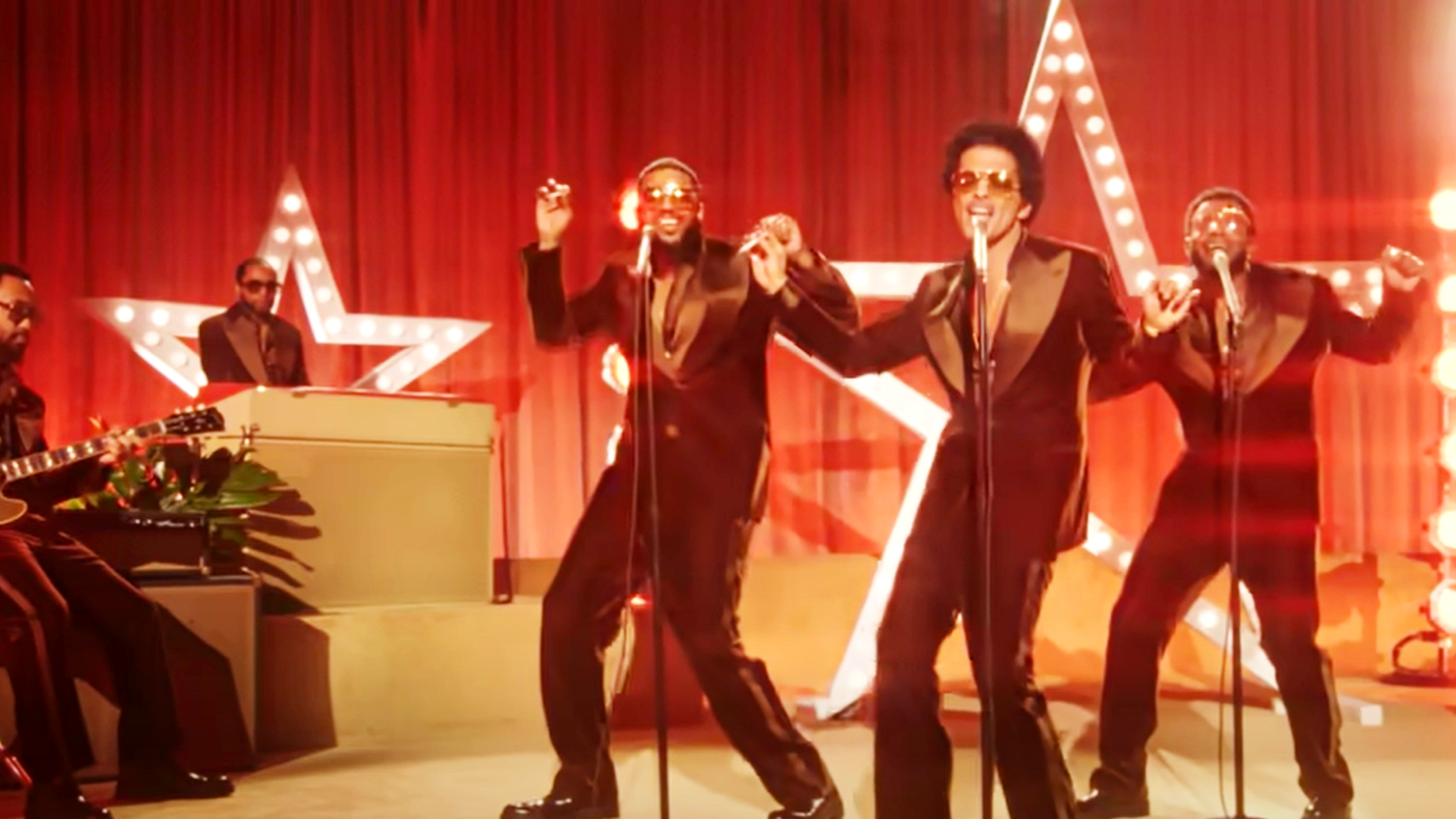 Anderson .Paak and Bruno Mars presented themselves as the duo we didn’t know we needed when their first two singles “Silk Sonic Intro” and “Leave the Door Open” dropped in March of this year. As a longtime fan of both artists, I waited with bated breath as they teased their full collaborative project on social media and released a slow but steady stream of new singles. The group has painted their work under a vintage veneer, proved by a slew of hilariously fun music videos. Then, just this weekend, the two finally gave the people what they want and what they need — the full Silk Sonic LP, An Evening With Silk Sonic.

To put it bluntly, it’s a nine-song paragon of pop fusion. Mars and .Paak strike a perfect balance, and as artists they’re neither too similar nor too different to inhibit the creation of a concept like this new record. They both exude talent. Singers and dancers. They even have similar facial hair. Their past discography proves their both comfortable dipping into funk and soul influences.

Yet, Mars is the charismatic gentleman and .Paak the alluring rogue. Mars boasts unmatched stadium vocals and a charming disposition — “Baby girl, the only thing worth smilin’ for was you,” he sings on “Put on a Smile.” .Paak has a rasp to his voice, his edges a little rougher but his smile a little bigger. He’d just as easily croon as he would rap. He’s a drummer, playing an instrument more bombastic than his counterpart’s piano, he’s a little more daring — “I won’t bite, unless you like,” he sings on “Leave The Door Open.”

Now that we have the project, it seems like a no-brainer. Mars and .Paak have such complimentary styles and working toward this funk and soul ideal only finetunes their work. Their teamwork is seamless. And, I can’t emphasize enough just how fun this album is.

The two create a tongue-in-cheek, nostalgic funky soul group with constant allusions to the sounds of ’70s, including narration from legend Bootsy Collins. They’re clearly not taking themselves too seriously, and that only benefits a project like this. While funk and soul bleed from the album, hints of R&B and even rap can be found here. Returning from 24K Magic, big band horns round out the larger-than-life sound of Silk Sonic. They’re not reinventing the wheel, per se, they’re just adapting it to a new era. It’s still not an easy task, and they go above and beyond expectations.

Vocals here, as with anything Bruno Mars works on, are supreme. Almost every track features a catchy, sing-along chorus. You can’t help but vibe to the timeless melodies instilled throughout the short album. The ad libs inject flavor and spice into any otherwise empty space. .Paak’s gruff complements Mars’ suave, and vice versa. Their playful back and forth on “Smokin Out The Window” is not only stunning but exemplary of their vocal aptitude.

As for the rhythm section, you’d be hard pressed to find better than those who worked on this project. The bass lines paint an undercurrent of funk, and Thundercat’s contribution to “After Last Night” can’t be overlooked. .Paak’s deep understanding of drum patterns is clear, and unsurprisingly he avoids making the beat dull and repetitive, as is common in much pop music. You can hear his diverse approach to the instrument on “Blast Off” particularly, as the beat changes depending on the song’s structure. Such techniques are relatively easy to incorporate, but these can be lacking in others’ music while here it’s crucial to the success of the project. Sometimes, it’s the little things.

Almost every song is a winner here. I’m actually glad the album isn’t any longer, because I think it’s succinct enough that each song can shine individually and with more tracks in this vein, Silk Sonic would run the risk of sounding repetitive. Besides the three singles, which are all excellent, “Fly As Me” stood out particularly as a triumph. It’s fast through the verses but slows up to let the listener strut through the chorus. There’s so much to compliment – the sultry soul screams, .Paak’s raps and rhythm, the call and response from the band in the second half, the glorious breakdown and bridge that follows.

On An Evening With Silk Sonic, Anderson .Paak and Bruno Mars create a detailed and lively tribute to the ’70s without coming across as outdated. They make the reinvention of old sounds for new audiences sound so easy. This album is an amusement park. It slows down before each climax, barrels through the highs and makes you want to scream along. At every turn there’s something sugar coated and enticing. It’s euphoric at some points, relaxing at others. By the end, you can’t wait to try it again.