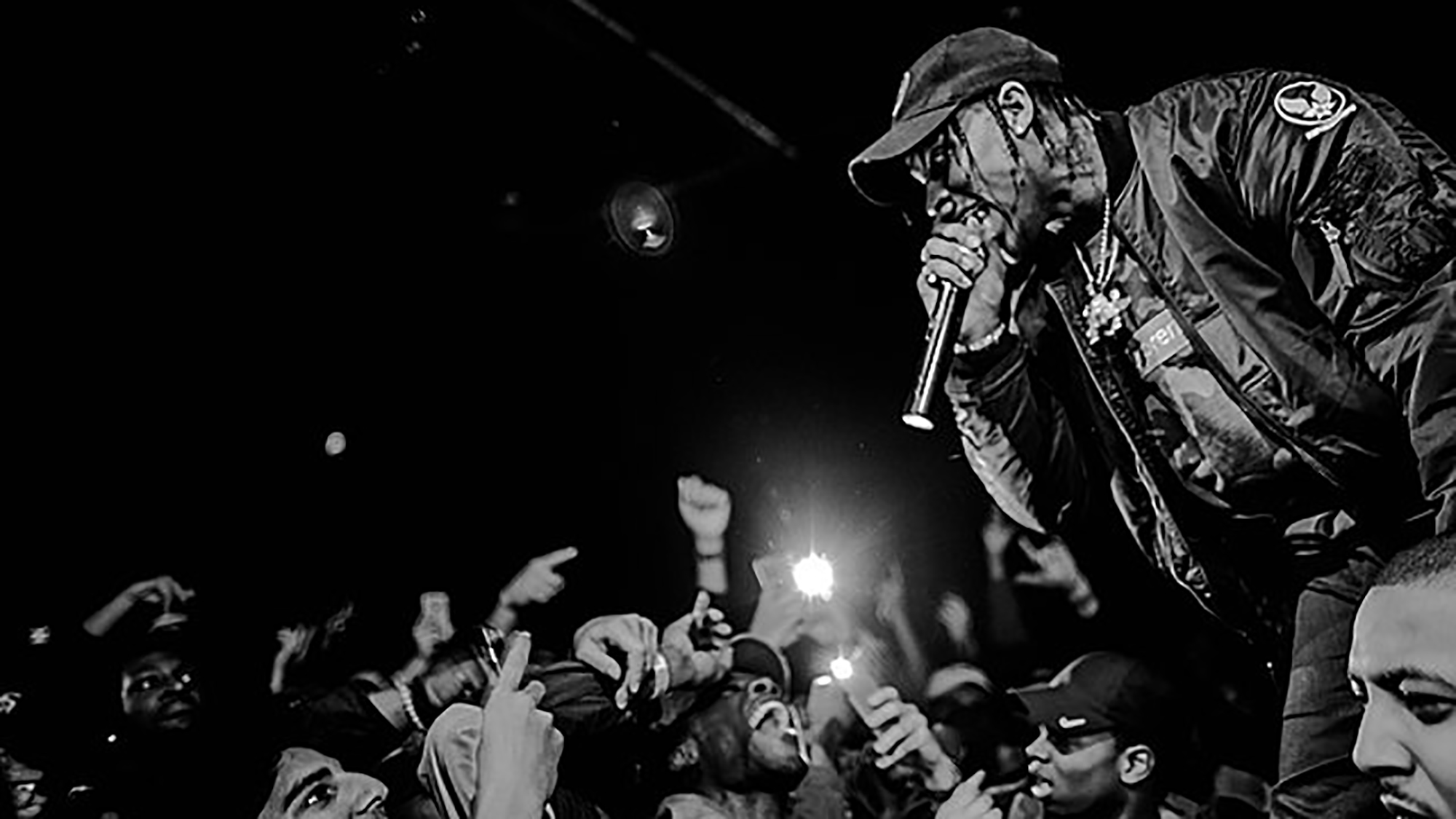 The crowd surge at Travis Scott’s most recent Astroworld Festival is reminiscent of the fatal The Who concert in 1979, where concertgoers surged the venue entrance, resulting in 11 deaths.

It seemed almost imminent that a ferocious rapper with such a considerable fan base, commonly known as “ragers” by both Scott and critics alike, would lead to chaos — but not like this. Not with nine deaths, countless injuries and upwards of 40 lawsuits filed.

Scott, a man known for his excessive use of Auto-Tune, love for his hometown, and most of all, his rabid fan base, is now at the center of live entertainment tragedies, among the likes of events such as The Who concert disaster and Woodstock in 1999.

Known for his melancholy spin on rap and incessant brand collaborations, Scott is equally distinguished by his abrasive fans who lap up anything he touches. With supporters rivaling the fierce likeness of a pop star, it’s not shocking that 50,000 people were in the crowd, reveling in seeing one of their favorite artists live on his own stomping grounds.

[The ‘Wicked’ cast faces backlash before production even starts]

“Raging and having fun and expressing good feelings is something I plan on doing and spreading across the globe,” Scott said in a 2015 GQ interview titled “How to Rage With Travis Scott.”

“We don’t like people that just stand,” he added. YouTube compilations with titles like “TRAVIS SCOTT BEST RAGE MOMENTS” receive thousands of views. Mosh pits are a guarantee at his shows and are a pillar of Scott’s brand.

But raging has its limits.

Nine-year-old Ezra Blount, who fell off of his fainting father’s shoulders at Astroworld, has been in a medically induced coma since last week and is currently showing no brain activity.

Pressure needs to be put on the concert and live entertainment industry, including Scott, his team and Live Nation, a company that helped put on Astroworld. Live Nation has a long past of injuries and deaths of concertgoers since 2006 and there were multiple moments where this tragedy could’ve been prevented.

Scott’s team and head of security were notified days before the event by Houston Police Chief Troy Finner that there were security concerns for Astroworld. Scott continued the show while an ambulance was in the crowd, in addition to the terrified screams of fans that, in my opinion, were different from excited screams at a show.

An ICU nurse, Madeline Eskins, who fainted and was taken out of the crowd by her boyfriend and a security guard, had to aid other injured fans in the medical tent. Medics were seemingly understaffed and undertrained.

Multiple videos show the crowds’ frantic screams for the show to be stopped. One video highlighted two fans urging a cameraman to help stop the show to prevent more harm.

This isn’t the first time Scott has faced blame for wild crowds, either. He has incited fans before and has received charges for it. In 2016, Scott was charged with three misdemeanors for inciting a riot at a show in Rogers, Arkansas.

Kyle Green, a fan who attended a “severely overcrowded” Scott show in 2017 in Manhattan became paralyzed after being pushed off the venue’s balcony.

A different fan was encouraged by Scott to jump from the balcony.

None of that was enough to steer Scott away from his usual antics.

In one video, Scott was visibly confused by the ambulance in the Astroworld crowd.

“What the fuck is that?” he asked while pausing the performance. A few moments later, he said, “Two hands to the sky … I wanna make this motherfucking ground shake, goddammit!”

Knowing the aftermath of aforementioned events, it makes all of the concert footage even more grim.

Artists, especially Scott, need to understand the amount of control they exert over their fan bases. Artists and venues have a duty to protect their fans while at a show. Many performers have stopped shows for less, such as Dave Grohl, who stopped performing because of a fight in the crowd. Grohl clearly and passionately stated fighting isn’t allowed at his shows.

At an October concert, rock band Vundabar stopped performing mid-song because of a perceived altercation in the pit. Lead singer Brandon Hagen called out the situation and suggested the disrupters go outside, and was visibly concerned about everyone’s safety.

Artists are supposed to step in and keep things calm because realistically, fans will listen to them over security.

Scott said he will pay for all the victims’ funeral expenses and is currently partnering with BetterHelp and his Cactus Jack Foundation to offer a free month of therapy for Astroworld survivors. While those are steps in the right direction, especially after Scott’s initial lackluster apologies, this is only the beginning of reformative work needed to prioritize safety at Scott’s and other artists’ shows.

For future music festivals and concerts, safety should be paramount. While pits aren’t inherently the culprit, it’s a combination of lacking security and celebrity culture making fans think that being 20 feet closer will result in a greater concert experience. There are risks associated with being in the pit at a concert. Most fans are aware of this.

To combat this known risk, security needs to be alert and numerically present to help injured fans when something wrong does happen. Artists’ teams and security need to take these concerns seriously so fans don’t die at concerts.

We don’t need another event where concertgoers are left with loss, immeasurable trauma and lifetime injuries in the name of raging.