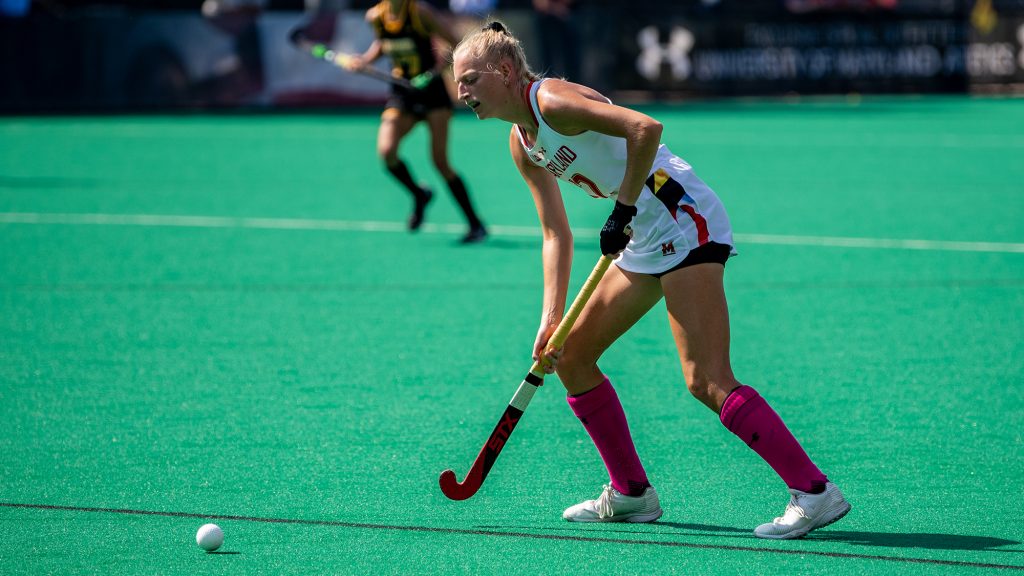 When Maryland field hockey was stretching after its practice on Thursday afternoon, the players talked about their looming NCAA tournament bout.

The Terps host Virginia on Friday in the first round. It’s a Maryland unit consisting of many players who have competed in Final Fours and championship games.

Noelle Frost, who is in her sixth season wearing black and gold, will be in net. Meanwhile, this team’s second-highest goal scorer, Hope Rose, is only a freshman who has yet to experience the demands of a Division I playoff.

But coach Missy Meharg isn’t necessarily concerned by these age differences. All she knows is her team has another shot at postseason glory after an early exit from the Big Ten tournament — and it’ll be on its home pitch.

“The reality is just getting out there and having the opportunity to play again,” Meharg said. “We’re just gonna take it like that and not make it any bigger than any other game.”

Junior Emma DeBerdine led much of that talk. In her first season at Maryland, her team fell in the opening round of the NCAA tournament to the Cavaliers in Charlottesville.

As former ACC foes, the Terps have seen their share of Virginia over the years. The two sides already faced off at Turf Field this season, when Rose buried a game-winning goal to seal a come-from-behind overtime win.

But no matter who Meharg’s squad was going to see on Friday, the team’s confident in its abilities to get past them. Maryland is the fifth-ranked team in the nation after a full season of play in the best field hockey conference in the country.

“We would have been able to play up to every single team, because we have shown that we are [in] good standing in the Big Ten,” Bibi Donraadt said. “We can beat anyone.”

During DeBerdine’s post-practice talk, she emphasized how the younger players on the team had yet to compete in an NCAA tournament game and how this game is a big deal — but they don’t need to look at it that way.

At this point, the Terps control their own destiny. They are two wins away from the Final Four, and their road runs through College Park. Should they beat Virginia on Friday, it would set up a date on Sunday with the victor of No. 4 Penn State and No. 10 Syracuse’s match at the Field Hockey and Lacrosse Complex.

“If we just think about it that way, it makes the task of an NCAA championship so much smaller and so much more doable,” Julianna Tornetta said.

Tornetta transferred to Maryland from Princeton, where she played in back-to-back Final Fours and an NCAA championship game.

In the first round of the tournament in both her freshman and sophomore years, the Tigers faced Virginia. When they missed the Cavaliers her junior year, they saw them in the semifinal.

When the Terps’ matchup was drawn during the selection show on Sunday and Tornetta saw she would still be facing the Cavaliers, she laughed.