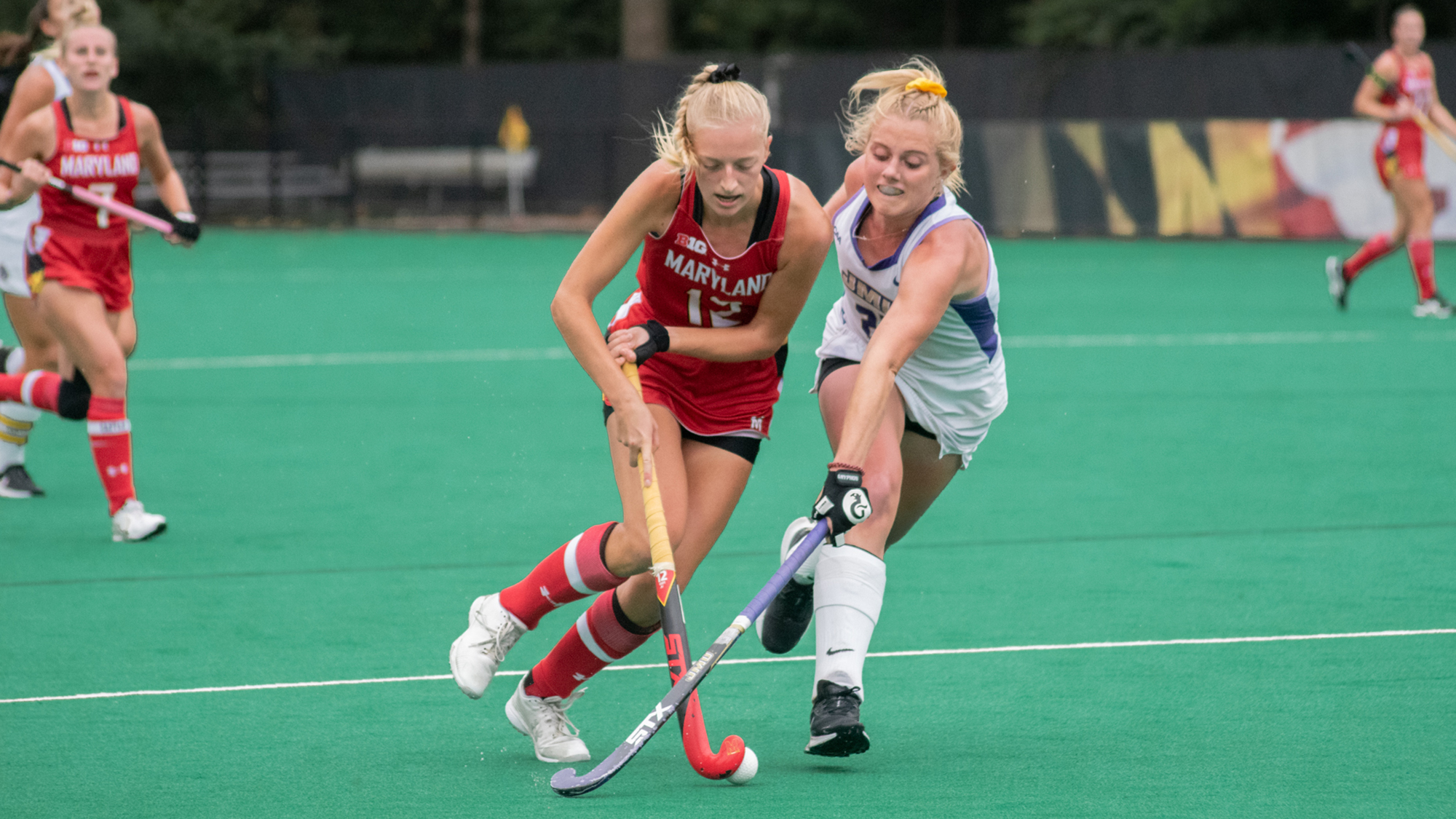 Maryland field hockey and Penn State headed into the fourth quarter of the Big Ten tournament first round tilt in Piscataway, New Jersey, knotted at two. Both of the Nittany Lions’ scores came from Anna Simon — who didn’t earn any All-Big Ten honors this year.

About 30 seconds into the final quarter, it was again clear why the former All-Big Ten second team member was still a force to be reckoned with. Simon snuck her stick in between Maryland goalkeeper Noelle Frost and midfielder Brooke DeBerdine and whacked the ball into the back of the goal.

Simon completed her hat trick. And sent the Terps out of the Big Ten tournament unhappy.

“It’s the best teams in the country,” coach Missy Meharg said about the conference tournament. “You have to show up from the beginning.”

It wasn’t the Terps first close game with this Nittany Lions squad.

It was a similar result when the two sides met in College Park on Sept. 18. In a 3-2 Penn State overtime victory. First team All-Big Ten member Sophia Gladieux — one of two unanimous selections to the first team — collected a pair of goals, including the golden one in the extra 10 minutes.

“We’re all disappointed — certainly the staff, certainly the players — that we just didn’t come with a really tough mindset with a great Penn State team,” Meharg said.

Penn State went on to lose its next game on Friday, falling to Rutgers, 2-1. That propelled the Scarlet Knights to the Big Ten championship, where they stunned Michigan to pull off their first-ever Big Ten tournament title on Sunday afternoon.

The Maryland team was together on Sunday night, like most NCAA field hockey teams were, watching the NCAA Tournament selection show. And they were able to rejoice — the Terps will host the first two rounds of the tourney at the Field Hockey and Lacrosse Complex.

Maryland will have a rematch with Virginia — which it topped in overtime on Oct. 7 — on Friday at 2:30 p.m., while the No. 4 overall seed Nittany Lions come to town to face Syracuse at noon.

As the season progresses, the Terps continue to feel more confident every week. Meharg’s squad has faced adversity before over the years in College Park. And the Terps feel ready for what’s ahead.