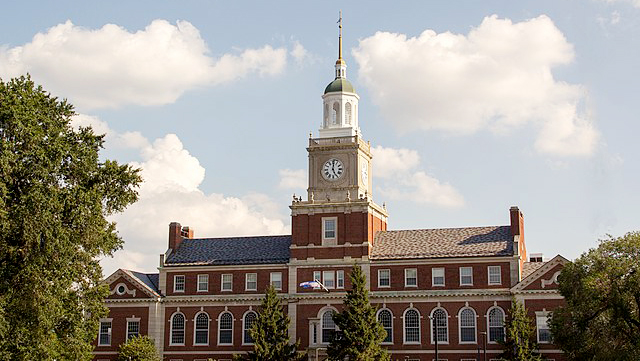 By now, most of you have heard about the ongoing protests at Howard University. Students have been occupying the school’s Armour J. Blackburn University Center, the equivalent of our Stamp Student Union, for weeks to protest poor housing conditions in dorms including mold, rat and roach infestations.

The students’ demands included having an in-person meeting with the university President Wayne A. I. Frederick and students reinstated as members of the trustee board. In response, the university administration has been anything but receptive, downplaying their complaints. It even blamed the protesters for employee layoffs it had made, pitting students and workers against each other in a move that hurt the agency of both groups.

While Howard students are fighting first and foremost on their own behalf, they are shining a light on students’ rights violations which are relevant to all of us. Through the lens of the issues at one school, we can uncover a major issue with the dynamics between students and administrations across the nation.

Yes, the relationship between a student and their school is transactional in nature. We do pay schools in exchange for an education, and although a myriad of societal factors and pressures play into our decision, it is ultimately a choice. We can choose not to go if we don’t like the conditions. However, this is not an excuse for schools to ignore their students and completely brush off all their concerns. We still have rights, even if it annoys school administrations when we assert them.

We have the right to clean housing on the campuses we pay to be on. Howard’s administration acknowledged this but it also dismissed the protesters’ concerns. Frederick said the “issues are not widespread and the vast majority of our students are living comfortably in their dorms,” according to a statement. The administration couldn’t admit its own faults, even as students were clearly pointing it out right in front of them. The students are owed safe housing, full stop. Anything less is an infringement on the expectations students have when they fork over thousands of dollars to an institution meant to help them succeed.

On a broader level, we also have the right to free speech and to protest; these constitutional rights do not disappear when we go to school. Howard’s leadership only somewhat acknowledged this while qualifying what it thinks students should be allowed to do. In the same statement, Frederick asserted the occupation of Blackburn Center did not constitute peaceful protest because it impeded university operations. The university has also allegedly cracked down on student journalism regarding the protests. Howard’s student newspaper, The Hilltop, has had a number of its articles about the Blackburn Center occupation edited or removed by its adviser, Keith L. Alexander, according to the Student Press Law Center. Again, this shows the sense of superiority the administration desires to have over its students; it thinks it can bully its students into backing down. It may say all the right things, but when students exercise their rights in a way that embarrasses university leadership and exposes its wrongdoing, it can eventually crack down.

So, what can other college students take away from the Howard protests? Of course, these issues don’t just exist at Howard, they exist all across the country. I think these events show how we need to assert our rights as students because our schools won’t support them if it inconveniences them. Howard’s administration certainly didn’t. In this case, solidarity takes on a more important and literal meaning. The students at Howard are not just protesting poor housing conditions, they are protesting violations of their rights as students, and thus the outcome of the protests could have effects for all of us. It is up to all of us to amplify the message and support these protests however we can, because in doing so we are also standing up for ourselves.